Jill Anna Maria Johnson (born 24 May 1973) is a Swedish country and pop singer, songwriter [1] and TV-host. [2] She performed in the Melodifestivalen 1998 contest, winning with the song "Kärleken är" ("Eternal Love"), and represented Sweden at the Eurovision Song Contest 1998 with that song, which finished 10th with 53 points. In 2003 she entered Melodifestivalen for the second time with "Crazy in Love", which finished fourth in the final. She also hosted the final of Melodifestivalen 2005. Johnson is today one of the most successful artists in Sweden, with several Gold and Platinum records and since 2014 even hosted her own Swedish TV-show from Nashville, Jills veranda .

Johnson is from the small town of Ängelholm in the south western part of Sweden, but the surroundings and the media compare her with the biggest stars in the music business. By the age of four, she had decided that she wanted to become an artist, an aspiration towards which she was highly encouraged by her local choir leader. As a 12-year-old, she started off as vocalist in a Country & Western band, Tomboola Band, touring in Norway and Denmark. She signed eventually with EMI-Medley in Denmark and recorded an album, produced by top producer Paul Bruun. The title-track, "Sugar Tree", became a hit in Denmark. In 1996, she had her first Swedish hit with "Kommer tid, kommer vår", a duet with Jan Johansen.

In 1998, she performed "Kärleken är" ("Eternal Love") at national contest Melodifestivalen, winning the Swedish finals and going on to represent Sweden in the Eurovision Song Contest. This established Johnson as one of the prime Swedish artists. The success was followed by the hit album När hela världen ser på and a successful tour.

In mid-1999, Johnson went to Los Angeles to look for material for her second album. At home, she worked with Andreas Carlsson (ASCAP Writer of the Year 2000), who is known for several massive hits, the biggest, so far, being Celine Dion's "That's the Way It Is". She also tried out a few local newcomers and the album Daughter of Eve was released in early 2000. It was very well received and Johnson was compared with some of the world's best artists.

In 2000, she received a Platinum-record in Denmark for the sound-track "Promise To Love" from the Danish block-buster, Eneste Ene. Later that year, Johnson started to collaborate with other songwriters such as Jenny Orenstein, Charlie Stefl, Mary Green [Biem Writer of the Year 2001]. This resulted in her receiving a publishing contract in Nashville, Tennessee. Consequently, in 2002 Johnson's album entitled Good Girl came to be with the help of producer Scott Baggett and some of Nashville's top musicians. This album secured Johnson's artistic sound and style and once again she was extremely well received by the press in their reviews where she was described as an artist of international calibre.

In the Swedish finals of the Eurovision Song Contest 2003 she qualified at fourth place (out of 32 entries) but and her song "Crazy in Love" became a hit and received a great deal of radio play and was followed by a successful tour.

Johnson's collective Discography CD was released in late March 2003. It contains the 20 most popular songs since her debut in 1995. The CD went straight into the sales charts for best selling CDs in Sweden. The single "Crazy in Love" stayed at No 1 in the Swedish Top Charts (Svensktoppen) 12 weeks consecutively and No 2 for 15 weeks. Discography sold Gold in Sweden and Johnson also got a Grammis for this album.

The album Roots and Wings was released in November 2003, recorded and produced by Amir Aly in Sweden and by Scott Baggett in Nashville, Tennessee. Roots and Wings sold Gold in less than two weeks and Platinum a few months later.

The album Being who you are was released in Sweden in late March 2005 and sold Gold in only a few weeks.

Johnson was the host of the 2005 Swedish finals of the Eurovision Song Contest in Stockholm. In 2014 she became the hostess of her own Swedish musical TV-series, Jills veranda , where she brought together and performed with different Swedish and American music personalities in Nashville, the city where she also spends much time working with her own music. In 2014, she was awarded with the Swedish Kristallen-prize for "Female host of the year", due to Jills veranda. The show aired two following seasons in 2015 and 2017. In 2016 she participated in the popular musical TV-series Så mycket bättre , which was broadcast on TV4.

In 2019, Jill released the single "Is It Hard Being A Man?" among others which topped the Swedish radio charts. The same year, Jill went on a club tour, "My Remedy Tour", which visited fifteen citites and premiered on the 8th of March in Malmö. On the 18th of August 2019, Jill hosted her own episode in the popular Swedish radio show Sommar i P1.

Johnson will play the role as Camilla in the Swedish TV-series "Udda Veckor", which airs on Discovery+ during the spring of 2021. Jill's participation in the show marks her debut as an actress in a ficitv role. 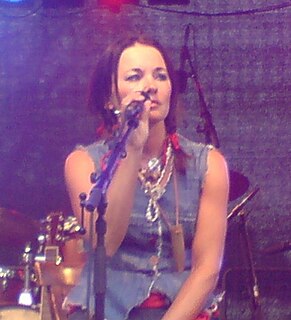 Sophie Zelmani is a Swedish singer-songwriter who released her first single in 1995, called "Always You".

Mustasch is a heavy metal band from Sweden. They were formed in the fall of 1998 by Ralf Gyllenhammar, Hannes Hansson, Mats Hansson, and Stam Johansson in Gothenburg.

Eva Östlund, better known by her stage name Eva Eastwood, is a Swedish songwriter and singer who sings rockabilly and rock'n'roll songs. 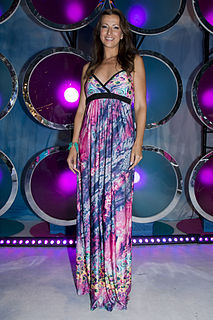 This article includes the discography of the Swedish singer Carola Häggkvist. All references are from Swedishchart.com.

Jonathan Johansson, born August 29, 1980, is a Swedish musician and singer-songwriter from Malmö. He is currently signed to Hybris Records. 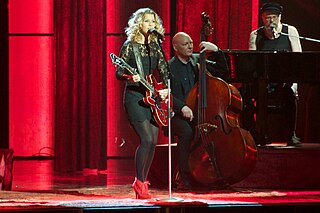 Pernilla Maria Theresa Andersson Dregen is a Swedish songwriter and singer. She is the singing coach for the TV-program True Talent. 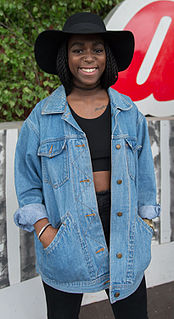 Christoffer Kläfford is a Swedish singer, born in Ramsberg, Sweden. 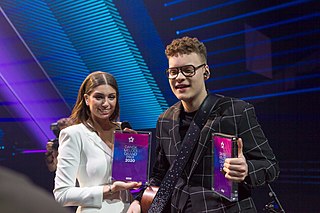 Ben & Tan are a Danish duo consisting of Benjamin Rosenbohm and Tanne Balcells. They were due to represent Denmark in the Eurovision Song Contest 2020 in Rotterdam, with the song "Yes", until it was cancelled due to the COVID-19 pandemic.