Last updated May 26, 2022
American game show host and DJ (1932–2014)
This article is about the game show host/disc jockey. For the cartoonist of The Oklahoman, see Jim Lange (cartoonist).

James John Lange ( /læŋ/ ; August 15, 1932 – February 25, 2014) was an American game show host and disc jockey. He was known to listeners in the San Francisco and Los Angeles radio markets with stints at several stations in both markets, racking up over 45 years on the air. Lange was also known to television viewers as the host of several game shows, including The Dating Game .

Lange began his radio broadcasting career in the Twin Cities after winning an audition as a teenager, later appearing as kids show host "Captain 11" on WMIN-TV. [2] He graduated from Saint Thomas Academy, going on to the University of Minnesota on a scholarship from the Evans Scholars Foundation. [3] [4] [5] [6] [7]

After graduating from the University of Minnesota and serving in the Marines, Lange moved to San Francisco. After making his Bay Area broadcast debut as "The All-Night Mayor" on KGO, he moved to afternoons on KSFO in 1960. [8] [9]

Lange's network television career began in San Francisco with The Ford Show in 1962, where he was the announcer for, and sidekick to, host Tennessee Ernie Ford. Three years later he would sign on to host The Dating Game (1965–1980). [8] While still on-air at KSFO, he commuted to Los Angeles to tape the TV program.

Lange also appeared as himself on Bewitched , Laverne & Shirley , The Super Mario Bros. Super Show! , Parker Lewis Can't Lose and Moesha . He appeared as a celebrity player on Scrabble during their 1988 "Game Show Host Week", and on Hollywood Squares for their "Game Show Week" in December 2002.[ citation needed ]

Lange was introduced to Los Angeles local audiences on KMPC in 1970, in order to limit his commute while taping The Dating Game. He returned to Gene Autry/Golden West-owned KSFO by 1971 and remained there until the station was sold in 1983. He then returned to KMPC, where he did mornings and afternoons (at different times) until the end of the decade.

In the early 1990s, Lange returned to full-time radio in the Bay Area. During that period he initially worked afternoons on 610/KFRC. [8] He eventually accepted an offer to broadcast weekday mornings on "Magic 61," by then owned by real estate magnate Peter Bedford (Bedford Broadcasting). Magic 61 was formatted as "American pop standards" (Frank Sinatra, Tony Bennett, Johnny Mathis, Harry Connick, Jr., Peggy Lee, Ella Fitzgerald, et al.). After the sale of KFRC AM and FM (99.7) (the new owners decided to simulcast the FM "oldies" format on 610 AM), Jim and the show decamped for a run on KKSJ, San Jose. [15] [16] [17]

In 1997, Lange became morning host of The Lange Gang on KABL in San Francisco. Lange retired in 2005 [14] after KABL went off the air. He also appeared as himself in the critically acclaimed 2002 film Confessions of a Dangerous Mind . In later years, he lived in Marin County, California, with his wife, Michigan native Nancy Fleming, former Miss America 1961, whom he married in 1978. [18] [19] [20]

KCBS is an all-news radio station located in San Francisco, California. It is owned by Audacy, Inc., which took over after its merger with CBS Radio.

Terence McGovern is an American actor, television broadcaster, radio personality and acting instructor. He is best known as the original voice of Disney character Launchpad McQuack from DuckTales and spin-off Darkwing Duck. he was also elected into the Bay Area Radio Hall of Fame as a member of its Class of 2008.

Hilly Rose was an American radio personality and a pioneer of the talk radio format. His professional career has spanned seven decades. He was inducted into the Bay Area Radio Hall of Fame as a "Living Legend" pioneer broadcaster in 2016. 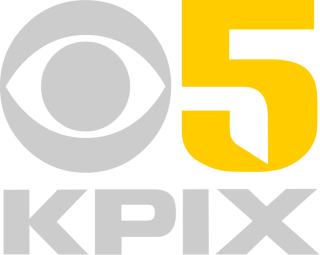 KPIX-TV is a television station licensed to San Francisco, California, United States, broadcasting CBS programming to the San Francisco Bay Area. It is owned and operated by the network's CBS News and Stations division alongside CW outlet KBCW, also licensed to San Francisco. Both stations share studios at Broadway and Battery Street, just north of San Francisco's Financial District, while KPIX's transmitter is located atop Sutro Tower. In addition to KBCW, KPIX shares its building with formerly co-owned radio stations KCBS, KFRC-FM, KITS, KLLC, KRBQ and KZDG, although they use a different address number for Battery Street. 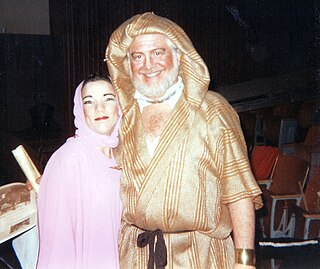 Jim Eason is a conservative talk radio personality who hosted broadcasts from 1966 to 2000 in the San Francisco Bay Area. He always ended his talk shows with the catchphrase "Do what you can, but behave yourself". His early 1970s theme was Herbie Mann's "Hold On, I'm Coming". In the 1990s he changed his theme to the Dave Brubeck/Paul Desmond jazz classic "Take Five".

Steve Somers, nicknamed the Schmoozer, is an American talk radio host best known for his work on the New York City sports radio station WFAN. He has been with the station since its inception in 1987. 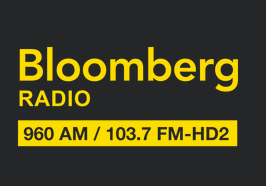 KNEW is an American business talk radio station licensed to Oakland, California, and serving the San Francisco Bay Area. It is owned by iHeartMedia and most of the programming comes from Bloomberg Radio. KNEW also carries Oakland Athletics baseball games. The radio studios are located in the SoMa district of San Francisco.

KSFO is a commercial AM radio station in San Francisco, California. It is owned by Cumulus Media and airs a talk radio format. The station's studios and offices are on Battery Street in the SoMa district of San Francisco, along with five other Bay Area Cumulus stations. 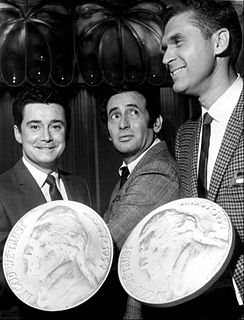 Peter B. Collins [1] is an American talk radio host, voiceover talent, entrepreneur, and media consultant based near San Francisco, California. He moved there in 1976 after growing up in the Midwest and starting on a radio talk show in Chicago. He has been a talk show host for several radio stations, and unusual for being a liberal in a genre dominated by conservatives. He also hosted a program on food and wine. From 2005 to 2009, he hosted The Peter B. Collins Show, a syndicated, progressive, radio talk show based at KRXA in Monterey, California. From 2009 to 2020 he produced his show on the internet, via listener-supported podcasts. Occasionally, Collins substitute hosted on KGO-AM in San Francisco. He retired at the end of 2020.

Don Sherwood was an American radio personality. He was a San Francisco, California, disc jockey during the 1950s and 1960s. Billed as "The World's Greatest Disc Jockey," Sherwood spent most of his career hosting a 6-9 a.m. weekday program on KSFO in San Francisco, which was then owned by the singing cowboy actor Gene Autry. 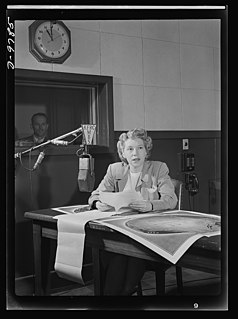 610 KFRC was a radio station in San Francisco, California in the United States, which made its first broadcast on Wednesday, September 24, 1924, from studios in the Hotel Whitcomb, at 1231 Market Street. KFRC originally broadcast with 50 watts on the 270 meter wavelength, then moved to 660 kHz in April 1927. As part of nationwide frequency reallocations on November 11, 1928, KFRC was moved to 610 kHz, where the call letters remained until 2005.

"Sweet" Dick Whittington is a long-time Los Angeles disc jockey who has also appeared as an actor in movies and on television.

KZSF is a broadcast radio station in the United States. Licensed to San Jose, California, KZSF serves the San Francisco Bay Area and has a regional Mexican music format branded "La Kaliente 1370 AM." The station has been owned by Carlos A. Duharte since 2001.

The following is a list of events affecting radio broadcasting in 2014. Events listed include radio program debuts, finales, cancellations, and station launches, closures and format changes, as well as information about controversies.

Jimmy Coleman, known professionally as J. Paul Emerson, was an American talk radio personality who held time slots at several big market American radio stations over the course of his career. He is perhaps best remembered for his dismissal from the radio station KSFO in San Francisco, California in 1995, following controversial remarks he made about gays and people with AIDS. He famously appeared as a guest on the Phil Donahue Show. Previous to that he was fired from another Bay city frequency, KFRC, for uttering anti-Asian remarks. He was then hired by KSFO when it replaced its existing talk radio format with a conservative format called Hot Talk in an effort to improve ratings.