During his military career, Molan commanded the 6th Battalion, Royal Australian Regiment, the 1st Brigade, the 1st Division and its Deployable Joint Force Headquarters, and the Australian Defence College. In April 2004, he was deployed to Iraq for a year to serve as chief of operations of the new headquarters for the Multinational Force in Iraq. He was awarded the Distinguished Service Cross, as well as the Legion of Merit by the United States government. He retired from the Australian Army in 2008, and later that year released his first book, Running the War in Iraq.

Following his retirement from the Australian Army, Molan was appointed by the Abbott government as a special envoy for Operation Sovereign Borders and was subsequently credited with being an architect of the coalition's Stop the Boats Australian border protection and asylum-seeker policies. [3] [4] In 2016, Molan unsuccessfully stood as a Liberal Party candidate for the Senate in New South Wales at the 2016 federal election. [5] [4] [6] In December 2017, during the parliamentary eligibility crisis, the High Court declared him elected in place of Fiona Nash, who was ineligible to stand. [7] He was not re-elected to the Senate in the 2019 federal election.

On 10 November 2019, Molan was selected by the NSW Liberal Party to fill the casual vacancy left by the resignation of Senator Arthur Sinodinos. He was appointed by a joint sitting of the NSW Parliament on 14 November 2019. [8] At the 2022 election, he was re-elected to a six-year term that was supposed to expire 30 June 2028. He died less than a year into his new term.

Molan joined the Australian Army following completion of his schooling in Victoria. On graduating from the Royal Military College, Duntroon in 1971, [9] he was allocated to the Royal Australian Infantry Corps. [10] He graduated with a Bachelor of Arts from the University of New South Wales and a Bachelor of Economics from the University of Queensland. [11] He was a graduate of the Australian defence force's School of Languages where he studied Indonesian. [10] He maintained an interest in aviation and held civil commercial licences and instrument ratings for fixed and rotary wing aircraft. [12] He was also a fellow of the Australian Institute of Company Directors (FAICD) and was accredited as a master project director (MPD). [11]

Molan served as the army attache in Jakarta as a colonel between 1992 and 1994 and for this service he was awarded the Indonesian decoration Bintang Dharma Yudha Nararya in 1995. Between 1998 and 1999, Molan was the defence attache in Jakarta as a brigadier and served in East Timor. [9] On 25 March 2000 he was upgraded to an Officer of the Order of Australia for his service in Indonesia and in East Timor. [16]

In April 2004, he was deployed for a year to Iraq. He was despatched to serve as the chief of operations of the new Multinational Force in Iraq headquarters that was being planned. However, he initially instead spent some time trying to find a specific role within the headquarters structure, before being allocated responsibility for energy security. [17] He was eventually made deputy chief of staff for operations, and served during continuous and intense combat operations. For distinguished command and leadership in this period, he was awarded the Distinguished Service Cross, and the American Legion of Merit. [18] [19] Molan has been accused of responsibility for planning and carrying out multiple purported war crimes during the attack on Fallujah in late 2004. [20]

After returning from Iraq he served as defence materiel advocate for the Defence Materiel Organisation; and adviser to the Vice Chief of the Defence Force on Joint Warfighting Lessons and Concepts. [21] Major General Molan retired in July 2008. [22]

In August 2008 Molan released his first book, Running the War in Iraq. [23] The book concentrated on his experience as chief of operations in Iraq during 2004–05, and contained some criticism about Australia's capacity to engage in military conflict. [24] In an August 2008 speech, Molan stated that: "Our military competence was far worse than even we thought before East Timor, and people may not realise that the military performance bar has been raised by the nature of current conflict, as illustrated in Iraq and Afghanistan". [25] Writing in a February 2009 article, Molan called for a doubling of the Australian military presence in Afghanistan, from about 1,100 troops to 2,000. [26]

Molan was associated with the Liberal Party, helping to launch the Liberal opposition party's military-led border protection campaign in the lead up to the 2013 federal election in Brisbane on 25 July 2013. [27] Molan has been an outspoken critic of Labor's management of defence matters. [28] Stephen Smith, at the time the minister for defence, described Molan as "partisan" and a "Liberal Party activist". [29] In mid-2014 Molan was engaged as an advisor to minister for defence David Johnston, but resigned after three weeks. In a subsequent interview Molan implied that his resignation was due to dissatisfaction with Johnston. [30]

At the 2016 federal election, Molan was a Liberal party senate candidate for New South Wales. However, in what former prime minister Tony Abbott called a "tragedy for our country and for our party", Molan failed to be elected. [31]

In November 2017, the High Court of Australia ruled that Nationals Senator Fiona Nash was ineligible to be elected to the Senate due to her dual British citizenship. [32] On 22 December, the High Court declared Molan duly elected in place of Nash. [7] [33]

In February 2018 it was revealed that Molan shared, on his personal Facebook page in March 2017, anti-Muslim content from far-right political party Britain First. [34] [35] [36] Molan refused to apologise for his sharing of this material. [35] In response to the Facebook post, Greens MP Adam Bandt accused Molan of war crimes over his actions in Iraq. Bandt later apologised. [37] [38]

Molan was a member of the centre-right faction of the Liberal Party. [39]

In November 2018, Molan polled the third-highest number of votes in the Liberal Party's Senate preselection ballot for the 2019 federal election. Subsequently he was placed in the "unwinnable" fourth position on the coalition's Senate ticket in New South Wales, below Hollie Hughes, Andrew Bragg, and the Nationals' candidate Perin Davey. [40]

However, on 10 November 2019, Molan was selected by the NSW Liberal Party to fill the casual vacancy left by the resignation of Senator Arthur Sinodinos. He was appointed by a joint sitting of the NSW Parliament on 14 November 2019, and served the remainder of Sinodinos's six-year term which expired in June 2022. [8] Molan was re-elected at the 2022 federal election for a six-year term starting on 1 July 2022. [44]

On 3 February 2020, on the ABC program Q&A , Molan was asked about his declaration that his "mind is open" on whether humans were causing climate change. Asked "What is the evidence you are relying on?", Molan replied: "I'm not relying on evidence..." and was promptly laughed at by the live audience. [45] Molan was challenged about being so open minded that "his brain may fall out" in response to the 2019–20 Australian bushfire season and climate change on the same episode of Q&A. [46]

Molan has published his opinion on matters related to his expertise, and gave interviews and speeches to recount his experiences. The following is an incomplete list of his published works, interviews, speeches, opinion pieces and debates:

Molan, son of Andrew Molan, a World War II veteran, and Noni (née Harnetty), was born in Melbourne on 11 April 1950. [9] He was married to Anne and they had three daughters and a son. One of their daughters, Erin Molan, is a media personality and was a presenter of the rugby league television program The Footy Show . [48]

On 5 April 2021, Molan announced that he had been diagnosed with an aggressive form of cancer, and that he would be taking leave from the Senate to undergo further testing and treatment. [49]

The Australian Greens, commonly known as The Greens, are a confederation of Green state and territory political parties in Australia. As of the 2022 federal election, the Greens are the third largest political party in Australia by vote and the fourth largest by elected representation. The leader of the party is Adam Bandt, with Mehreen Faruqi serving as deputy leader. Larissa Waters currently holds the role of Senate leader. 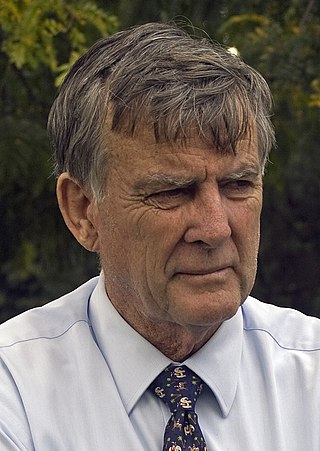 William Daniel Heffernan, is an Australian former politician who was a Liberal Party member of the Senate representing the state of New South Wales from September 1996 to May 2016.

Marise Ann Payne is an Australian politician who served in the Morrison Government as Minister for Foreign Affairs from 2018 to 2022 and as Minister for Women from 2019 to 2022. She has been a Senator for New South Wales since 1997, representing the Liberal Party. 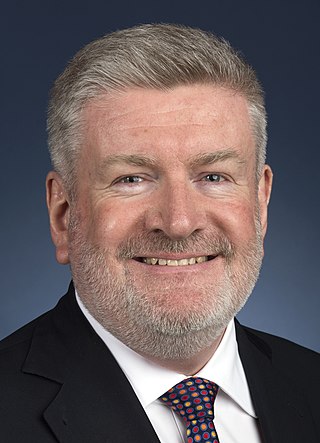 Mitchell Peter Fifield is the Permanent Representative of Australia to the United Nations. He is a former Australian politician who served as a Senator for Victoria from 2004 to 2019, representing the Liberal Party. He was a government minister in the Abbott, Turnbull, and Morrison Governments, serving as Assistant Minister for Social Services (2013–2015), Manager of Government Business in the Senate (2013–2015), Minister for Communications (2015–2019), and Minister for the Arts (2015–2019). 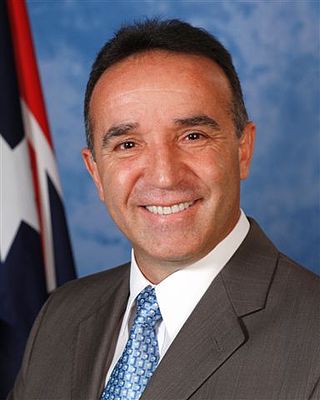 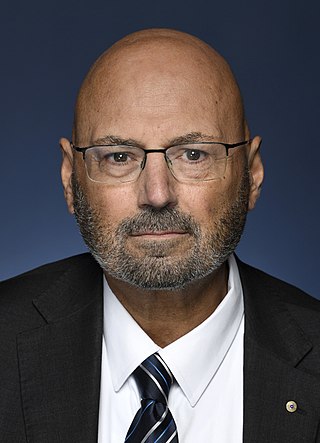 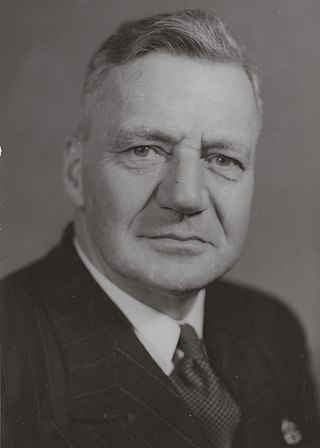 Deborah Mary O'Neill is an Australian politician who has served as a Senator for New South Wales since 2013. Before entering politics O'Neill was a school teacher and university academic. She is a member of the Australian Labor Party and formerly represented the seat of Robertson as a member of the House of Representatives from 2010 to 2013.

David Martin Shoebridge is an Australian politician and former barrister. He is a member of the Australian Greens and was elected to the Senate as the party's lead candidate in New South Wales at the 2022 federal election, to a term beginning on 1 July 2022. He previously served in the New South Wales Legislative Council from 2010 to 2022 and on the Woollahra Municipal Council from 2004 to 2012.

Timothy Francis Owen is a former Australian politician and a former deputy commander of the Australian Forces in Iraq and Afghanistan. He was a member of the New South Wales Legislative Assembly representing the electoral district of Newcastle for the Liberal Party from the 2011 New South Wales state election until 6 August 2014, when he moved to the parliamentary crossbench and sat as an independent, following evidence given to the Independent Commission Against Corruption (ICAC) that he may have breached electoral funding laws. 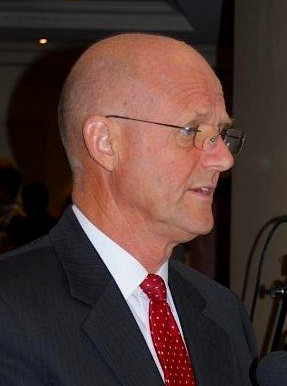 David Ean Leyonhjelm is an Australian former politician. He was a Senator for New South Wales, representing the Liberal Democratic Party from 2014 to 2019. Having been elected at the 2013 federal election, he took office on 1 July 2014, and was re-elected in the 2016 full Senate election. He resigned from the Senate in March 2019 to stand for the Legislative Council at the 2019 New South Wales state election, but failed to be elected. Before being elected to federal parliament, Leyonhjelm worked as a veterinarian and then as an agribusiness consultant. He also writes columns for several Australian publications, with a concentration on rural issues. 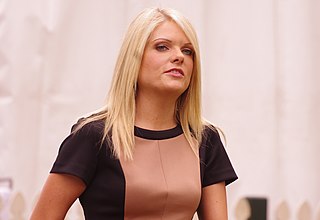 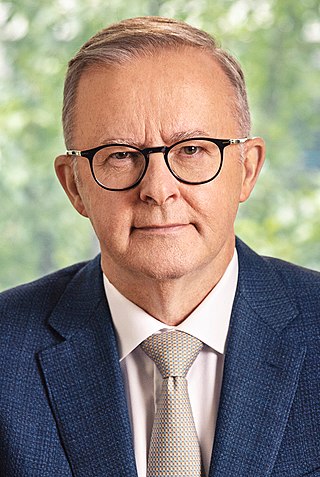 The 2022 Australian federal election was held on Saturday 21 May 2022 to elect members of the 47th Parliament of Australia. The incumbent Liberal/National Coalition government, led by Prime Minister Scott Morrison, sought to win a fourth consecutive term in office but was defeated by the opposition, the Labor Party, led by Anthony Albanese. Up for election were all 151 seats in the lower house, the House of Representatives, and 40 of the 76 seats in the upper house, the Senate.

Andrew James Bragg is an Australian politician who was elected as a Senator for New South Wales at the 2019 federal election. He is a member of the Liberal Party. A member of several committees related to finance and technology, Bragg advocates changes to the Australian retirement system and supports the 2017 Uluru Statement from the Heart. 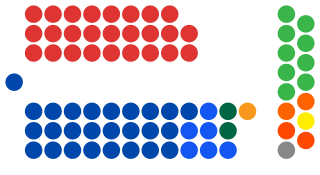 The following is a list of events including expected and scheduled events for the year 2023 in Australia.