Last updated July 04, 2020
Not to be confused with the Japanese animator Gorō Taniguchi.

Taniguchi began his career as an assistant of manga artist Kyuuta Ishikawa. He made his manga debut in 1970 with Kareta Heya (A Desiccated Summer), published in the magazine Young Comic.

From 1978 to 1986, he created several hard-boiled comics with the scenarist Natsuo Sekigawa, such as City Without Defense, The Wind of the West is White and Lindo 3. From 1987 to 1996, Taniguchi and Natsuo Sekigawa produced the 5-volume series Botchan no Jidai. In the 1990s, he came up with several albums, among which Aruku Hito (歩くひと), Chichi no Koyomi (父の暦), and Hitobito Shirīzu: Keyaki no Ki (人びとシリーズ「けやきのき」).

He illustrated Baku Yumemakura’s works, Garouden from 1989 to 1990 and Kamigami no itadaki (The Summit of the Gods) from 2000 to 2003. The later received awards at the Angoulême International Comics Festival in 2002 and 2005. For Kamigami no itadaki, he hiked to Kathmandu, Nepal for research. [1]

Jiro Taniguchi gained several prizes for his work. Among others, the Osamu Tezuka Culture Award (1998) for the series Botchan no Jidai, the Shogakukan prize with Inu o Kau, and in 2003, the Alph'Art of the best scenario at the Angoulême International Comics Festival (France) for A Distant Neighborhood . His work has been translated in many languages. Mexican filmmaker Guillermo del Toro praised his work, stating that "Taniguchi was a manga poet. The Kieslowski of the page. A serene, profound observer of the world." [3]

A Distant Neighborhood was adapted into a live-action Belgian film in 2010. [4] 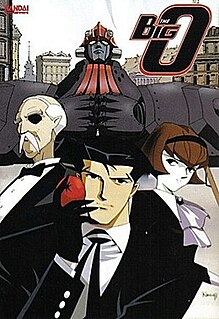 The Big O is a Japanese anime television series created by designer Keiichi Sato and director Kazuyoshi Katayama for Sunrise. The writing staff was assembled by the series' head writer, Chiaki J. Konaka, who is known for his work on Serial Experiments Lain and Hellsing. The story takes place forty years after a mysterious occurrence causes the residents of Paradigm City to lose their memories. The series follows Roger Smith, Paradigm City's top Negotiator. He provides this "much needed service" with the help of a robot named R. Dorothy Wayneright and his butler Norman Burg. When the need arises, Roger calls upon Big O, a giant relic from the city's past.

Bandes dessinées, abbreviated BDs and also referred to as Franco-Belgian comics, are comics that are usually originally in the French language and created for readership in France and Belgium. These countries have a long tradition in comics separate from English-language comics. Belgium is a bilingual country, and comics originally in the Dutch language are part of bandes dessinées culturally; these BDs are translated to French and concurrently sold to the French-reading audience.

Dragon Quest, formally published as Dragon Warrior in North America until 2005, is a series of Japanese role-playing video games created by Yuji Horii and his studio Armor Project. The games are published by Square Enix, with localized remakes and ports of later installments for the Nintendo DS, Nintendo 3DS, and Nintendo Switch being published by Nintendo outside of Japan. With its first game published in 1986, there are eleven main-series games, along with numerous spin-off games. In addition, there have been numerous manga, anime and novels published under the franchise, with nearly every game in the main series having a related adaptation. 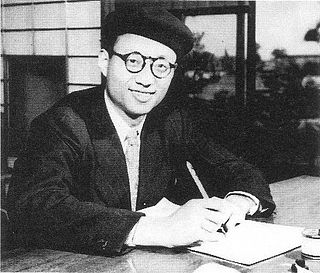 Osamu Tezuka was a Japanese manga artist, cartoonist, and animator. Born in Osaka Prefecture, his prolific output, pioneering techniques, and innovative redefinitions of genres earned him such titles as "the Father of Manga", "the Godfather of Manga" and "the God of Manga". Additionally, he is often considered the Japanese equivalent to Walt Disney, who served as a major inspiration during Tezuka's formative years. Though this phrase praises the quality of his early manga works for children and animations, it also blurs the significant influence of his later, more literary, gekiga works. 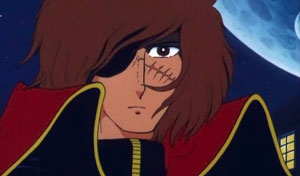 Sailor Neptune is a fictional lead character in the Sailor Moon media franchise. The alternate identity of Michiru Kaioh, a teenage Japanese schoolgirl. Michiru is a member of the Sailor Soldiers, female supernatural fighters who protect the Solar System from evil.

Nouvelle Manga is an artistic movement which gathers Franco-Belgian and Japanese comic creators together. The expression was first used by Kiyoshi Kusumi, editor of the Japanese manga magazine Comickers, in referring to the work of French expatriate Frédéric Boilet, who lived in Japan for much of his career but has since returned to France in December 2008. Boilet adopted the term for himself and encouraged other artists to participate.

José Antonio Villarrubia Jiménez-Momediano – known professionally as José Villarrubia – is a Spanish-American artist and art teacher who has done considerable work in the American comic book industry, particularly as a colorist.

Manga, or Japanese comics, have appeared in translation in many different languages in different countries. France represents about 40% of the European manga market and in 2011 manga represented 40% of the comics being published in the country. In 2007, 70% of the comics sold in Germany were manga. In the United States, manga comprises a small industry, especially when compared to the inroads that Japanese animation or Japanese Video Games have made in the USA. One example of a manga publisher in the United States, VIZ Media, functions as the American affiliate of the Japanese publishers Shogakukan and Shueisha. The UK has fewer manga publishers than the U.S.

Codename: Sailor V is a manga created by Naoko Takeuchi. The series revolves around the character Minako Aino, a cheerful schoolgirl who finds out that she has magical powers that she must use to protect the people of the Earth. Codename: Sailor V is the basis for its sequel, Pretty Soldier Sailor Moon.

The history of manga is said to originate from scrolls dating back to the 12th century, and it is believed they represent the basis for the right-to-left reading style. The word first came into common usage in the late 18th century. Manga is a Japanese term that can be translated as "comic"; Historians and writers on manga history have described two broad and complementary processes shaping modern manga. Their views differ in the relative importance they attribute to the role of cultural and historical events following World War II versus the role of pre-war, Meiji, and pre-Meiji Japanese culture and art.

Higurashi When They Cry, known simply as When They Cry for the North American release of the anime adaptation, is a Japanese murder mystery dōjin soft visual novel series produced by 07th Expansion. The games are built on the NScripter game engine and the Microsoft Windows operating system. The first game in the series, Onikakushi-hen, was released on August 10, 2002, and the eighth and final game in the original PC series, Matsuribayashi-hen, was released on August 13, 2006. While the first four games carried the overall title Higurashi no Naku Koro ni, the next four games were produced under the title Higurashi no Naku Koro ni Kai. A bonus fan disc called Higurashi no Naku Koro ni Rei was released on December 31, 2006. In addition to the original series, new story arcs were created in manga form and in video games for the PlayStation 2 and Nintendo DS, in order to expand the story. The original eight PC releases were released in English by MangaGamer between 2009 and 2010. The series focuses on a group of young friends living in the rural village of Hinamizawa and the strange events that occur in 1983.

Keigo Higashino is a Japanese author chiefly known for his mystery novels. He served as the 13th President of Mystery Writers of Japan from 2009 to 2013. Higashino has won major Japanese awards for his books, almost twenty of which have been turned into films and TV series.

Go Nagai is a prolific Japanese manga artist who has written, illustrated, or otherwise contributed to over 360 manga titles since his professional debut in 1967 with Meakashi Polikichi. Specializing in science fiction, fantasy, horror, and erotica, he is best known for creating the seminal works Cutie Honey, Devilman, and Mazinger Z in the 1970s. 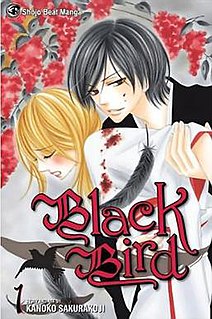 Black Bird is a Japanese shōjo manga series written and illustrated by Kanoko Sakurakoji. The story depicts the life of a high school girl who can see supernatural beings. It was serialized in Shogakukan's Betsucomi magazine from July 2006 to December 2012 and published in 18 bound volumes from January 2007 to April 2013. The series won the 54th Shogakukan Manga Award in the shōjo manga category. 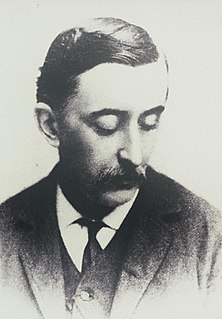 Japanophilia is the appreciation and love of Japanese culture, people and history. In Japanese, the term for Japanophile is "shinnichi" (親日), with "親" "shin" (しん) equivalent to the English prefix 'pro-' and "日" "nichi" (にち), meaning "Japanese". The term was first used as early as the 18th century, switching in scope over time.

Yoichi Nukumizu is a Japanese actor and television personality. He is nicknamed Nukkun (ぬっくん). He was born from Miyakonojō, Miyazaki Prefecture. 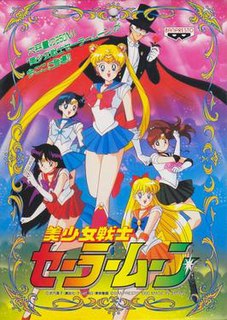 Pretty Soldier Sailor Moon is a side-scrolling beat 'em up arcade video game developed by Gazelle and released on March 22, 1995. It was published in Japan by Banpresto and elsewhere by Sega. It is the first game to be created by Gazelle, one of the offshoots of defunct developer Toaplan that were founded after they declared bankruptcy in 1994, and one of the few titles based upon Naoko Takeuchi's Sailor Moon shōjo manga and anime series that had an official international release, and it also has been compared with other titles in the same genre such as Capcom's Final Fight and Technōs Japan's Double Dragon.