Fr. Maximilian Kolbe was a Polish Conventual Franciscan friar who volunteered to die in place of a stranger in the German death camp of Auschwitz, located in German-occupied Poland during World War II. He had been active in promoting the veneration of the Immaculate Virgin Mary, founding and supervising the monastery of Niepokalanów near Warsaw, operating an amateur-radio station (SP3RN), and founding or running several other organizations and publications.

The Order of Friars Minor Capuchin is a religious order of friars within the Catholic Church, among the chief offshoots of the Franciscans. The worldwide head of the Order, called the Minister General, is currently Friar Roberto Genuin.

Saint Joseph of Cupertino, O.F.M. Conv. was an Italian Conventual Franciscan friar who is honored as a Christian mystic and saint. He was said to have been remarkably unclever, but prone to miraculous levitation and intense ecstatic visions that left him gaping.

Frangelico is a brand of noisette and herb-flavored liqueur coloured with caramel coloring, which is produced in Canale, Italy. It is 20% alcohol by volume (ABV) or 40 proof. Formerly, it was 24% ABV or 48 proof. When produced by the Barbaro family it was bottled at 28% ABV or 56 proof. The brand was created in 1978. It is known for its unusual packaging; its bottle was designed to look like a Christian friar, complete with a knotted white cord around the waist. It is most commonly sold in two sizes: 750ml and 375ml.

The Order of Friars Minor Conventual, commonly known as the Conventual Franciscans, or Minorites, is a Catholic branch of the Franciscans, founded by Francis of Assisi in 1209.

Mount St. Francis is an Unincorporated community in southwestern Lafayette Township of Floyd County in the hills of the southern part of the U.S. state of Indiana, across the Ohio River from Louisville, Kentucky. Although Mount St. Francis is unincorporated, it has a post office, with the ZIP code of 47146. The post office was established in 1937. 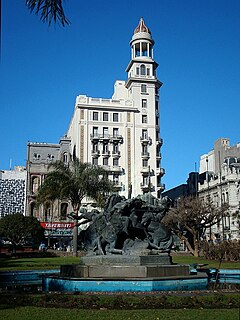 Centro is the inner city barrio of Montevideo, Uruguay. Its main avenue is 18 de Julio Avenue. It is delimited by La Paz Str. to the North, Florida Str. and Andes Str. to the West, Canelones Str. to the South and Barrios Amorin Str. to the East. It used to be the main commercial venue of the city, but after the opening of the first malls, many small stores started closing down. Now, that process is being reverted and the area is coming back to life. 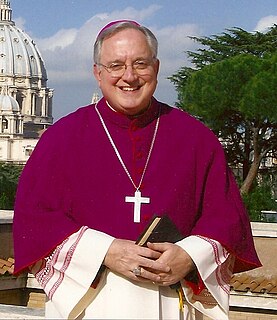 William Patrick Callahan OFM Conv DD is an American prelate of the Roman Catholic Church who has served as Bishop of the Diocese of La Crosse, Wisconsin, since 2010.

The Society of All Saints Sisters of the Poor is a religious order of sisters in the Anglican Communion, active in England and the United States of America. In 2009 many of the American sisters were received into the Roman Catholic Church.

Gregory John Hartmayer, O.F.M. Conv. is an American priest and prelate of the Roman Catholic Church. A Conventual Franciscan, he was appointed the fourteenth bishop of the Diocese of Savannah by Pope Benedict XVI on July 19, 2011. He was consecrated and installed on October 18, 2011. 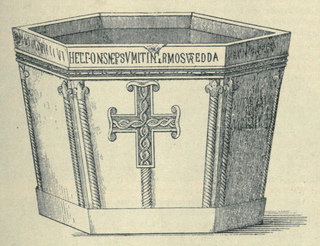 The Franciscan Province of St. Jerome is a Croatian province of the Order of Friars Minor which is based in Zadar and active in Istria and Dalmatia. 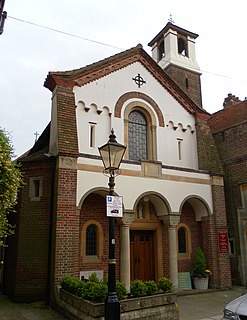 St Anthony of Padua Church is a Roman Catholic Parish church in Rye, East Sussex, England. It was constructed from 1927 to 1929 and replaced a church built in 1900. It is situated on Watchbell Street to the south of Lamb House. It is served by the Conventual Franciscans and is a Grade II listed building.