Joan Hess (January 6, 1949 – November 23, 2017) was an American mystery writer, a member of Sisters in Crime, and a former president of the American Crime Writers League. She wrote two popular mystery series: The Claire Malloy Mysteries and The Maggody Mysteries (also called The Arly Hanks Mysteries), and has contributed to multiple anthologies and book series, including: Crosswinds, Deadly Allies, Malice Domestic, Sisters in Crime, and The Year's 25 Finest Crime and Mystery Stories. She also wrote the Theo Bloomer mystery series, under the pseudonym Joan Hadley. [1] [2]

In the Theo Bloomer series the eponymous protagonist, "a dignified offshoot of old Connecticut money and prestige", is a retired bachelor-botanist who formerly worked as a florist. In each book, family obligations take him to an exotic vacation destination, where he becomes embroiled in a mystery: in the first book, he travels to Israel to retrieve his niece, who is staying at a kibbutz hotel, [4] and in the next he accompanies her party to a "luxurious villa" in Montego Bay, Jamaica, as a chaperone. [5]

Hess has been nominated for the Agatha Award five times and won once, for her 1990 short story "Too Much to Bare". [6]

Charlaine Harris Schulz is an American author who specializes in mysteries. She is best known for the adaptations of her series The Southern Vampire Mysteries, which was adapted as the TV series True Blood. The television show was a critical and financial success for HBO, running seven seasons, from 2008 through 2014. A number of her books have been bestsellers and this series was translated into multiple languages and published across the globe.

Kathryn Casey is an American writer of mystery novels and non-fiction books. She is best known for writing She Wanted It All, which recounts the case of Celeste Beard, who married an Austin multimillionaire only to convince her lesbian lover, Tracey Tarlton, to kill him.

Arly Hanks is a 1993 American television pilot based on the first book of Joan Hess's series Malice in Maggody. Written by Sean Clark and directed by Arlene Sanford, it screened on CBS on August 20, 1994. Due to low ratings, the show was removed from the CBS season. Filmed in Atlanta, Georgia, the plot centered on Arly Hanks who, after divorcing her husband, leaves her life in New York City and returns to her small hometown of Maggody, Arkansas. She becomes Sheriff of Maggody and deals with mischievous residents while solving mysteries. 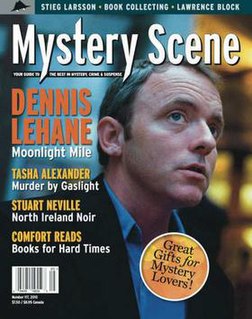 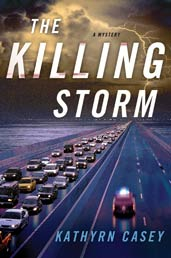 Bouchercon is an annual convention of creators and devotees of mystery and detective fiction. It is named in honour of writer, reviewer, and editor Anthony Boucher; also the inspiration for the Anthony Awards, which have been issued at the convention since 1986. This page details Bouchercon XXVII and the 11th Anthony Awards ceremony.

Katherine Hall Page is an American author since 1990. During her writing career, Page has written twenty five books in her Faith Fairchild eries and four Christie and Company juvenile mysteries. For her works, Page has won three Agatha Awards and been nominated for two Edgar Awards. She was also the 2016 lifetime achievement recipient at the Malice Domestic convention.