Joaquín Rodrigo Vidre, 1st Marquess of the Gardens of Aranjuez (Spanish:  [xoaˈkin roˈðɾiɣo] ; 22 November 1901 – 6 July 1999), was a Spanish composer and a virtuoso pianist. He is best known for composing the Concierto de Aranjuez , a cornerstone of the classical guitar repertoire.

Rodrigo was born in Sagunto (Valencia), and completely lost his sight at the age of three after contracting diphtheria. He began to study solfège, piano and violin at the age of eight; harmony and composition from the age of 16. Although distinguished by having raised the Spanish guitar to dignity as a universal concert instrument and best known for his guitar music, he never mastered the instrument himself. He wrote his compositions in Braille, and they were transcribed for publication.

Rodrigo studied music under Francisco Antich in Valencia and under Paul Dukas at the École Normale de Musique in Paris. After briefly returning to Spain, he went to Paris again to study musicology, first under Maurice Emmanuel and then under André Pirro. His first published compositions [1] date from 1923. In 1943 he received Spain's National Prize for Orchestra for Cinco piezas infantiles ("Five Children's Pieces"), based on his earlier composition of the same piece for two pianos, premiered by Ricardo Viñes. From 1947 Rodrigo was a professor of music history, holding the Manuel de Falla Chair of Music in the Faculty of Philosophy and Letters, at Complutense University of Madrid. Notable students include Yüksel Koptagel, Turkish composer and pianist.

His most famous work, Concierto de Aranjuez , was composed in 1939 in Paris for the guitarist Regino Sainz de la Maza. In later life he and his wife declared that it was written as a response to the miscarriage of their first child. [2] It is a concerto for guitar and orchestra. The central adagio movement is one of the most recognizable in 20th-century classical music, featuring the interplay of guitar with cor anglais [ citation needed ]. This movement was later adapted by the jazz arranger Gil Evans for Miles Davis' 1960 album "Sketches of Spain". The Concerto was adapted by the composer himself for Harp and Orchestra at the request of Nicanor Zabaleta and dedicated to Zabaleta.

None of Rodrigo's works, however, achieved the popular and critical success of the Concierto de Aranjuez and the Fantasia para un gentilhombre. These two works are very often paired in recordings.

He was awarded Spain's highest award for composition, the Premio Nacional de Música, in 1983. On 30 December 1991 Rodrigo was raised into the Spanish nobility by King Juan Carlos I with the hereditary title of Marqués de los Jardines de Aranjuez [3] [4] (English: Marquess of the Gardens of Aranjuez). He received the prestigious Prince of Asturias Award—Spain's highest civilian honor—in 1996. He was named Commander of the Order of Arts and Letters by the French government in 1998.

He married Victoria Kamhi, a Turkish-born pianist whom he had met in Paris, on 19 January 1933, in Valencia. Their daughter, Cecilia, was born on 27 January 1941. Rodrigo died in 1999 in Madrid at the age of 97, and his daughter succeeded him as Marquesa de los Jardines de Aranjuez. Joaquín Rodrigo and his wife Victoria are buried at the cemetery at Aranjuez. 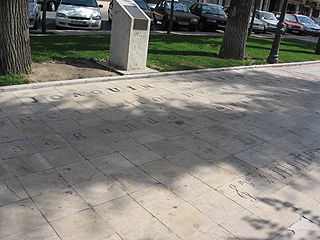 The Concierto de Aranjuez is a guitar concerto by the Spanish composer Joaquín Rodrigo. Written in 1939, it is by far Rodrigo's best-known work, and its success established his reputation as one of the most significant Spanish composers of the 20th century. 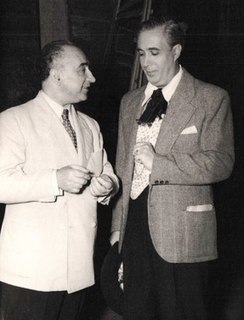 Federico Moreno Torroba was a Spanish composer, conductor, and theatrical impresario. He is especially remembered for his important contributions to the classical guitar repertoire, becoming one of the leading twentieth-century composers for the instrument. He was also one of the foremost composers of zarzuelas, a form of Spanish light opera. His 1932 zarzuela, Luisa Fernanda, has proved to be enduringly popular. In addition, he composed ballets, symphonic works, and piano pieces, as well as one-act operas and one full-length opera, El poeta, which premiered in 1980, starring well-known tenor Plácido Domingo. Moreno Torroba also ran his own zarzuela company, which toured extensively, especially in Latin America.

Fantasía para un gentilhombre is a concerto for guitar and orchestra by the Spanish composer Joaquín Rodrigo. The concerto is Rodrigo's second most popular work after the famous Concierto de Aranjuez.

The Concierto Andaluz is a concerto for four guitars and orchestra by Spanish composer Joaquín Rodrigo. It has three movements, and was heavily influenced by Spanish impressionist and baroque musical styles. It was commissioned by Spanish guitarist Celedonio Romero and first performed by Los Romeros with the San Antonio Symphony Orchestra, conducted by Victor Alessandro, in San Antonio, Texas, USA on 18 November 1967. 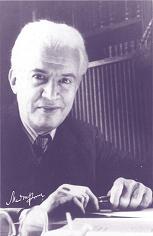 Manuel María Ponce Cuéllar was a Mexican composer active in the 20th century. His work as a composer, music educator and scholar of Mexican music connected the concert scene with a mostly forgotten tradition of popular song and Mexican folklore. Many of his compositions are strongly influenced by the harmonies and form of traditional songs. 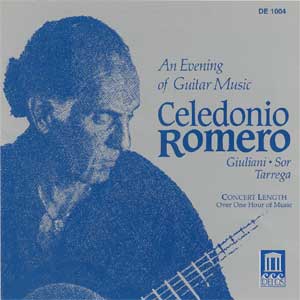 Celedonio Romero was a guitarist, composer and poet, perhaps best known as the founder of The Romeros guitar quartet. 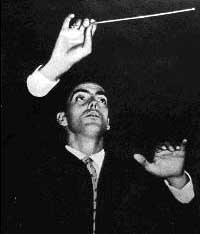 Narciso Yepes was a Spanish guitarist. He is considered one of the finest virtuoso classical guitarists of the twentieth century.

Carlos Prieto was born in Mexico City and is a Mexican cellist and writer. He has received enthusiastic public acclaim and won excellent reviews for his performances throughout the United States, Europe, Russia and the former Soviet Union, Asia, and Latin America. The New York Times review of his Carnegie Hall debut raved, "Prieto knows no technical limitations and his musical instincts are impeccable."

Alejandro López Román is a Spanish composer and pianist. Musician of eclectic style, his works cover both current symphonic composition like jazz or film music.

Ernesto Cordero is a Puerto Rican composer and classical guitarist.

María Rodrigo was a Spanish pianist and composer. She was the daughter of Pantaléon Rodrigo, and studied music at the Madrid Conservatorium under José Tragó for piano, Valentín Arín for harmony and Emilio Serrano for composition. Maria was the first woman who managed to release opera in Spain. Her sister Mercedes Rodrigo, was equally intelligent in being the first woman to obtain a Psychology degree in Spain from the Rousseau Institute in Geneva. The two left Spain for Switzerland during the Spanish Civil War, moved in 1939 to Bogota, Colombia, at the invitation of rector Agustín Nieto Caballero, and in 1950 to Puerto Rico at the invitation of José María García Madrid. With Pablo Casals Rodrigo founded the Puerto Rico Conservatory of Music. She died in Puerto Rico in 1967. Maria was one of the few composers that addressed the composition of zarzuelas, a genre of Spanish music.

Angel Romero is a Spanish classical guitarist, conductor and former member of the guitar quartet Los Romeros. He is the youngest son of Celedonio Romero, who in 1957 left Spain for the United States with his family. 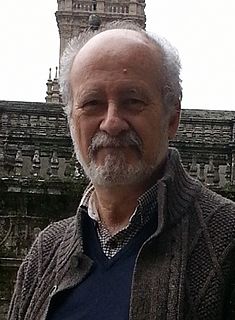 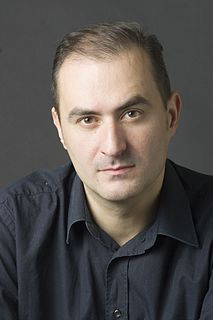 Jesús Torres is a Spanish composer, born in Saragossa, Spain, on 15 July 1965.