Jodie Marie Comer (born 11 March 1993) is an English actress. She is known for her role as Oksana Astankova / Villanelle in the BBC America black comedy-drama spy thriller Killing Eve (2018–present), for which she has received critical acclaim and won the Primetime Emmy Award for Outstanding Lead Actress in a Drama Series and the British Academy Television Award for Best Actress. Her other notable roles include Chloe Gemell in the E4 comedy-drama series My Mad Fat Diary (2013–2015), Kate Parks in the BBC One drama series Doctor Foster (2015–2017), Ivy Moxam in the BBC Three drama miniseries Thirteen (2016) and Elizabeth of York in the Starz historical miniseries The White Princess (2017). [1]

Jodie Marie Comer [2] was born in Liverpool on 11 March 1993, [3] [4] and attended St Julie's Catholic High School in its Woolton suburb. After being expelled from a dance group by her friends at school due to being unable to attend rehearsals for the school talent show during a family holiday, she instead performed a monologue for the show; this brought her to the attention of her drama teacher, who then sent her to audition for a BBC Radio 4 play, which became her first acting job. Her co-stars in the play told her that she could make a career out of acting and advised her to get an agent. [5] [6] [7] [8] While pursuing an acting career, she took jobs such as collecting glasses in a bar and working at the checkout in a Tesco supermarket. [9]

Comer's professional career began in 2008 with a guest role on an episode of The Royal Today , a spin-off series of the medical drama series The Royal . She then made appearances in series such as Waterloo Road , Holby City , Doctors , Silent Witness , Casualty , Law & Order: UK , Vera , and Inspector George Gently . She was cast in leading roles in the five-episode drama series Justice , the supernatural miniseries Remember Me , and as Chloe Gemell in the E4 comedy-drama series My Mad Fat Diary . Comer appeared in the 2015 adaptation of Lady Chatterley's Lover , a television film broadcast on BBC One. That same year, she appeared as Kate Parks in the BBC One drama series Doctor Foster and was cast in her first starring role as Ivy Moxam in the BBC Three miniseries Thirteen , which premiered in February 2016 and earned her a nomination for the British Academy Television Award for Best Actress. In December 2016, she appeared in the BBC miniseries Rillington Place . [5] In 2016, Comer was listed as one of Screen International's "Stars of Tomorrow" in association with the BFI London Film Festival. In 2017, she starred as a young Elizabeth of York in The White Princess on Starz, a sequel to the BBC miniseries The White Queen . [10] In 2017, she also made her feature film debut, as Christine in the Morrissey biopic England is Mine .

In April 2018, Comer began starring in the BBC America spy thriller series Killing Eve as Oksana Astankova / Villanelle, a psychopathic Russian assassin who develops a mutual obsession with Eve Polastri (played by Sandra Oh), the MI5 agent tasked with pursuing her. [11] Comer has garnered critical acclaim for her performance on the series, with Jia Tolentino of The New Yorker stating that, in the context of the show's "constant reversals in tone and rhythm", the "ambiguity—and impossibility—of Villanelle's character has worked (through the first season) thanks to Comer's mercurial, unassailable charisma". [12] Due to her character swapping between multiple accents from around the world as part of her various disguises, much attention has been given to Comer's native Scouse accent and the surprise of viewers who hear it for the first time. [13] For her portrayal of Villanelle, Comer has won a Primetime Emmy Award for Outstanding Lead Actress in a Drama Series and has been nominated for two British Academy Television Awards for Best Actress, with her winning in 2019.

In June 2018, Comer was one of the actresses in a series of BBC Four monologues called Snatches: Moments From Women's Lives, inspired by events that took place in the century since women first won the vote. Comer appeared in the episode "Bovril Pam", where she portrayed a secretary in 1960s Liverpool exploring her sexuality. [14] Comer was ranked No. 94 on the Radio Times "TV 100" list for 2018. [15] In November 2018, The Hollywood Reporter included her in their "Next Gen Talent 2018: Hollywood's Rising Young Stars" list. [16] In April 2019, Comer was asked about upcoming work during her Happy Sad Confused podcast interview and revealed that she had been forced to drop out of Kenneth Branagh's adaptation of Agatha Christie's Death on the Nile due to scheduling conflicts. [17]

In September 2019, a few days after her Emmy win, it was announced that Comer would be the face of the Loewe spring/summer 2020 fashion campaign, which saw her star in a short film for the brand that consisted of her repeating the brand's name with different emotions. [18] On 31 March 2020, Comer was announced as the brand ambassador for skin-care brand Noble Panacea. [19]

Comer performed a brief cameo in the 2019 film Star Wars: The Rise of Skywalker , appearing as Rey's mother in flashbacks. [20]

In June 2020, Comer played the lead role of Lesley in a BBC iPlayer reboot of the Talking Heads episode "Her Big Chance". The episode filmed by Josie Rourke was filmed in lockdown due to the COVID-19 pandemic.

In December 2018, it was announced Comer had been cast in the action comedy film Free Guy , which began filming in May 2019. [21] [22] It is set to be released in December 2020. She is currently filming for The Last Duel . The film will release in limited theatres on 25 December 2020, before having a worldwide release on 8 January 2021. She will portray Marguerite de Carrouges, the lead female role. 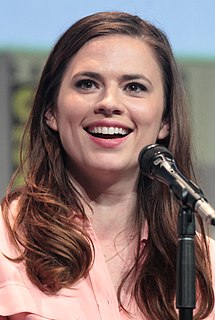 Hayley Elizabeth Atwell is a British-American actress. Born and raised in London, Atwell studied acting at the Guildhall School of Music and Drama, and made her stage debut in the 2005 play Prometheus Bound. She appeared in multiple West End productions and on television, gaining recognition for her breakthrough role as Elizabeth Cavendish, Duchess of Devonshire in The Duchess (2008), for which she was nominated for a British Independent Film Award for Best Supporting Actress. Her leading performance in the miniseries The Pillars of the Earth (2010) earned her a nomination for the Golden Globe Award for Best Actress - Miniseries or Television Film. 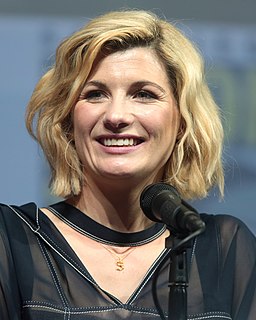 Jodie Auckland Whittaker is an English actress. She came to prominence in her 2006 feature film debut Venus, for which she received British Independent Film Award and Satellite Award nominations. She was later praised for her roles in the cult science fiction film Attack the Block (2011), the Black Mirror episode "The Entire History of You" (2011), and as grieving mother Beth Latimer in Broadchurch.

Phoebe Mary Waller-Bridge is an English actress, writer, and producer. She is best known as the creator, writer, and star of the BBC tragicomedy series Fleabag (2016–2019). She was also the head writer and executive producer for the first series of the BBC America thriller series Killing Eve (2018–present), which she adapted for television. Both Fleabag and Killing Eve have been highly acclaimed and named among the 100 greatest television series of the 21st century by The Guardian, with the former ranked at No. 8 and the latter at No. 30. 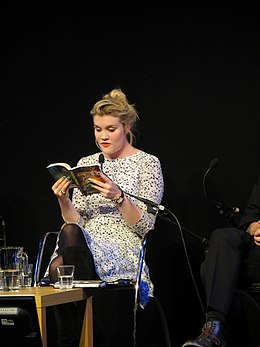 Emerald Lilly Fennell is an English actress, author, screenwriter and director. She is best known as the show-runner for the second season of the critically acclaimed BBC America thriller series Killing Eve which earned her two Primetime Emmy Award nominations. She is also known for her performances in film and television which include, The Crown, Call the Midwife, Anna Karenina, Albert Nobbs, and Vita and Virginia. In 2020, her directorial debut, Promising Young Woman starring Carey Mulligan debuted at the Sundance Film Festival. 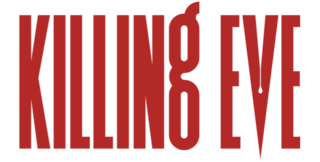 Killing Eve is a British black comedy-drama spy thriller television series, produced in the United Kingdom by Sid Gentle Films for BBC America and BBC iPlayer. The series follows Eve Polastri, a British intelligence investigator tasked with capturing psychopathic assassin Villanelle. As the chase progresses, the two develop a mutual obsession. Based on the Villanelle novel series by Luke Jennings, each of the show's series is led by a different female head writer. The first series had Phoebe Waller-Bridge as the head writer, while Emerald Fennell took over for the second series. Subsequently, Suzanne Heathcote was the head writer for series three and Laura Neal will follow through as series four's head writer. 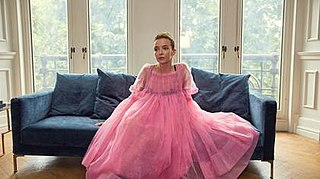 Villanelle, birth name Oxana Vorontsova or Oksana Astankova, is a fictional character in Luke Jennings’ novel Codename Villanelle (2018), its sequel Killing Eve: No Tomorrow (2019), and the BBC America television series adaptation Killing Eve (2018—) in which she is portrayed by English actress Jodie Comer. She is a psychopathic assassin who works for a crime syndicate called The Twelve, and the arch-nemesis of British intelligence agent Eve Polastri. Their mutually obsessive relationship is the main focus of both the novels and the TV series. 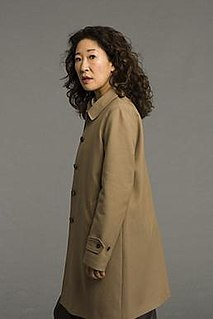 Eve Polastri is a fictional agent working for British intelligence.

Luke Jennings is a British author and journalist. 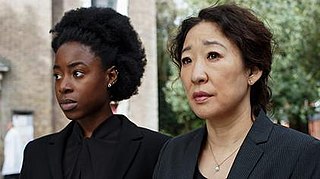 Killing Eve: Die For Me is a thriller novel by British author Luke Jennings published April 7, 2020. The novel is the third, and final in the series of his 2018 e-book compilation, Codename Villanelle and 2019 sequel Killing Eve: No Tomorrow. The novels are the basis of BBC America's television series Killing Eve (2018—).