Joseph Francis Falls (May 2, 1928 – August 11, 2004) was an American journalist. He began his career in his native New York City. At the age of 17 in 1945, he took a job as a copyboy for the Associated Press. After an apprenticeship of eight years, Falls moved to the Detroit bureau of the AP.

In Detroit, Falls flourished. He was hired by the Detroit Times in 1956 to cover the Detroit Tigers. He continued on the Tigers' beat with the Detroit Free Press from 1960 to 1978. His final move was to the Detroit News where he was a columnist and eventually Sports Editor.

During his career, Falls also had weekly columns in both The Sporting News and The Hockey News . It is said many young writers were so taken by his writing they wanted to become sportswriters. He also kept a statistic on Rocky Colavito during his years as a member of the Detroit Tigers. When Colavito stranded a runner, Falls would give him an RNBI (Run Not Batted In). [1] This infuriated Colavito and created a tense relationship between the two for several years.

Falls won several awards during his career. In 2001, he won the J. G. Taylor Spink Award from the Baseball Hall of Fame. After his retirement in 2003, he was named to the Michigan Sports Hall of Fame.

Falls died of complications from diabetes and heart failure at age 76 in Detroit. 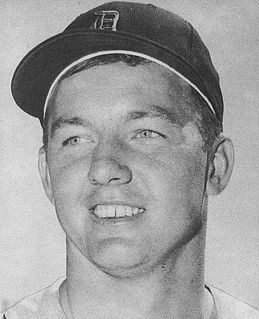 Albert William Kaline, nicknamed "Mr. Tiger", is an American former Major League Baseball right fielder. He is a member of the Baseball Hall of Fame. Kaline played his entire 22-year baseball career with the Detroit Tigers. For most of his career, Kaline played in the outfield, mainly as a right fielder where he won ten Gold Gloves and was known for his strong throwing arm. He was selected to 18 All-Star Games and was selected as an All-Star each year between 1955 and 1967. 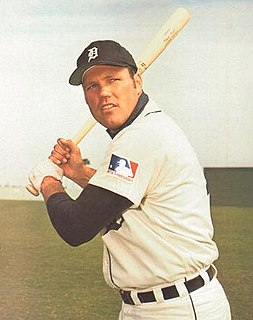 William Ashley Freehan is an American former professional baseball player. He played his entire fifteen-year Major League Baseball career as a catcher for the Detroit Tigers. The premier catcher in the American League for several years from the 1960s into the early 1970s, he was named an All-Star in each of the eleven seasons in which he caught at least 75 games, and was the MVP runnerup with the 1968 champions for his handling of a pitching staff that included Mickey Lolich and Denny McLain, who became the first 30-game winner in the majors since 1934.

Michael Stephen Lolich is an American former professional baseball player. He played in Major League Baseball as a pitcher from 1962 until 1979, most notably for the Detroit Tigers. A three-time All-Star, Lolich is most notable for his performance in the 1968 World Series against the St. Louis Cardinals when he earned three complete-game victories, including a win over Bob Gibson in the climactic Game 7. At the time of his retirement in 1979, Lolich held the Major League Baseball record for career strikeouts by a left-handed pitcher. 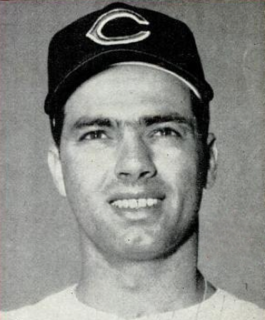 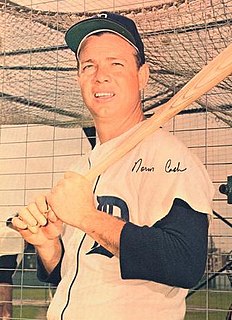 Norman Dalton Cash was an American Major League Baseball first baseman who spent almost his entire career with the Detroit Tigers. An outstanding power hitter, his 377 career home runs were the fourth most by an American League left-handed hitter when he retired, behind Babe Ruth, Ted Williams and Lou Gehrig; his 373 home runs with the Tigers rank second in franchise history behind his teammate Al Kaline (399). He also led the AL in assists three times and fielding percentage twice; he ranked among the all-time leaders in assists and double plays upon his retirement, and was fifth in AL history in games at first base (1943). He was known to fans and teammates during his playing days as "Stormin' Norman." 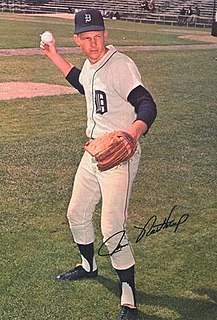 James Thomas Northrup, nicknamed the "Silver Fox" due to his prematurely graying hair, was a Major League Baseball outfielder and left-handed batter who played for the Detroit Tigers (1964–74), Montreal Expos (1974) and Baltimore Orioles (1974–75). 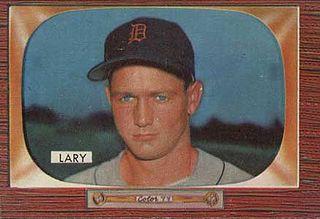 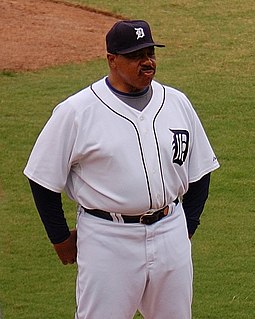 Willie Wattison Horton is a former left fielder and designated hitter in Major League Baseball who played for six American League teams, primarily the Detroit Tigers. He hit 20 or more home runs seven times, and his 325 career home runs ranked sixth among AL right-handed hitters when he retired. He enjoyed his best season in 1968 with the world champion Tigers, finishing second in the AL with 36 homers, a .543 slugging average and 278 total bases. In the later years of his career, he was twice named the AL's top designated hitter.

The Curse of Rocky Colavito is a phenomenon that supposedly prevents the Cleveland Indians Major League Baseball (MLB) franchise from winning, be it the World Series, the American League (AL) pennant, reaching postseason play, or even getting into a pennant race. Its origin is traced back to the unpopular trade of right fielder Rocky Colavito to the Detroit Tigers for Harvey Kuenn in 1960. It was not claimed that Colavito placed the curse, and he has denied doing so. It is one of several curses believed to have stricken the city of Cleveland's major sports franchises for decades.

Richard John "Dick" McAuliffe was an American professional baseball player. He played in Major League Baseball as a shortstop and second baseman for the Detroit Tigers from 1960 to 1973 and for the Boston Red Sox from 1974 to 1975. He was a part of the Tigers' 1968 World Series championship, and was known for his unusual batting stance. A left-handed hitter, he held his hands very high with an open stance that faced the pitcher. As the pitcher delivered to home plate, McAuliffe moved his forward (right) foot to a more conventional position for his swing.

John Patsy Francona was a Major League Baseball player. As a child, he was nicknamed "Tito" by his father. His son, Cleveland Indians manager Terry Francona, is also sometimes referred to as "Tito."

The 1968 Detroit Tigers won the 1968 World Series, defeating the St. Louis Cardinals four games to three. The 1968 baseball season, known as the "Year of the Pitcher", was the Detroit Tigers' 68th since they entered the American League in 1901, their eighth pennant, and third World Series championship. Detroit pitcher Denny McLain won the Cy Young Award and was named the American League's Most Valuable Player after winning 31 games. Mickey Lolich pitched three complete games in the World Series – and won all three – to win World Series MVP honors.

The 1960 Cleveland Indians season was a season in American baseball. It involved the Indians' fourth-place finish in the American League with a record of 76 wins and 78 losses, 21 games behind the AL Champion New York Yankees. This season was notable for the infamous trade of Rocky Colavito. 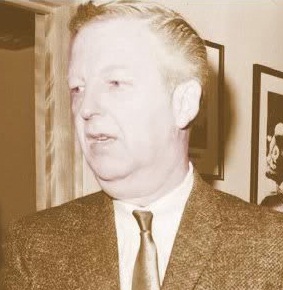 Lyall F. Smith was an American sports writer and editor. He was the sports editor and columnist for the Detroit Free Press from 1945 to 1965 and the president of the Baseball Writers' Association of America from 1955 to 1956. He later served as the public relations director and business manager for the Detroit Lions from 1965 to 1980.