Joe Morley (December 3, 1867 in Kinver, South Staffordshire, England – September 16, 1937 in London) was a British classic banjoist who achieved great fame and renown in his homeland and abroad. During his lifetime, he composed hundreds of banjo solos.

Morley's father was a busker playing the concertina and entertaining crowds in the streets. At the age of five, he accompanied his father to Wiltshire, and while his father played on his instrument, the young boy would step-dance dressed in jacket and knickerbockers. In 1887, his father bought him an old seven-string banjo without frets and soon he was learning how to play from different music books he had purchased. Eventually he invented his own finger picking style.

About 1890, Morley formed a busker quartet consisting of himself, Fred Sanders, and Ben Hollingworth on banjos, and Alf Wentworth on concertina. They toured North Wales performing tunes composed by Morley. The quartet broke up and he toured West England as a solo act. His popularity grew steadily. He joined the Victorian Minstrels in 1891, performing at Sandown, Isle of Wight. The minstrel band consisted of a banjo, a concertina, a harp, a tambourine, a tin whistle and bones. The band changed its name to the Royal Osborne Minstrels after a successful performance on the Royal yacht Osborne. In 1893, the "Minstrels" disbanded and Morley was hired by the Clifford Essex Pierrots, formed in 1891. He bought himself a six-string banjo with frets, but since he was accustomed to play without frets, he removed them.

Morley was employed by Mr Donald Marshall, Leader and Creator of the Royal Osborne Minstrels. Donald Marshall lived in Cowes I.o.W. and is buried in Northwood cemetery. 2019 is the centenary of his death. there are 78 references in Cuttings to Donald Marshall who also employed an Agent in London to recruit players for him. Clifford Essex approached Morley to obtain his services after hearing him play with Donald's group

The "Pierrots" went to London in December 1893 for a performance at the Prince's Hall. His fame was instant, followed by numerous private engagements. The following months, he performed at St. James's Hall together with the Moore and Burgess Minstrels. That summer, Morley re-formed the Royal Osborne Minstrels and they appeared in Colwyn Bay. In 1896, he once again joined the Clifford Essex Royal Pierrots - the word "Royal" was added when the "Pierrots" had performed before Royalty - and they appeared at Folkestone. He stayed with them for the next thirteen years and during that period he met the American banjo player Vess Ossman who happened to be in London for an appearance. Morley became influenced by that meeting and bought himself a five-string banjo with frets and eventually learned to play it.

Later in 1909, he became a member of Will Pepper's White Coons. Three years later, Morley conducted the Palladium Minstrels, composed of 34 banjoists at the London Palladium minstrel show. In 1914, he joined Alec Hurley's The Jesters touring Ireland. During World War I, Morley entertained the troops at Aldershot and Salisbury, as well as abroad in Cologne and Koblenz.

Morley began to make recordings with the banjo player Olly Oakley for Pathé Records. Out of all records he made, he only made one solo record on the Homochord label, Jovial Huntsman and Donkey Laugh. In August 1932, he made his radio debut as a banjo soloist. In September 1932, he joined Harry S. Pepper, Stanley Holloway, Doris Arnold, Jane Carr, and C. Denier Warren to revive the White Coons Concert Party show of the Edwardian era for BBC Radio. [1] Four months later, he went on the air with the Kentucky Minstrels, produced by Harry S. Pepper.

Morley, who never married, died at the Lambeth Hospital in the East End of London.

The banjo is a stringed instrument with a thin membrane stretched over a frame or cavity to form a resonator. The membrane is typically circular, and usually made of plastic, or occasionally animal skin. Early forms of the instrument were fashioned by African Americans in the United States, adapted from African instruments of similar design. The banjo is frequently associated with folk and country music. Banjo can also be used in some rock songs. Many rock bands, such as The Eagles, Led Zeppelin, and The Allman Brothers, have used the five-string banjo in some of their songs. Historically, the banjo occupied a central place in African-American traditional music and the folk culture of rural whites before entering the mainstream via the minstrel shows of the 19th century. Along with the fiddle, the banjo is a mainstay of American old-time music. It is also very frequently used in traditional ("trad") jazz. 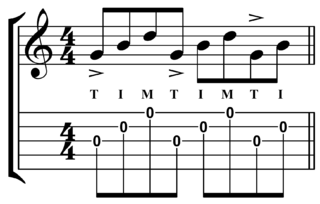 Edwin Ellsworth Peabody, known as Eddie Peabody was an American banjo player, instrument developer and musical entertainer whose career spanned five decades. He was the most famous plectrum banjoist of his era.

The Keith style of playing the 5-string banjo emphasizes the melody of the song. Also known as the "Melodic" or "Chromatic style", it was first developed and popularized independently by Bobby Thompson and Bill Keith in the early 1960s. It is used primarily by bluegrass banjoists, though it can be applied to virtually any genre. Most banjoists who play Keith style do not use it exclusively, but integrate it as one aspect of their playing, a way of adding spice to the more common 3-finger style of Earl Scruggs.

Joel Walker Sweeney, also known as Joe Sweeney, was a musician and early blackface minstrel performer. He is known for popularizing the playing of the banjo and has often been credited with advancing the physical development of the modern five-string banjo. 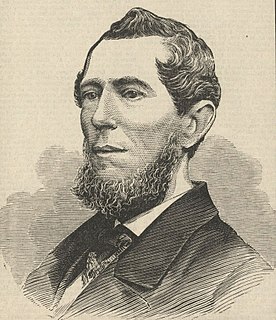 William M. Whitlock (1813–1878) was an American blackface performer. He began his career in entertainment doing blackface banjo routines in circuses and dime shows, and by 1843, he was well known in New York City. He is best known for his role in forming the original minstrel show troupe, the Virginia Minstrels. 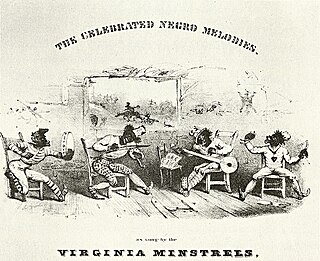 Hokum is a particular song type of American blues music—a humorous song which uses extended analogies or euphemistic terms to make sexual innuendos. This trope goes back to early blues recordings and is used from time to time in modern American blues and blues rock.

Cynthia Nan Sayer is a jazz banjoist and singer and a founding member of Woody Allen's New Orleans Jazz Band. 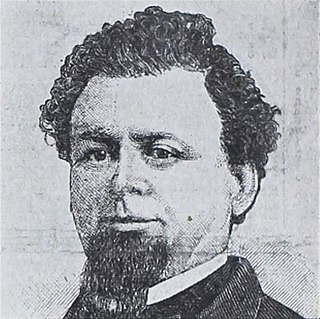 Francis Marion Brower was an American blackface performer active in the mid-19th century. Brower began performing blackface song-and-dance acts in circuses and variety shows when he was 13. He eventually introduced the bones to his act, helping to popularize it as a blackface instrument. Brower teamed with various other performers, forming his longest association with banjoist Dan Emmett beginning in 1841. Brower earned a reputation as a gifted dancer. In 1842, Brower and Emmett moved to New York City. They were out of work by January 1843, when they teamed up with Billy Whitlock and Richard Pelham to form the Virginia Minstrels. The group was the first to perform a full minstrel show as a complete evening's entertainment. Brower pioneered the role of the endman.

Bob Coltman is an American singer of traditional songs, songwriter, guitarist and banjoist, and author. 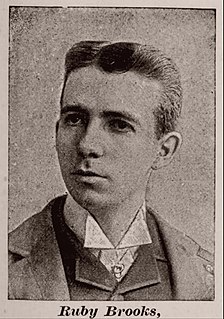 Ruby Brooks was an American banjoist, composer, and pioneer recording artist, sometimes called "King of Banjoists." He was influential on later banjo players such as Fred Van Eps, although he is considered by Kaufman and Winans to be inferior to that player, as well as his contemporaries Vess Ossman and Olly Oakley. 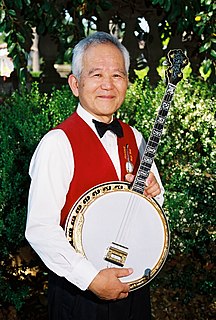 Charlie Tagawa was a Japanese-born American musical entertainer and banjoist. In a music career spanned seven decades, he was regarded as one of the best contemporary four-string banjo players. He performed regularly across the U.S. and in Japan, where he was known professionally as "Japan's Harry Reser". A 2003 inductee into the National Four-String Banjo Hall of Fame, Tagawa often performed as the headline act at banjo jazz festivals and shows. He was also the international goodwill ambassador for the Peninsula Banjo Band.

Jimmy Mazzy is a traditional jazz banjo player and vocalist.

James Mills is an American musician known primarily as a bluegrass banjo player who plays in the 3-finger style popularized by Earl Scruggs. Jim is also well known as an expert on pre-war Gibson banjos. He currently resides in Durham, North Carolina.

Clifford Essex was an English banjoist, teacher, and instrument manufacturer during the Victorian and Edwardian eras.

Elizabeth "Bessie" Campbell (1870–1964), whose heritage is Irish, was an Anglican Australian-born banjo player as well as a charity worker.

Dick Leaver Pepper was a musician, actor, and writer for the BBC.