Joel Zito Araújo is a Brazilian film director, writer and producer of films and TV programs. Since 1984, Araújo has produced one feature film, two short films and 25 documentaries. Some of these works have won prizes or been selected for screeningd at film festivals throughout the world. From 2006 to 2007, Araújo was president of the Brazilian Filmmakers Association. He received his Ph.D. in Communication Sciences from the Escola de Comunicações e Artes at the University of São Paulo in 1999. He was Postdoctoral Fellow and Visiting Professor in the Departments of Radio, TV, and Film and Anthropology as well as the Center for African & African-American Studies at the University of Texas at Austin from August 2001 to May 2002. 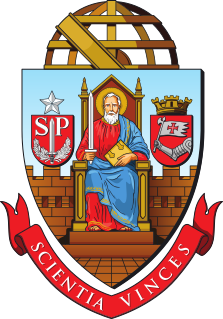 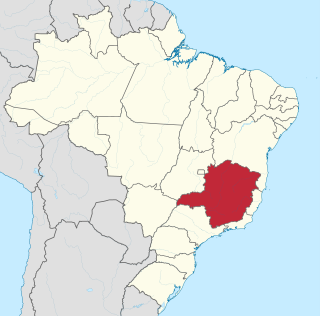 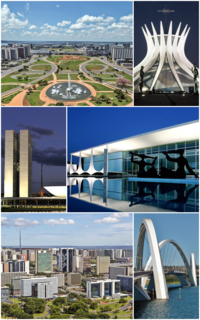 Brasília is the federal capital of Brazil and seat of government of the Federal District. The city is located atop the Brazilian highlands in the country's center-western region. It was founded on April 21, 1960, to serve as the new national capital. Brasília is estimated to be Brazil's 3rd most populous city. Among major Latin American cities, Brasília has the highest GDP per capita.

Arlette Pinheiro Esteves Torres ONM, better known by her stage name Fernanda Montenegro, is a Brazilian stage, television and film actress. Considered by many the greatest Brazilian actress of all time, she is often referred to as the great lady of Brazilian theater, cinema and dramaturgy. She is the only Brazilian yet nominated for the Academy Award for Best Actress. She is also the only actress nominated for an Oscar for a performance in Portuguese language, being nominated for her work in Central Station (1998). In addition, she was the first Brazilian to win the International Emmy in the category of best actress by the performance in Doce de Mãe (2013).

Marcello Dantas is one of the main figures in the convergence of art and technology in Brazil.

To the Left of the Father is a 2001 Brazilian drama film directed, written and edited by Luiz Fernando Carvalho, based on the novel of the same name by Raduan Nassar.

Taís Bianca Gama de Araújo is a Brazilian actress, TV host and model. Her first prominent role on television was in 1996 as protagonist of the Brazilian telenovela Xica da Silva by Walcyr Carrasco, in the Rede Manchete. In 2004, she portrayed Preta in Da Cor do Pecado created by João Emanuel Carneiro and she played Ellen, comic antagonist in the telenovela Cobras & Lagartos in 2006. In 2009, she received her first protagonist in primetime of Globo, one of the Helenas created by Manoel Carlos in the telenovela Viver a Vida—making her the first black woman to star in a prime time telenovela.

Luís Lázaro Sacramento Ramos is a Brazilian actor and voice actor. He started his acting career with the Flock of Olodum Theater group, in Salvador, and is best known for his portrayal of João Francisco dos Santos in the 2002 film Madame Satã (film). Lázaro is married to Brazilian actress Taís Araújo. In 2007, he was nominated for the 35th International Emmy Awards for Best Actor for his role in Cobras & Lagartos. 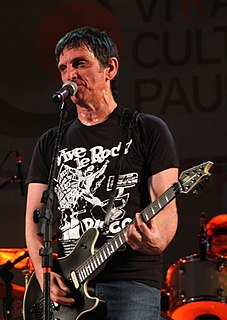 João Moreira Salles is a Brazilian documentarian and president of the Instituto Moreira Salles. In 2006, he founded the magazine piauí. He has also taught courses on documentary at the Pontifical Catholic University of Rio de Janeiro and Princeton University.

French Brazilians refers to Brazilian citizens of full of partial French ancestry or persons born in France who reside in Brazil. Between 1850 and 1965 around 100,000 French people immigrated to Brazil. The country received the second largest number of French immigrants to South America after Argentina (239,000). It is estimated that there are 2 million Brazilians of French descent today.

You, Me and Him is a 2007 Brazilian short film written and directed by Brazilian director Daniel Ribeiro. The film has won many awards including the Crystal Bear for best short film at the 2008 Berlin International Film Festival. 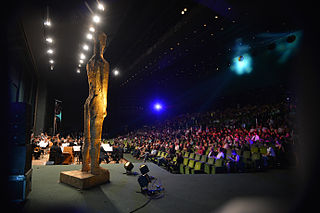 Dzi Croquettes is a 2009 Brazilian documentary about a Brazilian dance and theater group. Directed by Tatiana Issa and Raphael Alvarez, The film became the most awarded documentary in Brazilian History and had its US premiere at the acclaimed MoMA followed by theatrical release in the United States at the IFC Village Cinemas in New York and Sunset 5 Cinemas Los Angeles, besides theatrical release in Europe and Brazil. The film received outstanding reviews on all major Newspapers such as New York Times, Los Angeles Times, LA Weekly, Film Journal International, Time Out New York, Village Voice, among many others.

Olavo Luiz Pimentel de Carvalho is a Brazilian writer, self-educated philosopher, literary critic, polemicist, and former astrologer and journalist. His interests include historical philosophy, the history of revolutionary movements, the traditionalist school and comparative religion. He is known for his conservative and right-wing political stances, while being a staunch critic of the political Left. 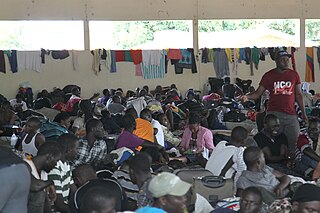 A Haitian Brazilian is a Brazilian person of full, partial, or predominantly Haitians ancestry, or a Haitian-born person residing in Brazil.

Love and Co is a 1998 Brazilian-Portuguese comedy-drama film directed by Helvécio Ratton. Based on Eça de Queiroz's novel Alves & Cia, it stars Marco Nanini, Patricia Pillar and Alexandre Borges. Shot in São João Del Rei, Minas Gerais, and set in the 19th century, it follows Alves (Nanini) as he finds his wife Ludovina (Pillar) with Machado (Borges), and challenges him for a gun duel.

Museu Afro Brasil is a history, artistic and ethnographic museum dedicated to the research, preservation, and exhibition of objects and works related to the cultural sphere of blacks in Brazil. It is a public institution held by the Secretariat for Culture of the São Paulo State and managed by the Museu Afro Brasil Association. The museum is located in Ibirapuera Park, a major urban park in São Paulo. The Manoel da Nóbrega Pavilion, designed by Oscar Niemeyer in 1959, houses the Museum. It holds around 6 thousands items and pieces, amongst them are paintings, sculptures, photos, documents, archives etc. created between the 15th Century and the present day. The aggregation of pieces includes many works of the African and Afro-Brazilian cultural spheres, ranging from subjects and topics such as religion, labor, and art to the African Diaspora and slavery, whilst registering and affirming the historical trajectory and the African influences in the construction of the Brazilian society. The Museum also offers a diverse range of cultural and didactic activities, temporary expositions, and contains a theater and a specialized library.

Gabriel Mascaro is a Brazilian visual artist and film director.

Camila Soato is a Brazilian artist.