Schulz attended St. Michaelis school in Lüneburg from 1757 to 1759 and then the Johanneum there from 1759 to 1764. In 1765, he was the student in Berlin of composer Johann Kirnberger, and then taught in Berlin himself. [1] In 1768 Kirnberger recommended Schulz for the position of music teacher and accompanist to the Polish Princess Sapieha Woiwodin von Smolensk. Schulz traveled with her for 3 years throughout Europe, where he came into contact with many new musical ideas. He served as the conductor of the French Theatre in Berlin from 1776 to 1780 and from 1780 to 1787 he was the Kapellmeister of Prince Henry in Rheinsberg. Schulz then went on to serve as Court Kapellmeister in Copenhagen from 1787 to 1795 before returning to Berlin.

Kapellmeister is a German word designating a person in charge of music-making. The word is a compound, consisting of the roots Kapelle and Meister ("master"). The word was originally used to refer to somebody in charge of music in a chapel. However, the term has evolved considerably in its meaning in response to changes in the musical profession. 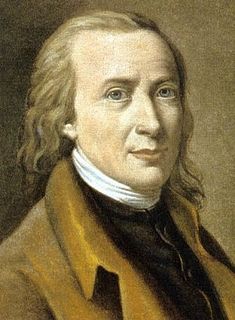 Matthias Claudius was a German poet and journalist, otherwise known by the pen name of “Asmus”. 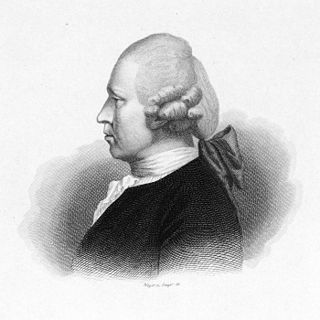 Johann Adam Hiller was a German composer, conductor and writer on music, regarded as the creator of the Singspiel, an early form of German opera. In many of these operas he collaborated with the poet Christian Felix Weiße. 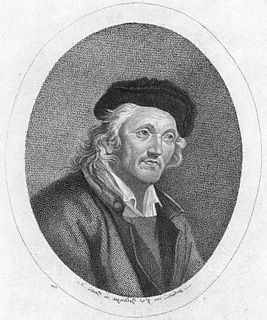 Johann Philipp Kirnberger was a musician, composer, and music theorist. He was a student of Johann Sebastian Bach.

Christoph Bernhard was born in Kolberg, Pomerania, and died in Dresden. He studied with former Sweelinck-pupil Paul Siefert in Danzig and in Warsaw. By the age of 20 he was singing at the electoral court in Dresden under Heinrich Schütz and composed some of the music for the Master's funeral. He then spent a year in Copenhagen to study singing with Agostino Fontana. 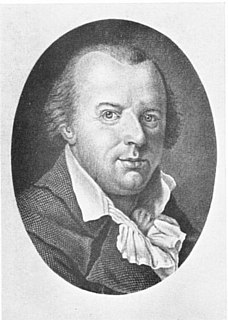 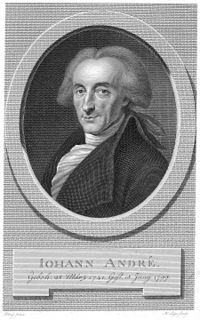 Johann André was a German musician, composer and music publisher of the Classical period. He was born and died in Offenbach am Main.

Andreas Peter Berggreen was a Danish composer, organist, and pedagogue.

Sophia Maria Westenholz was a German composer, musician, singer and music educator. Born in Neubrandenburg, she was raised in a privileged family and spent most of her life in the courts of Schwerin and Ludwigslust, capitals of the Duchy of Mecklenburg-Schwerin. At the behest of Duke Ludwig, she studied piano and singing with Konzertmeister Johann Wilhelm Hertel in Schwerin beginning at age ten. By the time she was sixteen, she was employed as a singer in the Mecklenburg-Schwerin court chapel at Ludwigslust. She became the second wife of the Kapellmeister Carl August Friedrich Westenholz in the summer of 1777; they had eight children together.

"We Plough the Fields and Scatter" is a hymn of German origin commonly associated with harvest festival. Written by poet Matthias Claudius, "Wir pflügen und wir streuen" was published in 1782 and set to music in 1800 attributed to Johann A. P. Schulz. It was translated into English by Jane Montgomery Campbell in 1861. It appears in a shortened form in the musical Godspell, as the song, "All Good Gifts". It is amongst the most performed of hymns in the United Kingdom. 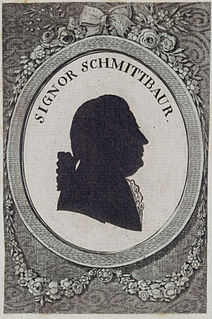 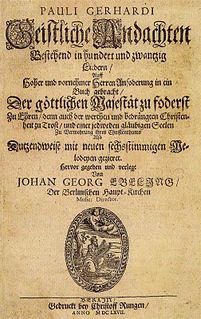 Johann Georg Ebeling was a German composer who was born in Lüneburg and died in Stettin. Ebeling is known as editor and composer of hymns by Paul Gerhardt. He published in 1667 120 songs by Gerhardt, adding new melodies to many, writing the first melody for 26 of them. One of his tunes is "Du meine Seele singe". Several of his cantatas are extant.

"Der Mond ist aufgegangen" is a German lullaby and evening song by Matthias Claudius, one of the most popular in German literature. Also known under the name Abendlied it was first released in Musen-Almanach in 1779, published by Johann Heinrich Voß. In 1783, Claudius published the poem with a modification to verse six in Asmus omnia sua secum portans oder Sämmtliche Werke des Wandsbecker Bothen IV. Theil. 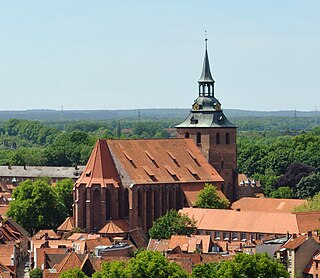 St. Michaelis is one of the main churches in Lüneburg, Lower Saxony, Germany. It was first an abbey church of the former monastery of Benedictines, built from 1376 in brick Gothic style. It became Lutheran during the Reformation. Johann Sebastian Bach was for two years a pupil at the school of St. Michaelis.

"Wir pflügen und wir streuen" is a sacred song about thanksgiving for harvest, with text by Matthias Claudius. It was first published in 1783 as Das Bauernlied. It became a hymn, with melodies by Johann André and Johann Abraham Peter Schulz. It appears in the current German Protestant hymnal Evangelisches Gesangbuch as EG 508 with the latter melody, and is used mostly for the German Erntedankfest. Jane Montgomery Campbell translated it to English in 1861 as "We plough the fields and scatter".