Johann Christoph Bach (16 June 1671 – 22 February 1721) was a musician of the Bach family. He was the eldest of the brothers of Johann Sebastian Bach who survived childhood.

Johann Christoph was born in Erfurt in June 1671, a few months before the family moved to Eisenach, where Johann Sebastian was born fourteen years later as the last child. [1] In 1686 Johann Christoph was sent to Erfurt to study under Johann Pachelbel for the next three years. [2] By the end of his apprenticeship he was organist in the St. Thomas church in that town for a short time, followed by some months at Arnstadt where several Bach relatives lived. [2]

In 1690 Johann Christoph became organist at the Michaeliskirche at Ohrdruf. In October 1694 he married Dorothea von Hof. [3] His mother Maria Elisabeth Lämmerhirt had died earlier that year, and his father Johann Ambrosius Bach died in March the next year. Two younger brothers, Johann Jacob and Johann Sebastian, who up till then had been living with their father in Eisenach, came to live with Johann Christoph's family in Ohrdruf. At the time, Johann Jacob was thirteen, and Johann Sebastian not even ten. Johann Christoph's five sons were born between 1695 and 1713. [4]

The most renowned Clavier composers of that day were Froberger, Fischer, Johann Caspar Kerl, Pachelbel, Buxtehude, Bruhns, and Böhm. Johann Christoph possessed a book containing several pieces by these masters, and [Johann Sebastian] Bach begged earnestly for it, but without effect. Refusal increasing his determination, he laid his plans to get the book without his brother's knowledge. It was kept on a book-shelf which had a latticed front. Bach's hands were small. Inserting them, he got hold of the book, rolled it up, and drew it out. As he was not allowed a candle, he could only copy it on moonlight nights, and it was six months before he finished his heavy task. As soon as it was completed he looked forward to using in secret a treasure won by so much labour. But his brother found the copy and took it from him without pity, nor did Bach recover it until his brother's death soon after. [7]

The brother had however not died "soon after". [8] [6] Having stayed with his brother for five years Johann Sebastian left Ohrdruf, joining the choir of St. Michael's Convent at Lüneburg. [9] Around the time Johann Sebastian left Lüneburg a few years later he composed a Cappricio for his eldest brother, BWV 993. [10] In the years that followed Johann Christoph copied several compositions by his younger brother. [11]

All of Johann Christoph's sons became musicians, three of them at Ohrdruf. [4] He died, aged 49, in Ohrdruf. 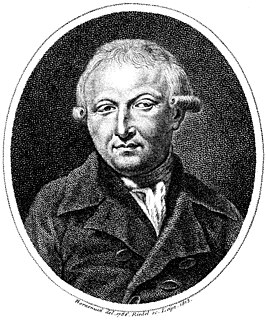 The Bach family was of importance in the history of music for nearly two hundred years, with over 50 known musicians and several notable composers, the best-known of whom was Johann Sebastian Bach (1685–1750). A family genealogy was drawn up by Johann Sebastian Bach himself in 1735, his 50th year, and completed by his son Carl Philipp Emanuel. 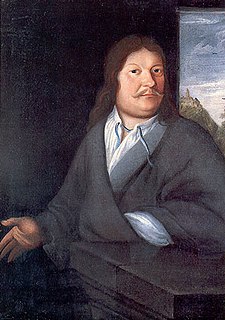 Johann Sebastian Bach was a German composer and musician of the Baroque period. He is known for instrumental compositions such as the Brandenburg Concertos and the Goldberg Variations, and for vocal music such as the St Matthew Passion and the Mass in B minor. Since the 19th-century Bach Revival he is generally regarded as one of the greatest composers of all time.

Johann Christoph Bach may refer to:

The Bach House in Eisenach, Thuringia, Germany, is a museum dedicated to the composer Johann Sebastian Bach who was born in the city. On its 600 m² it displays around 250 original exhibits, among them a Bach music autograph. The core of the building complex is a half-timbered house, ca. 550 years old, which was mistakenly identified as Bach's birth house in the middle of the 19th century. In 1905, the Leipzig-based Neue Bachgesellschaft acquired the building. In 1907, it was opened as the first Bach museum. 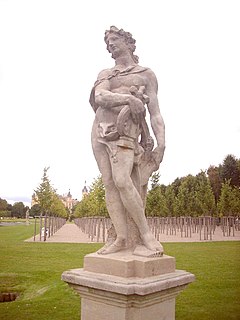 Geschwinde, geschwinde, ihr wirbelnden Winde, BWV 201, is a secular cantata by Johann Sebastian Bach, on a libretto by Picander. It is a dramma per musica, likely composed for a public performance in 1729, around which time its oldest extant printed libretto was published. The text, titled Der Streit zwischen Phoebus und Pan, is based on the "Ears of a Donkey" story in Ovid's Metamorphoses, and mocks unsophisticated music in favour of a more intelligent composition style.

The concerto for two harpsichords in C minor, BWV 1060, is a concerto for two harpsichords and string orchestra by Johann Sebastian Bach. It is likely to have originated in the second half of the 1730s as an arrangement of an earlier concerto, also in C minor, for oboe and violin. That conjectural original version of the concerto, which may have been composed in Bach's Köthen years (1717–1723), is lost, but has been reconstructed in several versions known as BWV 1060R.

Das ist je gewißlich wahr, TWV 1:183, is a cantata by Georg Philipp Telemann. Due to an erroneous attribution to Johann Sebastian Bach, it appears in the Bach-Werke-Verzeichnis (BWV) as No. 141, but was moved to Anhang III, the Appendix of spurious works, in the 1990s second edition of that catalogue.

Nekrolog is the name with which Johann Sebastian Bach's obituary, which appeared four years after the composer's death, is usually indicated.

The Kyrie–Gloria Mass for double choir, BWV Anh. 167, is a mass composition in G major by an unknown composer. The work was likely written before the second quarter of the 18th century. In the 1730s Johann Sebastian Bach produced a manuscript copy of the Mass. In the early 19th century, it was published and performed as a composition by Bach. Scholarship published in the second half of the 19th century contested the work's attribution to Bach. 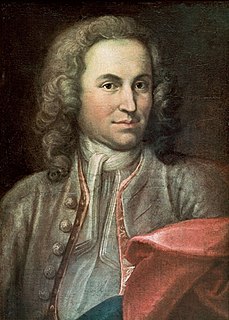 Johann Sebastian Bach started composing cantatas around 1707, when he was still an organist in Arnstadt. The first documented performances of his work took place in Mühlhausen, where he was appointed in 1708. 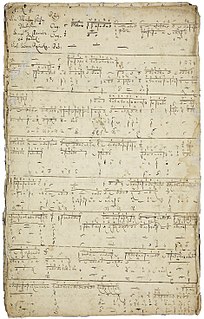