Johann Friedrich Gmelin was born as the eldest son of Philipp Friedrich Gmelin in 1748 in Tübingen. He studied medicine under his father [1] at University of Tübingen and graduated with a Master's degree in 1768, with a thesis entitled: Irritabilitatem vegetabilium, in singulis plantarum partibus exploratam ulterioribusque experimentis confirmatam, defended under the presidency of Ferdinand Christoph Oetinger, [2] whom he thanks with the words Patrono et praeceptore in aeternum pie devenerando, pro summis in medicina obtinendis honoribus.

Johann Friedrich Gmelin when young became an "apostle" of Carl Linnaeus, probably when Linnaeus was working in the Netherlands, and undertook a plant-collecting expedition to "Persia" on his behalf. [3] Later in life he published several textbooks in the fields of chemistry, pharmaceutical science, mineralogy, and botany. He also edited and published the posthumous 13th edition of Systema Naturae by Carl Linnaeus from 1788 to 1793. This contained descriptions and scientific names of many new species, including birds that had earlier been catalogued without a scientific name by John Latham in his A General Synopsis of Birds. Gmelin's publication is cited as the authority for over 290 bird species [4] and also a number of butterfly species. [5]

Among his students were Georg Friedrich Hildebrandt, Carl Friedrich Kielmeyer, Friedrich Stromeyer, and Wilhelm August Lampadius. He was the father of Leopold Gmelin.

The plant genus Gmelina was named after Gmelin by Linnaeus.

The standard author abbreviation J.F.Gmel. is used to indicate this person as the author when citing a botanical name. [7] 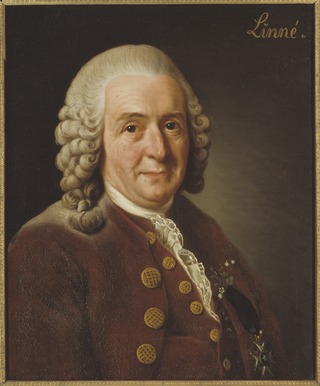 Carl Linnaeus, also known after his ennoblement in 1761 as Carl von Linné, was a Swedish botanist, zoologist, taxonomist, and physician who formalised binomial nomenclature, the modern system of naming organisms. He is known as the "father of modern taxonomy". Many of his writings were in Latin; his name is rendered in Latin as Carolus Linnæus and, after his 1761 ennoblement, as Carolus a Linné. 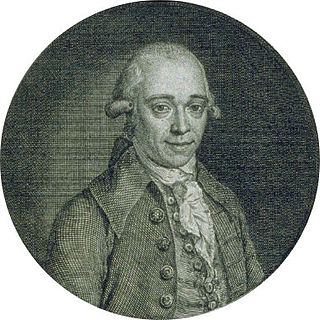 Johann Georg Gmelin was a German naturalist, botanist and geographer.

Leopold Gmelin was a German chemist. Gmelin was a professor at the University of Heidelberg He worked on the red prussiate and created Gmelin's test, and wrote his Handbook of Chemistry, which over successive editions became a standard reference work still in use. 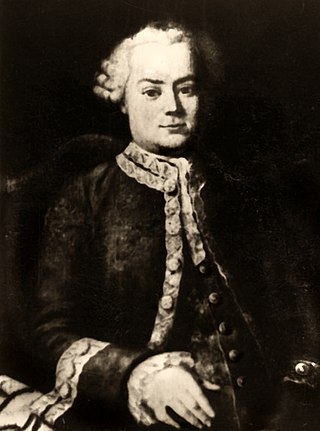 Christian Gottfried Daniel Nees von Esenbeck was a prolific German botanist, physician, zoologist, and natural philosopher. He was a contemporary of Goethe and was born within the lifetime of Linnaeus. He described approximately 7,000 plant species. His last official act as president of the German Academy of Natural Scientists Leopoldina was to admit Charles Darwin as a member. He was the author of numerous monographs on botany and zoology. His best-known works deal with fungi.

The Brazilian teal or Brazilian duck is the only duck in the genus Amazonetta. It is widely distributed in eastern South America. 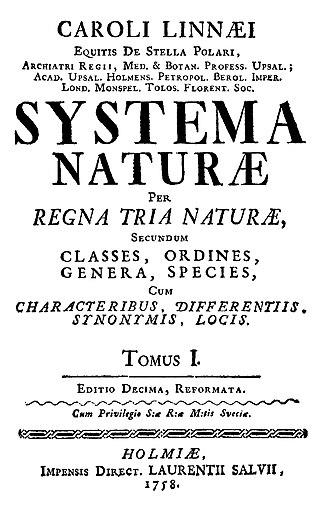 Systema Naturae is one of the major works of the Swedish botanist, zoologist and physician Carl Linnaeus (1707–1778) and introduced the Linnaean taxonomy. Although the system, now known as binomial nomenclature, was partially developed by the Bauhin brothers, Gaspard and Johann, Linnaeus was first to use it consistently throughout his book. The first edition was published in 1735. The full title of the 10th edition (1758), which was the most important one, was Systema naturæ per regna tria naturæ, secundum classes, ordines, genera, species, cum characteribus, differentiis, synonymis, locis or translated: "System of nature through the three kingdoms of nature, according to classes, orders, genera and species, with characters, differences, synonyms, places".

Josef (Joseph) August Schultes was an Austrian botanist and professor from Vienna. Together with Johann Jacob Roemer (1763–1819), he published the 16th edition of Linnaeus' Systema Vegetabilium. In 1821, he was elected a foreign member of the Royal Swedish Academy of Sciences. He was the father of Julius Hermann Schultes (1804-1840).

Cavanilla is a name that has been used four times, applied to four different groups of plants. None of the names is in common use today. Names are

The large-billed tern is a species of tern in the family Laridae. It is placed the monotypic genus Phaetusa. It is found in most of South America. It has occurred as a vagrant in Aruba, Bermuda, Cuba, Panama and the United States. Its natural habitats are rivers and freshwater lakes. 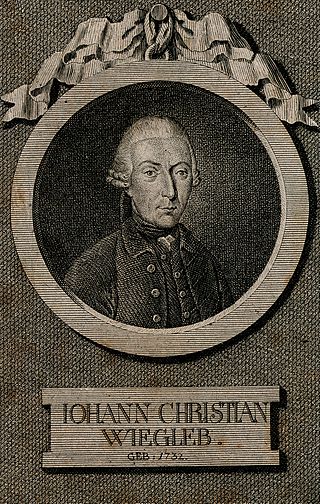 Johann Christian Wiegleb was a notable German apothecary and early innovator of chemistry as a science.

Christian Gottlieb Ludwig was a German physician and botanist born in Brieg, Silesia. He was the father of physician/naturalist Christian Friedrich Ludwig (1757–1823) and of Christian L. Ludwig (1749–1784), a physician/scientist known for his translation of Joseph Priestley's scientific experiments. 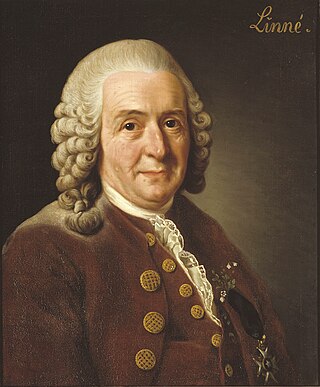 Johan Andreas (Anders) Murray was a Swedish physician of German descent and botanist, who published a major work on plant-derived medicines.

Euphorbia abyssinica, commonly known as the desert candle or candelabra spurge, is a species of plant in the family Euphorbiaceae. E. abyssinica is endemic to Ethiopia, Somalia, Sudan and Eritrea. It was first described in 1791, by the German botanist Johann Friedrich Gmelin. In its native habitat, it can grow up to 10 m (33 ft) tall. The woody stem is used for firewood and as timber in roofing, furniture and other items, and the sap is used in traditional medicine. It is also cultivated as an ornamental house plant.

Karl (Carl) Christian Gmelin was a German botanist. He was the brother of engraver Wilhelm Friedrich Gmelin (1760–1820).

Wikimedia Commons has media related to Johann Friedrich Gmelin .
This page is based on this Wikipedia article
Text is available under the CC BY-SA 4.0 license; additional terms may apply.
Images, videos and audio are available under their respective licenses.