Born at Haselau, near Uetersen, Holstein, Lehmann studied medicine in Copenhagen and Göttingen, obtained a doctorate in medicine in 1813 and a doctorate in philosophy from the University of Jena in 1814. He spent the rest of his life as professor of physics and natural sciences, and head librarian, at the Gymnasium Academicum in Hamburg.

Some of Lehmann's later illustrations were executed by the German entomologist Johann Wilhelm Meigen.

The standard author abbreviation Lehm. is used to indicate this person as the author when citing a botanical name. [1] 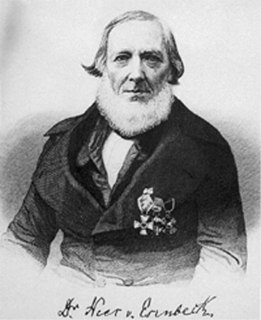 Christian Gottfried Daniel Nees von Esenbeck was a prolific German botanist, physician, zoologist, and natural philosopher. He was a contemporary of Goethe and was born within the lifetime of Linnaeus. He described approximately 7,000 plant species. His last official act as president of the German Academy of Natural Scientists Leopoldina was to admit Charles Darwin as a member. He was the author of numerous monographs on botany and zoology. His best-known works deal with fungi.

Heinrich Gottlieb Ludwig Reichenbach was a German botanist and ornithologist. It was he who first requested Leopold Blaschka to make a set of glass marine invertebrate models for scientific education and museum showcasing, the successful commission giving rise to the creation of the Blaschkas' Glass sea creatures and, subsequently and indirectly, the more famous Glass Flowers.

Charles Ludwig de Blume or Karl Ludwig von Blume was a German-Dutch botanist. The standard author abbreviation Blume is used to indicate this person as the author when citing a botanical name.

Johan Wilhelm Zetterstedt was a Swedish naturalist who worked mainly on Diptera and Hymenoptera.

Jacob Sturm was a leading engraver of entomological and botanical scientific publications in Germany at the end of the 18th and beginning of the 19th century. He was born and lived in Nuremberg and was the only son of engraver Johann Georg Sturm (1742-1793), who trained him in drawing and copperplate engraving.

Johann Christian Buxbaum, was a German physician, botanist, entomologist and traveller. The standard author abbreviation J.C.Buxb. is used to indicate this person as the author when citing a botanical name.

Karl Julius Perleb was a German botanist and natural scientist. 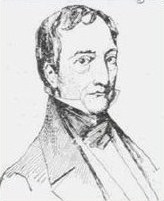 Luigi Aloysius Colla was an Italian botanist of the late 18th and early 19th Centuries. He was a member of the Provisional Government of Savoy from December 12, 1798, to April 2, 1799, taking his turn as chairman of the government in rotation for a ten-day term. In 1820 Colla described two species, Musa balbisiana and Musa acuminata, that are the basis for almost all cultivated bananas. Colla was a member of the Philadelphia Academy of Natural Sciences.

Leonard Plukenet (1641–1706) was an English botanist, Royal Professor of Botany and gardener to Queen Mary. 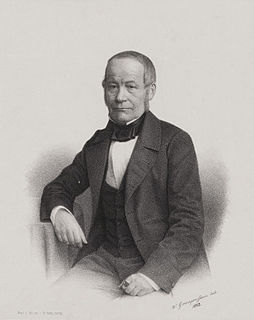 Joachim Steetz was a German botanist. His herbarium, comprising more than 5000 specimens from over 160 collectors and 30 countries was purchased in 1863 by Victorian Government Botanist Ferdinand von Mueller for the sum of 80 pounds. The collection is currently housed at the National Herbarium of Victoria. The herbarium was compiled by Steetz over more than thirty years and comprises 160 collectors from more than 30 countries, including type specimens from plant collectors of the time including:

Rhodochiton atrosanguineus is a herbaceous perennial vine native to Mexico. It has been cultivated as an ornamental plant since at least 1836.

Acacia meisneri is a shrub belonging to the genus Acacia and the subgenus Phyllodineae that is endemic to an area in south western Australia.

Hemiphora bartlingii, commonly known as woolly dragon, is a flowering plant in the mint family Lamiaceae and is endemic to the south-west of Western Australia. It is an erect shrub with branches covered with greyish, rusty-coloured hairs, leaves with a blistered appearance and with white, pink or purple flowers over an extended period.

Sciapus wiedemanni is a species of fly in the family Dolichopodidae. It is widely distributed across Europe. It has also been introduced to Washington, United States and Ontario, Canada.