Breitinger studied theology and philology and first earned recognition from 1730 through a new edition of the Septuaginta. From 1731 he worked as Professor of Hebrew and later of Greek in the gymnasium in Zürich. Breitinger was however best known for his collaborations with his friend Johann Jakob Bodmer. In their joint work it cannot always to be distinguished, from whom most of the suggestions came. The main part of the historical collection Thesaurus Historicae Helveticae (1735) may be attributed to Breitinger.

Breitinger's principal work Critische Dichtkunst (1740) was a rejection of the traditional poetic principle of imitation of nature for the benefit of the creative imagination; it had a big influence on German literary theory and the burgeoning genius cult. In this context was also the literary-historically significant dispute of Bodmer and Breitinger with Johann Christoph Gottsched.

Johann Christoph Gottsched was a German philosopher, author, and critic. For about thirty years, he exercised an almost undisputed literary dictatorship in Germany. But by his later years, his name had become a by-word for foolish pedantry. 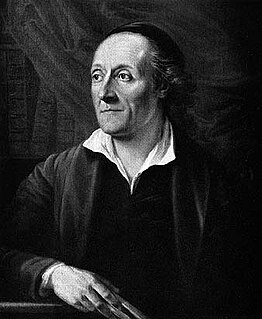 Johann Joachim Eschenburg was a German critic and literary historian. 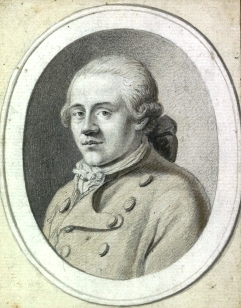 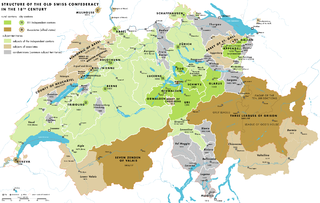 Christoph Friedrich Nicolai was a German writer and bookseller.

As there is no dominant national language, the four main languages of French, Italian, German and Romansch form the four branches which make up a literature of Switzerland. The original Swiss Confederation, from its foundation in 1291 up to 1798, gained only a few French-speaking districts in what is now the Canton of Fribourg, and so the German language dominated. During that period the Swiss vernacular literature was in German, although in the 18th century, French became fashionable in Bern and elsewhere. At that time, Geneva and Lausanne were not yet Swiss: Geneva was an ally and Vaud a subject land. The French branch does not really begin to qualify as Swiss writing until after 1815, when the French-speaking regions gained full status as Swiss cantons. The Italian and Romansch-Ladin branches are less prominent.

Johann Caspar Füssli was a Swiss portrait painter and writer.

Peter von Matt is a Swiss philologist and author.

Johann Jakob Bethmann was a German merchant and shipowner.

The Helvetische Gesellschaft / Société Helvétique, or Helvetic Society as it is known in English, was a patriotic society and the first Swiss reform society. It was founded by Swiss philosopher Isaak Iselin, poet Solomon Gessner and some 20 others on 15 May 1762, and was dissolved with the formation of the Helvetic Republic in 1798. It was revived again from 1819 on until 1849. The latter should not be confused with the contemporary Helvetic Society for the Natural Sciences, established in 1815.

Max Wehrli was a Swiss literary scholar and Germanist. Wehrli studied from 1928 till 1935 Germanic and Greek at the Universities of Zurich and Berlin. Among his teachers were Emil Ermatinger, Ernst Howald and Nicolai Hartmann. 1936 he wrote his Ph.D. thesis at the University of Zurich.

Heinrich Breitinger was a Swiss literary historian and philologist. 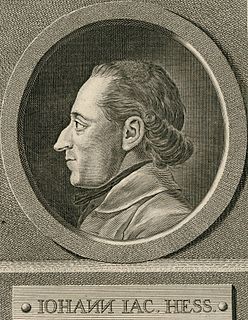 Johann Jacob Hess was a Protestant Swiss theologian and clergyman.

Rudolf Braun was a Swiss historian.