Rabie, who was born in Johannesburg, worked as a journalist for the Afrikaans newspapers Die Burger and Rapport . [3] In 1986, Rabie started performing politically themed cabaret at arts festivals under his new stage name (kerkorrel meaning church organ in Afrikaans). At that time, apartheid was at its nadir under State President P.W. Botha's National Party-led government.

In 1987, Rabie was fired by Rapport for using quotes from Botha's speeches in his music; he then became a full-time musician and performer under the name Johannes Kerkorrel en die Gereformeerde Blues Band (Johannes Kerkorrel and the Reformed Blues Band), a deliberate reference to the Reformed Church. The band also included the Afrikaans singer-songwriter Koos Kombuis. Their brand of new Afrikaans music was dubbed alternatiewe Afrikaans (alternative Afrikaans) and exposed divergent political views to a new generation of Afrikaners. [1] [2]

In 1985, they released the album Eet Kreef (Eat Crayfish) on the now-defunct Shifty Records label, which was a commercial success despite its tracks being banned from radio airplay by the state-controlled South African Broadcasting Corporation, which was the government mouthpiece. Colloquially, 'Eet Kreef' is ambiguous, meaning either 'Enjoy!' or 'Get lost!'. The subsequent regional tour of college campuses and art festivals was called Voëlvry (literally free as a bird but here meaning outlawed), and Rabie's controversial reinvention of Afrikaans popular music became known as the Voëlvry movement . [1] [2]

In 1990, Rabie visited Amsterdam, and almost simultaneously the track "Hillbrow" from the Eet Kreef album became a hit in Belgium, and Rabie followed its success with a solo tour. In subsequent years he enjoyed substantial artistic success in Belgium and the Netherlands, and spent much of his time in Belgium. Here he also befriended Stef Bos, a Dutch cabaret artist, with whom he would share a number of concerts. [1] [2]

Rabie hanged himself on 12 November 2002 in Kleinmond, near Hermanus on the Western Cape coast on a tree that is alien to South Africa. He was survived by his long-term partner, and by his ex-wife and son. [4] [5] [6] [7]

The South African singer songwriter Valiant Swart wrote the song "Sonvanger" dedicated to the artist with Kerkorrel's mother Anne in mind, longing for her lost son.

Rabie is a much covered artist. Among the cover versions that exist are:

The film Johnny is nie dood nie portrays a fictional group of friends meeting up after his suicide, looking back to the events leading up to the Voëlvry movement, and how his music inspired and influenced them. [13] [14]

Hillbrow is an inner city residential neighbourhood of Johannesburg, Gauteng Province, South Africa. It is known for its high levels of population density, unemployment, poverty, prostitution and crime. 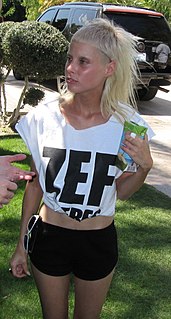 Hartenbos is a town in the Western Cape province of South Africa. It is located some 45 kilometres outside George, South Africa. It belongs, together with 20 other settlements, to the Mossel Bay Local Municipality. Originally a farm, the South African Railways and Harbours turned it into a holiday resort for their lower-rung employees in 1933.

Founded by Lloyd Ross and Ivan Kadey, Shifty Records was a South African anti-apartheid record label which existed for over a decade beginning in 1982. In 1986 Kadey left South Africa and became partner with the Waterland Design Group in Hollywood, designing studios at Capitol Records, Virgin Tokyo, Sony/Epic Santa Monica, and many other recording venues. At this time Warrick Sony bought in as partner with the purchase of recording equipment.

Koos Kombuis is a South African musician, singer, songwriter and writer who became famous as part of a group of anti-establishment maverick Afrikaans musicians, who, under the collective name of Voëlvry, toured campuses across South Africa in the 1980s, to "liberate Afrikaans from the shackles of its past". Fellow musicians of this movement were Johannes Kerkorrel and Bernoldus Niemand.

Afrikaner nationalism is a political ideology that was born in the late nineteenth century among Afrikaners in South Africa. It was immensely influenced by anti-British sentiment which grew strong among the Afrikaners, especially because of systematic British war crimes during the Second Boer War. 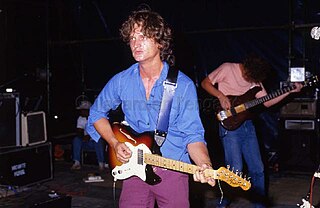 Daniel Francois Roodt is an Afrikaner author, publisher, and commentator. 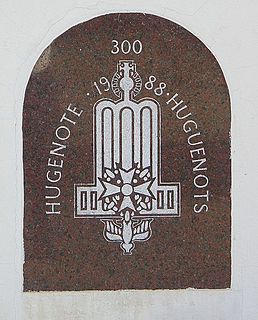 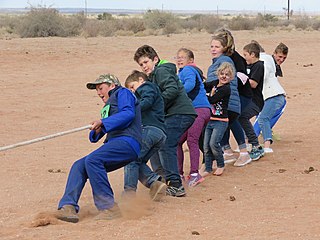 Afrikaners are a South African ethnic group descended from predominantly Dutch settlers first arriving at the Cape of Good Hope in the 17th and 18th centuries. They traditionally dominated South Africa's politics and commercial agricultural sector prior to 1994. Afrikaans, South Africa's third most widely spoken home language, evolved as the mother tongue of Afrikaners and most Cape Coloureds. It originated from the Dutch vernacular of South Holland, incorporating words brought from the Dutch East Indies and Madagascar by slaves. Afrikaners make up approximately 5.2% of the total South African population, based upon the number of White South Africans who speak Afrikaans as a first language in the South African National Census of 2011.

Bittereinder is a South African rap/electro band from Pretoria who perform in Afrikaans. Jaco van der Merwe, Peach van Pletzen, and Louis Minnaar founded the three-man band in 2009, and have since performed at major South African festivals such as Oppikoppi, across southern Africa, and the Netherlands. They are known for their high-energy performances. 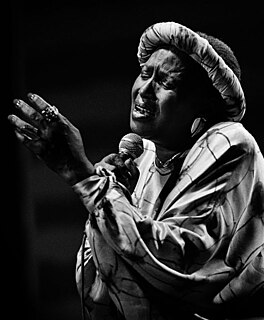 The Eerste Alternatiewe Afrikaanse Rockkonsert was a concert held on March 25, 1988, in the Johannesburg Pool Club. The concert was organized by Dagga-Dirk Uys and Boogie Gottschalk of Shifty Records, and was known as the beginning of the Voëlvry Movement.