Johannes Stark (German pronunciation: [joˈhanəs ʃtaʁk] , 15 April 1874 – 21 June 1957) was a German physicist who was awarded the Nobel Prize in Physics in 1919 "for his discovery of the Doppler effect in canal rays and the splitting of spectral lines in electric fields". This phenomenon is known as the Stark effect.

A supporter of Adolf Hitler from 1924, Stark was one of the main figures, along with fellow Nobel laureate Philipp Lenard, in the anti-Semitic Deutsche Physik movement, which sought to remove Jewish scientists from German physics. He was appointed head of the German Research Foundation in 1933 and was president of the Reich Physical-Technical Institute from 1933 to 1939. In 1947 he was found guilty as a "Major Offender" by a denazification court.

Born in Schickenhof, Kingdom of Bavaria (now Freihung), Stark was educated at Bayreuth Gymnasium (secondary school) and later in Regensburg. His collegiate education began at the University of Munich, where he studied physics, mathematics, chemistry, and crystallography. His tenure at that college began in 1894; he graduated in 1897, with his doctoral dissertation titled Untersuchung über einige physikalische, vorzüglich optische Eigenschaften des Rußes (Investigation of some physical, in particular optical properties of soot). [1]

Stark worked in various positions at the Physics Institute of his alma mater until 1900, when he became an unsalaried lecturer at the University of Göttingen. An extraordinary professor at Hannover by 1906, in 1908 he became professor at RWTH Aachen University. He worked and researched at physics departments of several universities, including the University of Greifswald, until 1922. In 1919, he won the Nobel Prize in Physics for his "discovery of the Doppler effect in canal rays and the splitting of spectral lines in electric fields" (the latter is known as the Stark effect). From 1933 until his retirement in 1939, Stark was elected President of the Physikalisch-Technische Reichsanstalt, while also President of the Deutsche Forschungsgemeinschaft.

It was Stark who, as the editor of the Jahrbuch der Radioaktivität und Elektronik, asked in 1907, then still rather unknown, Albert Einstein to write a review article on the principle of relativity. Stark seemed impressed by relativity and Einstein's earlier work when he quoted "the principle of relativity formulated by H. A. Lorentz and A. Einstein" and "Planck's relationship M0 = E0/c2" in his 1907 paper [2] in Physikalische Zeitschrift, where he used the equation e0 = m0c2 to calculate an "elementary quantum of energy", i.e. the amount of energy related to the mass of an electron at rest. While working on his article, [3] Einstein began a line of thought that would eventually lead to his generalized theory of relativity, which in turn became (after its confirmation) the start of Einstein's worldwide fame. This is ironic, given Stark's later work as an anti-Einstein and anti-relativity propagandist in the Deutsche Physik movement. [4]

Stark published more than 300 papers, mainly regarding electricity and other such topics. He received various awards, including the Nobel Prize, the Baumgartner Prize of the Vienna Academy of Sciences (1910), the Vahlbruch Prize of the Göttingen Academy of Sciences (1914), and the Matteucci Medal of the Rome Academy. Probably his best known contribution to the field of physics is the Stark effect, which he discovered in 1913. In 1970 the International Astronomical Union honored him with a crater on the far-side of the moon, without knowing his Nazi activities.

In the wake of George Floyd's killing and subsequent anti-racism protests, planetary scientist Charles Wood (chair of IAU's The Task Groups for Lunar Nomenclature) has recommended to the group that the name of Stark should be quickly replaced due to Stark's racism and support of Adolf Hitler. [5]

He married Luise Uepler, and they had five children. His hobbies were the cultivation of fruit trees and forestry. He worked in his private laboratory, which he set up using his Nobel prize money, on his country estate in Upper Bavaria after the second world war. There he studied the deflection of light in an electric field. [6]

From 1924 onwards, Stark supported Hitler. [7] During the Nazi regime, Stark attempted to become the Führer of German physics through the Deutsche Physik ("German physics") movement (along with fellow Nobel laureate Philipp Lenard) against the "Jewish physics" of Albert Einstein and Werner Heisenberg (who was not Jewish). After Werner Heisenberg defended Albert Einstein's theory of relativity, Stark wrote an angry article in the official SS newspaper Das Schwarze Korps , calling Heisenberg a "White Jew". [7]

On August 21, 1934, Stark wrote to physicist and fellow Nobel laureate Max von Laue, telling him to toe the party line or suffer the consequences. The letter was signed off with "Heil Hitler." [8]

In his 1934 book Nationalsozialismus und Wissenschaft (English: "National Socialism and Science") Stark maintained that the priority of the scientist was to serve the nation—thus, the important fields of research were those that could help German arms production and industry. He attacked theoretical physics as "Jewish" and stressed that scientific positions in Nazi Germany should only be held by pure-blooded Germans.

Writing in Das Schwarze Korps, Stark argued that even if racial antisemitism were to triumph, it would only be a 'partial victory' if 'Jewish' ideas were not similarly defeated: "We also have to eradicate the Jewish spirit, whose blood can flow just as undisturbed today as before if its carriers hold beautiful Aryan passes". [9]

In 1947, following the defeat of Germany in World War II, Stark was classified as a "Major Offender" and received a sentence of four years' imprisonment (later suspended) by a denazification court.

Max Karl Ernst Ludwig Planck, was a German theoretical physicist whose discovery of energy quanta won him the Nobel Prize in Physics in 1918.

Philipp Eduard Anton von Lenard was a Hungarian-born German physicist and the winner of the Nobel Prize for Physics in 1905 for his work on cathode rays and the discovery of many of their properties. One of his most important contributions was the experimental realization of the photoelectric effect. He discovered that the energy (speed) of the electrons ejected from a cathode depends only on the wavelength, and not the intensity of, the incident light.

Max Theodor Felix von Laue was a German physicist who received the Nobel Prize in Physics in 1914 for his discovery of the diffraction of X-rays by crystals. In addition to his scientific endeavors with contributions in optics, crystallography, quantum theory, superconductivity, and the theory of relativity, he had a number of administrative positions which advanced and guided German scientific research and development during four decades. A strong objector to Nazism, he was instrumental in re-establishing and organizing German science after World War II.

Otto Stern was a German-American physicist and Nobel laureate in physics. He was the second most nominated person for a Nobel Prize with 82 nominations in the years 1925–1945, ultimately winning in 1943.

Deutsche Physik or Aryan Physics was a nationalist movement in the German physics community in the early 1930s which had the support of many eminent physicists in Germany. The term was taken from the title of a four-volume physics textbook by Nobel Laureate Philipp Lenard in the 1930s.

Gunnar Nordström was a Finnish theoretical physicist best remembered for his theory of gravitation, which was an early competitor of general relativity. Nordström is often designated by modern writers as The Einstein of Finland due to his novel work in similar fields with similar methods to Einstein.

The German Physical Society is the oldest organisation of physicists. The DPG's worldwide membership is cited as 60,547, as of 2019, making it the largest physics society in the world. It holds an annual conference and multiple spring conferences, which are held at various locations and along topical subjects of given sections of the DPG. The DPG serves the fields of pure and applied physics. Main aims are to bring its members and all physicists living in Germany closer together, represent their entirety outwards as well as foster the exchange of ideas between its members and foreign colleagues. The DPG binds itself and its members to advocate for freedom, tolerance, veracity and dignity in science and to be aware about the fact that the people working in science are responsible to a particularly high extent for the configuration of the overall human activity.

Robert Wichard Pohl was a German physicist at the University of Göttingen. Nevill Francis Mott described him as the "father of solid state physics". 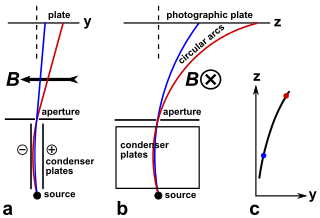 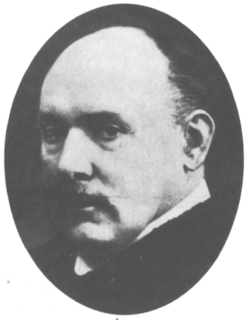 Rudolf Karl Anton Tomaschek was a German experimental physicist. His scientific efforts included work on phosphorescence, fluorescence, and (tidal) gravitation. Tomaschek was a supporter of deutsche Physik, which resulted in his suspension from his university posts after World War II. From 1948 to 1954, he worked in England for the Anglo-Iranian Oil Company (AIOC). In 1954, when AIOC became BP, he went to Germany and was president of the Permanent Tidal Commission.

Walter Friedrich Karl Weizel was a German theoretical physicist and politician. As a result of his opposition to National Socialism in Germany, he was forced into early retirement for a short duration in 1933. He was a full at the University of Bonn, from 1936 to 1969. After World War II, he helped to establish the Jülich Research Center, and he was a state representative of the Social Democratic Party of Germany.

Friedrich Kottler was an Austrian theoretical physicist. He was a Privatdozent before he got a professorship in 1923 at the University of Vienna. 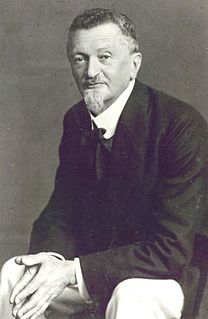 Felix Auerbach was a German physicist.

Max Bernhard Weinstein was a German physicist and philosopher. He is best known as an opponent of Albert Einstein's Theory of Relativity, and for having written a broad examination of various theological theories, including extensive discussion of pandeism.