Johannes Tauler OP (c. 1300 – 16 June 1361) was a German mystic, a Roman Catholic priest and a theologian. A disciple of Meister Eckhart, he belonged to the Dominican order. Tauler was known as one of the most important Rhineland mystics. He promoted a certain neo-platonist dimension in the Dominican spirituality of his time.

He was born about the year 1300 in Strasbourg, and seems to have been the son of Nikolus Tauler or Taweler, of Finkweiler, who in 1304 was a member of the Strasbourg city council. [1] entered the Dominican order at the age of about eighteen, and was educated at the Dominican convent in that city. Meister Eckhart, who greatly influenced him, was active in Strasbourg c. 1313–1326, though it is unclear what relationship they may have had. [2] It is possible that while taking the customary eight-years' course of study at the monastery he heard Eckhart preach. From Strasbourg he went to the Dominican college of Cologne, and perhaps to St James's College, Paris, ultimately returning to Strasbourg, but more probably he returned from Cologne to Strasburg. [3]

Around 1330 Tauler began his preaching career in Strasbourg. The city contained eight convents of Dominican nuns and perhaps seventy smaller beguine communities. It seems likely that (as with Meister Eckhart and Henry Suso), much of his preaching was directed to holy women. Most of Tauler's nearly eighty sermons seem to reflect a convent situation, although this may partly reflect the setting in which such sermons were most likely to be written down and preserved. [4]

In 1338 or 1339 the Dominicans were exiled from Strasbourg as a result of the tensions between Pope John XXII and Lewis of Bavaria. [5] Tauler spent his exile (c. 1339–1343) in Basel. Here, he became acquainted with the circles of devout clergy and laity known as the Friends of God (Gottesfreunde). Tauler mentions the Friends of God often in his sermons. Evidence for further connections with this group is found in the letters exchanged between the secular priest Henry of Nördlingen and his spiritual friend, the Dominican nun Margaret Ebner. Through Henry, Tauler also became acquainted with Mechthild of Magdeburg's Flowing Light of the Godhead. [5]

Tauler worked with the Friends of God, and it was with them that he taught his belief that the state of the soul was affected more by a personal relationship with God than by external practices. In this way, he was more of a proselytizer than his counterpart, Eckhart. [6]

Tauler returned to Strasbourg around 1343, but the following years brought various crises. Strasbourg experienced a devastating earthquake and fire in 1346. From late 1347 until 1349, the city was ravaged by the Black Death. [5] It is said that when the city was deserted by all who could leave it, Tauler remained at his post, encouraging his terror-stricken fellow-citizens with sermons and personal visits. [7]

Tauler travelled fairly extensively in the last two and a half decades of his life. He made several trips to Cologne. A number of his sermons were clearly delivered there, as indicated by their survival in the Cologne dialect of Middle High German. A credible tradition suggests he visited John of Ruusbroec in Groenendaal at some point in the 1350s. [8]

He is credited with composing the words of the Advent song, Es kommt ein Schiff, geladen. The oldest existing text source is a manuscript dated before 1450, found in the Strasbourg Dominican convent of St. Nicolaus in undis, which Tauler was known to have visited frequently. There are also some stylistic similarities to his other writing. [9]

According to tradition, Tauler died on 16 June 1361 in Strasbourg. He was buried in the Dominican church in Strasbourg with an incised gravestone that still survives in the Temple Neuf. [10]

The well-known story of Tauler's conversion and discipline by "The Friend of God from the Oberland" cannot be regarded as historical. [11]

Tauler leaves no formal treatises, either in Latin or the vernacular. Rather, he leaves around eighty sermons.

Tauler's sermons began to be collected in his own lifetime - three fourteenth-century manuscripts date from around the time of Tauler's return to Strasbourg after his exile in Basel. [12]

Tauler was famous for his sermons, which were considered among the noblest in the German language—not as emotional as Henry Suso's, nor as speculative as Eckhart's, but rather intensely practical, and touching on all sides the deeper problems of the moral and spiritual life.

Tauler was one of several notable Christian universalists in the Middle Ages, along with Amalric of Bena and John of Ruysbroeck. [14] He taught that "All beings exist through the same birth as the Son, and therefore shall they all come again to their original, that is, God the Father." [15]

There are various foreign language editions of the sermons: [16]

A good English translation of Tauler's sermons is lacking.

Older English translations of Tauler include various inauthentic pieces, and were often made from the Latin version of Laurentius Surius. They are therefore problematic. These include:

Franz Pfeiffer, was a Swiss literary scholar who worked in Germany and Austria.

Christian mysticism refers to mystical practices and theory within Christianity. Mysticism is not so much a doctrine as a method of thought. It has often been connected to mystical theology, especially in the Roman Catholic and Orthodox Christianity.

The Blessed John van Ruysbroeck was one of the Flemish mystics. Some of his main literary works include The Kingdom of the Divine Lovers, The Twelve Beguines, The Spiritual Espousals, A Mirror of Eternal Blessedness, The Little Book of Enlightenment, and The Sparkling Stone. Some of his letters also survive, as well as several short sayings. He wrote in the Dutch vernacular, the language of the common people of the Low Countries, rather than in Latin, the language of the Church liturgy and official texts, in order to reach a wider audience. 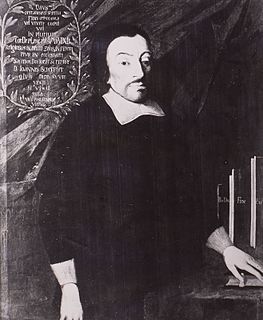 Angelus Silesius, born Johann Scheffler and also known as Johann Angelus Silesius, was a German Catholic priest and physician, known as a mystic and religious poet. Born and raised a Lutheran, he adopted the name Angelus and the epithet Silesius ("Silesian") on converting to Catholicism in 1653. While studying in the Netherlands, he began to read the works of medieval mystics and became acquainted with the works of the German mystic Jacob Böhme through Böhme's friend, Abraham von Franckenberg. Silesius's mystical beliefs caused tension between him and Lutheran authorities and led to his eventual conversion to Catholicism. He took holy orders under the Franciscans and was ordained a priest in 1661. Ten years later, in 1671, he retired to a Jesuit house where he remained for the rest of his life.

Henry Suso, was a German Dominican friar and the most popular vernacular writer of the fourteenth century. Suso is thought to have been born on March 21, 1295. An important author in both Latin and Middle High German, he is also notable for defending Meister Eckhart's legacy after Eckhart was posthumously condemned for heresy in 1329. He died in Ulm on 25 January 1366, and was beatified by the Catholic Church in 1831.

The Friends of God was a medieval mystical group of both ecclesiastical and lay persons within the Catholic Church and a center of German mysticism. It was founded between 1339 and 1343 during the Avignon Papacy of the Western Schism, a time of great turmoil for the Catholic Church. The Friends of God were originally centered in Basel, Switzerland, and were also fairly important in Strasbourg and Cologne. Some late-nineteenth century writers made large claims for the movement, seeing it both as influential in fourteenth-century mysticism and as a precursor of the Protestant Reformation. Modern studies of the movement, however, have emphasised the derivative and often second-rate character of its mystical literature, and its limited impact on medieval literature in Germany.

Rulman Merswin was a German mystic, leader for a time of the Friends of God.

The Friend of God from the Oberland was the name of a figure in Middle Ages German mysticism, associated with the Friends of God and the conversion of Johannes Tauler. His name comes from the Bernese Oberland.

Theologia Germanica, also known as Theologia Deutsch or Teutsch, or as Der Franckforter, is a mystical treatise believed to have been written in the later 14th century by an anonymous author. According to the introduction of the Theologia the author was a priest and a member of the Teutonic Order living in Frankfurt, Germany.

The Brethren of the Free Spirit were adherents of a loose set of beliefs deemed heretical by the Catholic Church but held by some Christians, especially in the Low Countries, Germany, France, Bohemia and northern Italy between the thirteenth and fifteenth centuries. The movement was first identified in the late thirteenth century. It was not a single movement or school of thought, and it caused great unease among Church leaders at the time. Adherents were also called Free Spirits. 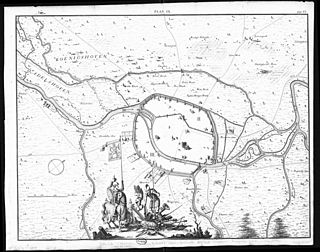 The Sister Catherine Treatise is a work of Medieval Christian mysticism seen as representative of the Heresy of the Free Spirit of the thirteenth and fourteenth centuries in Europe. Wrongly attributed to Christian mystic Meister Eckhart it nevertheless shows the influence of his ideas, or at least the ideas which he was accused or attributed as having had by the Inquisition.

Hendrik Herp, known in Latin as Henricus Harphius, was a Dutch or Flemish Franciscan of the Strict Observance, and a writer on mysticism.

Henry of Nördlingen was a German Catholic priest from Bavaria, who lived in the 14th century, his date of death being unknown. He was the spiritual adviser of Margaretha Ebner, the mystic nun of Medingen.

Eckhart von Hochheim, commonly known as Meister Eckhart or Eckehart, was a German theologian, philosopher and mystic, born near Gotha, in the Landgraviate of Thuringia in the Holy Roman Empire.

Bernard McGinn is an American Roman Catholic theologian, religious historian, and scholar of spirituality. A specialist in Medieval mysticism, McGinn is widely regarded as the preeminent scholar of mysticism in the Western Christian tradition. He is best known for his comprehensive series on mysticism, The Presence of God. According to McGinn, "Even for people who may not have any religious commitment of their own, a study of the great mystics can reveal something about human creativity and genius.",

Middle High German literature refers to literature written in German between the middle of the 11th century and the middle of the 14th. In the second half of the 12th century, there was a sudden intensification of activity, leading to a 60-year "golden age" of medieval German literature referred to as the mittelhochdeutsche Blütezeit (1170–1230). This was the period of the blossoming of MHG lyric poetry, particularly Minnesang. The same sixty years saw the composition of the most important courtly romances. These are written in rhyming couplets, and again draw on French models such as Chrétien de Troyes, many of them relating Arthurian material. The third literary movement of these years was a new revamping of the heroic tradition, in which the ancient Germanic oral tradition can still be discerned, but tamed and Christianized and adapted for the court. These high medieval heroic epics are written in rhymed strophes, not the alliterative verse of Germanic prehistory.

The Jean Sturm Gymnasium is a private Protestant school in Strasbourg, teaching children from the third year of secondary education through to the Baccalaureat. 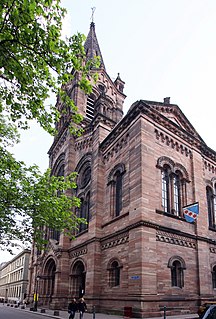 "Es kommt ein Schiff, geladen", is an Advent season chorale and Marian Hymn. It is one of the oldest religious songs of German origin.

Sister-books is the term for a group of texts in the medieval literature. These works were written by Dominican nuns in the first half of the fourteenth century in South Germany and Switzerland. They relate the mystical experiences of sisters within the monastery, and were influential in the development of medieval mysticism.