Bossy was educated at Queens' College,Cambridge,where he was inspired by Walter Ullmann. [3] He lived and lectured in London (1962–66) and Belfast (1966–78) and was a member of the Institute for Advanced Study at Princeton. [4]

Bossy specialised in the history of religion,particularly in that of Christianity during the Reformation period and beyond. According to some commentators,his approach fused together elements of disciplines such as sociology and theology. [5]

His Ph.D. thesis was written on the relations between French and English Catholics during the period of the Renaissance [6] which contained within it the seeds of later work regarding Michel de Castelnau. [7]

He frequently wrote for the London Review of Books [8] and published series of articles in the journals Recusant History and Past &Present . [9] In 1991 The Embassy Affair won the British Crime Writers' Association CWA Gold Dagger for Non-Fiction and (jointly) the Wolfson History Prize. [3]

He moved to the University of York in 1979,where he was professor of History until his retirement in 2000. In 1993 he was elected a Fellow of the British Academy. [3]

The Reformation was a major movement within Western Christianity in 16th-century Europe that posed a religious and political challenge to the Catholic Church and in particular to papal authority, arising from what were perceived to be errors, abuses, and discrepancies by the Catholic Church. The Reformation was the start of Protestantism and the split of the Western Church into Protestantism and what is now the Roman Catholic Church. It is also considered one of the events that signify the end of the Middle Ages and beginning of Early modern period in Europe. 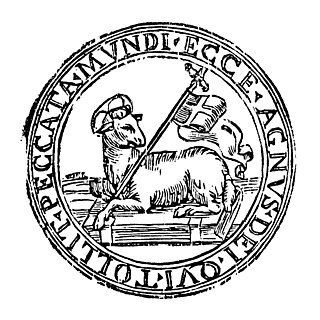 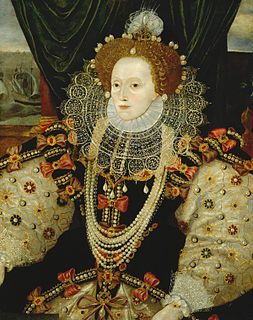 The Elizabethan era is the epoch in the Tudor period of the history of England during the reign of Queen Elizabeth I (1558–1603). Historians often depict it as the golden age in English history. The symbol of Britannia was first used in 1572, and often thereafter, to mark the Elizabethan age as a renaissance that inspired national pride through classical ideals, international expansion, and naval triumph over Spain. 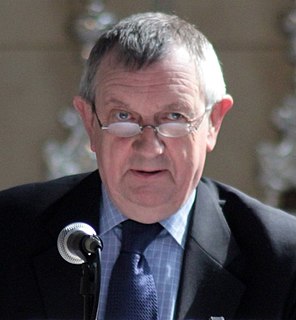 Eamon Duffy is an Irish historian. He is a professor of the history of Christianity at the University of Cambridge, and a Fellow and former president of Magdalene College.

Diarmaid Ninian John MacCulloch is an English historian and academic, specialising in ecclesiastical history and the history of Christianity. Since 1995, he has been a fellow of St Cross College, Oxford; he was formerly the senior tutor. Since 1997, he has been Professor of the History of the Church at the University of Oxford.

Sir John Huxtable Elliott is an English historian, Regius Professor Emeritus at the University of Oxford and Honorary Fellow of Oriel College, Oxford, and Trinity College, Cambridge. He publishes under the name J. H. Elliott.

Sir Lawrence David Freedman, is Emeritus Professor of War Studies at King's College London. He has been described as the "dean of British strategic studies" and was a member of the Iraq Inquiry.

Geoffrey William Hugo Lampe was a British theologian and Anglican priest who dedicated his life to theological teaching and research. He was Edward Cadbury Professor of Theology at the University of Birmingham from 1953 to 1960. He then moved to the University of Cambridge where he was Ely Professor of Divinity from 1960 to 1970 and Regius Professor of Divinity from 1970 until his retirement in 1979. He was also a member of the General Synod of the Church of England. 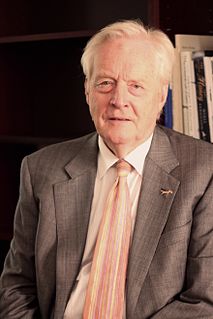 Sir Roderick Castle Floud FBA is an economic historian and a leader in the field of anthropometric history. He has been provost of the London Guildhall University, vice-chancellor and president of the London Metropolitan University, acting dean of the School of Advanced Study at the University of London, and provost of Gresham College (2008–2014). He is the son of Bernard Floud, M.P. 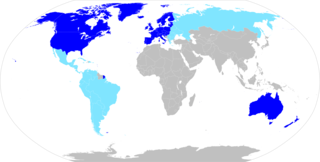 Sir John Ernest Neale was an English historian who specialised in Elizabethan and Parliamentary history. From 1927 to 1956, he was the Astor Professor of English History at University College London.

Patrick "Pat" Collinson was an English historian, known as a writer on the Elizabethan era, particularly Elizabethan Puritanism. He was emeritus Regius Professor of Modern History, University of Cambridge, having occupied the chair from 1988 to 1996. He once described himself as "an early modernist with a prime interest in the history of England in the sixteenth and seventeenth centuries."

Sir Thomas Martin Devine is a Scottish historian and author. John Lloyd, writing for the Financial Times in 2021, described him as "Scotland's most distinguished historian since Thomas Carlyle".

Peter Marshall is a Scottish historian and academic, known for his work on the Reformation and its impact on the British Isles and Europe. He is Professor of History at the University of Warwick.

Simon Richard Ditchfield is a British academic historian of early modern Italy. Since 2014, he has been Professor of Early Modern History at the University of York.

Alexander Gray Ryrie, is a British historian of Protestant Christianity, specializing in the history of England and Scotland in the sixteenth and seventeenth centuries. He was appointed Professor of Divinity at Gresham College in 2018. He was elected a Fellow of the British Academy in 2019.

Catholic–Protestant relations refers to the social, political and theological relations and dialogue between the Catholics and Protestants.