Carmichael began his career with the Milwaukee Leader in 1924. He moved to Chicago in 1927, where he wrote for the Chicago Herald-Examiner until 1932, then the Chicago Daily News , where his column "The Barbershop" ran for 38 years. [2] Carmichael became sports editor of the Daily News in 1943. He also served as editor for the Who's Who in the Major Leagues from 1938 to 1954.

Dan Daniel, born Daniel Margowitz, was an American sportswriter whose contributions over a long period led him to be called "the dean of American baseball writers". 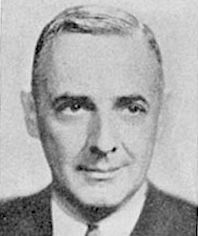 Harry George Salsinger was an American sportswriter who served as sports editor of The Detroit News for 49 years. 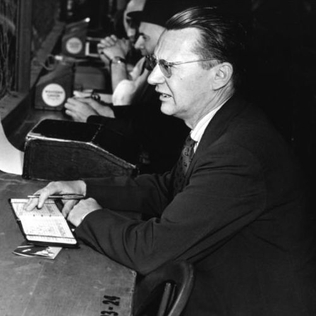 John Drebinger, nicknamed "Drebby", was an American sportswriter in New York City for over 50 years. Between 1929 and 1963, he wrote the lead story in The New York Times for every World Series contest, a total of 203 games.