The scion of a long-established prominent family in Ipswich, Suffolk, Cobbold was elected at the general election in February 1874 as one of the two Members of Parliament (MPs) for the borough of Ipswich, [2] winning a seat held from 1847 to 1868 by his father John Cobbold (1797–1882). However, the younger Cobbold did not repeat his father's long service, dying office in December 1875, aged 44. [1] At the resulting by-election, his younger brother Thomas Cobbold held the seat for the Conservatives.

His son John Cobbold (1861–1929) was an artist and the husband of Zainab Cobbold, a Scottish convert to Islam.

East Yorkshire is a county constituency for the House of Commons of the Parliament of the United Kingdom. It elects one Member of Parliament (MP) at least once every five years by the first-past-the-post electoral system. The constituency has been represented by Greg Knight of the Conservative Party since the 2001 general election. 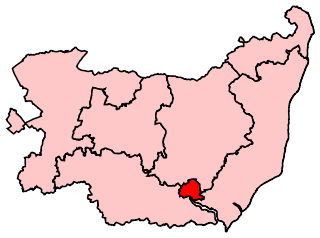 Ipswich is a constituency represented in the House of Commons of the UK Parliament since December 2019 by Tom Hunt of the Conservatives.

Felix Thornley Cobbold was a British banker, barrister and Liberal Party politician. He was a member of the Ipswich Cobbold brewing family but not a brewer himself.

Robert Frederick Jackson was a Labour Party politician in the United Kingdom. He was Member of Parliament (MP) for Ipswich in Suffolk from 1923 to 1924.

(Peter) Rigby Wason was a Scottish barrister and farmer, and a Whig politician. He was Member of Parliament (MP) for Ipswich in Suffolk from 1831 until his defeat at the 1835 general election. However, the election was declared void on petition, and he was returned to the House of Commons at the resulting by-election, holding the seat until he was defeated again at the 1837 general election. 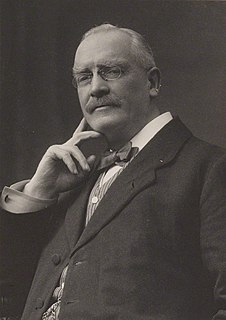 Rt Hon. Sir Daniel Ford Goddard PC JP was a British civil engineer, businessman and Liberal Party politician who served as a Member of Parliament (MP) for Ipswich from 1895 to 1918. He was also Mayor of Ipswich from 1891-92.

James Cropper was an English Liberal politician who sat in the House of Commons from 1880 to 1885.

Thomas Law Hodges was an English Whig Party politician who sat in the House of Commons variously between 1830 and 1852.

Nathaniel Eckersley was an English mill-owner, banker and Conservative Party politician from Standish Hall, near Wigan in Lancashire. He sat in the House of Commons for three years in the 1860s, and two years in the 1880s.

The Blackburn by-election of 1869 was a parliamentary by-election held in England in March 1869. It returned two members of parliament (MPs) to the House of Commons for the borough of Blackburn in Lancashire.