He was the son and heir of John II Bulteel (1763–1837) of Flete in the parish of Holbeton and of Lyneham in the parish of Yealmpton, Devon, by his wife Elizabeth Perring (d.1835), whose monument survives in the chancel of All Saints Church, Holbeton, [2] daughter of Thomas Perring (1732–1791), a merchant of Modbury in Devon and of London. Thomas's brother was Peter Perring of Membland, a member of the Council at Madras, who made a fortune in the East India Company, and purchased Membland from John I Bulteel (1733–1801), [3] father of John II. [4] John II Bulteel was Sheriff of Devon in 1807/8. [5] His earliest recorded ancestor in England was Samuel Bulteel (d.1682) of Tavistock in Devon, a Huguenot refugee from France, whose son was James Bulteel (1676–1757) of Tavistock, MP for Tavistock 1703-8 and 1711–15, [6] who married Mary Crocker, daughter and heiress of Courtenay Crocker (d.1740), MP, of Lyneham in the parish of Yealmpton, Devon, the last male of the senior branch of the ancient Crocker family. Another possible relative was John Bulteel (d.1669), MP for Lostwithiel, Cornwall in 1661 and 1669, a friend of Samuel Pepys and secretary to Edward Hyde, 1st Earl of Clarendon, and cousin of John Bulteel the writer and translator. [7] James Bulteel inherited the estate of Fleet (alias Fleet Damarell), one of the finest estates in Devon, [8] under the will of Richard Hele (d.1709) of Flete, [9] who was no blood relation. James's son was John Bulteel (1733–1801), who in 1757 purchased the estate of Membland, in the parish of Holbeton. [10]

He attended Plympton Grammar School in Devon (where Sir Joshua Reynolds had been educated) and where a fellow-pupil was Jack Russell (1795–1883), later the famous hunting parson. Bulteel and Russell fought on one occasion whilst at school, when Bulteel received a black eye from Russell, but in later life became firm friends sharing a common passion for hunting. [11]

During his father's life he lived as a young man at the family's secondary seat of Lyneham, while his father resided at Fleet. [13] He was the originator of the Lyneham Pack, afterwards famous under the mastership of Mr. Trelawny. [14] He was later Master of the Dartmoor Foxhounds.

A six-verse poem on the subject of Bulteel, in the style of Sir Walter Scott's The Young Lochinvar [23] was published in 1828 in the Sporting Magazine, of which the first verse was as follows: [24] [25]

The arms of Bulteel of Devon are: Argent, a bend between 14 billets gules with crest: Out of a ducal crown gules a pair of wings a(argent,azure)? billetty of the first. [26] However the sculpted arms of Bulteel of Fleete are visible on a mural monument in Holbeton Church, showing A bend between ten billets, 3,2,2,3, with inescutcheon of pretence of Croker. The billets appear as narrow upright rods, each of irregular shape. [27]

According to Thomas Robson the canting arms of Bulteel (of Somerset) are: Azure, three bull's heads couped argent, with crest: A bull's head gules between two wings or. [28] The Bull and Bear Lodge at Membland has gatepiers showing those heraldic beasts, supposedly a reference to the families of Bulteel and Baring, whose arms feature a bear. These are said to refer to the two principal types of allegorical beasts denoting stockmarket speculators, the bull and bear. [29] 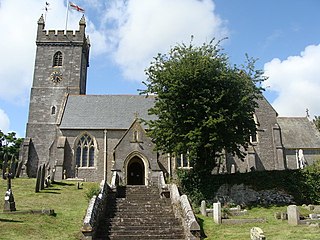 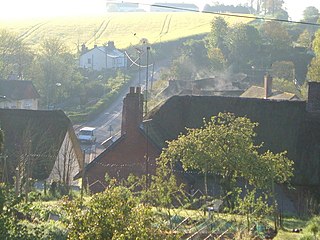 Newton St Cyres is a village, civil parish former manor and former ecclesiastical parish in Mid Devon, in the English county of Devon, located between Crediton and Exeter. It had a population of 562 at the 2011 Census. The village is part of the Newbrooke electoral ward. The ward population at the above census was 1,520. Almost destroyed by fire in the early 1960s, its main point of interest is the Parish Church, built in the 15th century and dedicated to the martyrs St. Cyriac and his mother St. Julitta. Most of the church is in early Perpendicular style, built of local reddish 'trap', a volcanic stone from quarries at Posbury, with the exception of the nave pillars, which are of Beer stone. It contains the monument with standing effigy of John Northcote (1570-1632) of Hayne, lord of the manor of Newton St Cyres. Newton St Cyres railway station serves the Exeter to Barnstaple line. 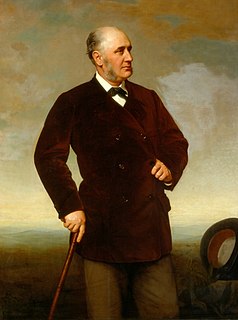 Holbeton is a civil parish and village located 9 miles south east of Plymouth in the South Hams district of Devon, England. Historically it formed part of Ermington Hundred. To the east of the village is an Iron Age enclosure or hill fort known as Holbury.

Flete House is a Grade I listed country house at Holbeton, in the South Hams region of Devon, England. 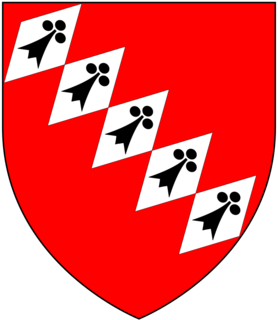 Sir John Perring, 1st Baronet, FSA, of Membland in the parish of Holbeton, Devon, was a Member of Parliament and served as Lord Mayor of London in 1803. He was a commissioner for exchequer bills and senior partner of the banking firm John Perring, Shaw, Barber & Co., which having sufferered in the Panic of 1825, resulted in Perring losing his estates. On 3 October 1808 he was created a baronet, first of the Perring baronets of Membland, Devon. 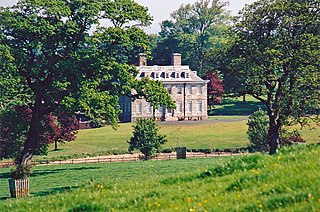 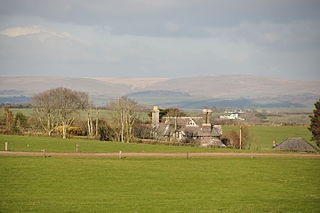 Membland is an historic estate in the parish of Newton and Noss, Devon, situated about 8 miles south-east of the centre of Plymouth. The estate was purchased in about 1877 by Edward Baring, 1st Baron Revelstoke (1828–1897), senior partner of Barings Bank, who rebuilt the mansion house known as Membland Hall. He suffered financial troubles and in 1899 the estate and Hall were sold to a property developer. A year later Membland was sold to ship builder William Cresswell Gray. The house became derelict after World War I and was demolished in 1927. Several of the estate's service buildings survive, including the Bull and Bear gatekeeper's lodge, stables, gasworks, forge and laundry. On the site of the house a smaller dwelling was built between 1966-8. 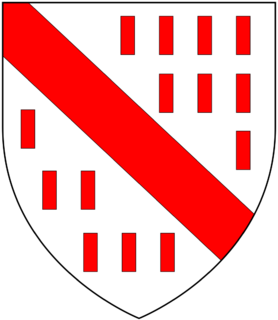 John Bulteel of Westminster, served twice as a Member of Parliament for Lostwithiel in Cornwall, from 1661 to 1669. Between c.1658 and 1667 he was Secretary to Edward Hyde, 1st Earl of Clarendon, Lord Chancellor to King Charles II from 1658, two years before the Restoration of the Monarchy, until 1667. He was a friend of the diarist Samuel Pepys. He died unmarried.

James Bulteel (1676–1757) of Tavistock in Devon was an English Member of Parliament.

Mothecombe is an historic estate in the parish of Holbeton in South Devon, England. The mansion house of the estate is Mothecombe House, a grade I listed building in the Queen Anne style. 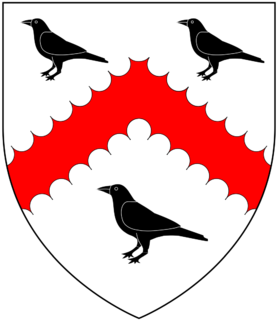 Richard Crocker (fl.1335) of Devon, England, was a Member of Parliament for Tavistock in Devon in 1335. His descendants were the prominent Crocker family of Crocker's Hele in the parish of Meeth, Devon, later seated at Lyneham in the parish of Yealmpton, Devon until 1740.

William Crocker, living during the reign of King Edward III (1327-1377), of Crocker's Hele in the parish of Meeth, Devon, was a Member of Parliament. His descendants were the prominent Crocker family seated at Lyneham in the parish of Yealmpton, Devon until 1740. William Crocker is the earliest member of the family recorded in the Heraldic Visitations of Devon, although one of his ancestors is known to have been Richard Crocker (fl.1335) of Devon, England, a Member of Parliament for Tavistock in Devon in 1335.

Spitchwick is an historic estate situated within the parish of Widecombe-in-the-Moor, Devon. The present 19th century mansion house known as Spitchwick Manor is situated four miles north-west of Ashburton, the gardens of which are open to the paying public.

Radford in the parish of Plymstock in Devon is an historic manor, the oldest recorded seat of the prominent Harris family. It is today a low-cost housing suburb of the City of Plymouth. The 16th century manor house of the Harris family was remodelled in the 18th century and was demolished in 1937. However, various traces of the estate remain, including most notably the deerpark, now a public amenity known as Radford Park, with its large lake, an early 19th century gate-lodge at the entrance drive to the former mansion house, with gatepiers, on Radford Park Road, a bridge and boathouse with follies of a sham castle and another sham-ruin.