He was the eldest son of North Dalrymple, 9th Earl of Stair, and married Louisa-Jane-Henrietta-Emily, eldest daughter of the 3rd Duc de Coigny, in 1846. They had 6 children:

Sir Arthur Pendarves Vivian was a British industrialist, mine-owner and Liberal politician from the Vivian family, who worked in South Wales and Cornwall, and sat in the House of Commons from 1868 to 1885.

He represented Wigtownshire in Parliament from 1841 to 1856. He became Earl of Stair on the death of his father in 1864, and served as Lord Lieutenant of Ayrshire from 1870 to 1897. From 1870 to 1903 he was the Governor of the Bank of Scotland. After it was proposed in 1877, he successfully opposed the southward extension to Drummore of the Portpatrick and Wigtownshire Joint Railway. He also served as Lord High Commissioner to the Church of Scotland from 1869 to 1871. [4] 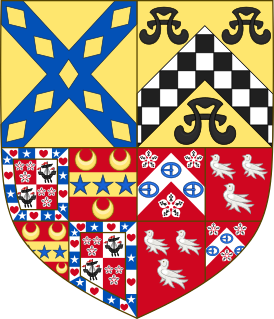 This is a list of people who served as Lord Lieutenant of Ayrshire, Scotland.

James Hamilton, 1st Earl of Abercorn PC was a Scottish peer and diplomat for James VI and I. He also participated in the Plantations of Ireland of that king. 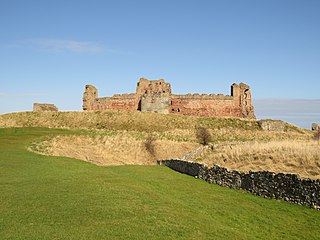 Claud Hamilton, 2nd Lord Hamilton, Baron of Strabane was the founder of the Strabane branch of the Hamiltons. His wife, Jean Gordon, after his death married Phelim O'Neill. 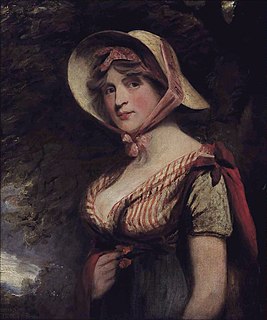 John Manners was an English politician, and the eldest natural son of Lord William Manners.

Sir John Dick Lauder of Fountainhall, 8th Baronet,, was a Deputy lieutenant and magistrate for Midlothian, and Justice of the Peace for Wigtownshire. He succeeded his father, Sir Thomas Dick Lauder, 7th Baronet, in 1848.

Dalrymple is a surname, originating with the toponym of Dalrymple, East Ayrshire, Scotland. Used as a surname denoting origin since the 16th century, it was carried by the viscounts of Stair, East Ayrshire in the 17th century . It also occurs as a commoners' surname since at least the 18th century. It has rarely been used as a given name since the later 18th century.

John Aymer Dalrymple, 13th Earl of Stair, was a British peer. Styled Viscount Dalrymple from 1906 until 1961