John Hamal Hubbard (born October 6 or 7, 1945; the actual date is unknown) is an American mathematician and professor at Cornell University and the Université de Provence. He is well known for the mathematical contributions he made with Adrien Douady in the field of complex dynamics, including a study of the Mandelbrot set. One of their most important results is that the Mandelbrot set is connected.

Hubbard graduated with a Doctorat d'État from Université de Paris-Sud in 1973 under the direction of Adrien Douady; his thesis was entitled Sur Les Sections Analytiques de La Courbe Universelle de Teichmüller and was published by the American Mathematical Society. Hubbard has a variety of mathematical interests ranging from complex analysis to differential geometry. He has written many influential papers on complex dynamics, [1] [2] [3] and he has written several books.

Hubbard is a former student of Harvard University's infamous Math 55, where he famously struggled initially because he "just didn't know proofs." He later returned to Harvard to teach that same class. However, Hubbard developed a profound distaste for Math 55's method of teaching proofs largely centered on algebraic induction. In response, he and his wife Barbara wrote the book Vector Calculus, Linear Algebra, and Differential Forms: A Unified Approach.

He has also published the first two volumes of a book on Teichmüller theory and its applications to four revolutionary theorems of William Thurston.

He is married to Barbara Burke Hubbard, the science writer. Together they have a son, Alexander, and three younger daughters, Eleanor, Judith and Diana. The children sometimes help them with their books, in illustration, writing answer keys and pointing out the minor errors. [4]

Hubbard and his family live in Ithaca, New York.

Mathematics encompasses a growing variety and depth of subjects over history, and comprehension of it requires a system to categorize and organize these various subjects into a more general areas of mathematics. A number of different classification schemes have arisen, and though they share some similarities, there are differences due in part to the different purposes they serve.

Adrien Douady was a French mathematician. 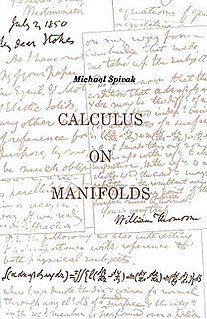 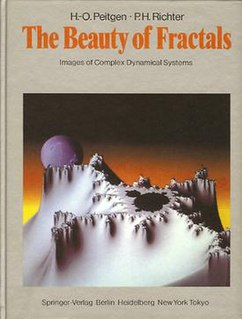 The Beauty of Fractals is a 1986 book by Heinz-Otto Peitgen and Peter Richter which publicises the fields of complex dynamics, chaos theory and the concept of fractals. It is lavishly illustrated and as a mathematics book became an unusual success.

Clifford John Earle, Jr. was an American mathematician who specialized in complex variables and Teichmüller spaces. 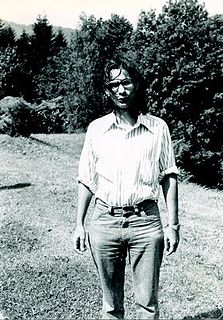 Nessim Sibony is a French mathematician, specializing in the theory of several complex variables and complex dynamics in higher dimension. Since 1981, he has been a professor at the University of Paris-Sud in Orsay.

Tan Lei was a mathematician specialising in complex dynamics and functions of complex numbers. She is most well-known for her contributions to the study of the Mandelbrot set and Julia set.

Dinh Tien-Cuong is a Vietnamese mathematician educated by the French school of mathematics, and Provost’s chair professor at National University of Singapore (NUS). He held professorship at Pierre and Marie Curie University (2005-2014), part-time professorship at Ecole Polytechnique de Paris (2005-2014) and at Ecole Normale Supérieure de Paris (2012-2014). He is known for his work on Several Complex Variables and Complex Dynamical Systems in Higher Dimension.