John Hanbury, Esq. (1664–1734) was a British ironmaster and politician who sat in the House of Commons between 1701 and 1734. He was one of a dynasty of ironmasters responsible for the industrialisation and urbanisation of the eastern valley through which runs the Afon Llwyd (in English "grey river") in Monmouthshire around Pontypool. Hanbury is most notable for introducing the rolling process of tinplating in the early 18th century.

Hanbury was born into a family ultimately from Hanbury, Worcestershire, and was christened in Gloucester in 1664. Hanbury was the son of Capel Hanbury (1625–1704), who in turn was the third son of the first John Hanbury of Pursall Green. [1]

At the 1715 Hanbury stood for Gloucester again but was defeated. He was eventually returned to Parliament in a by-election in l720 for the Welsh constituency Monmouthshire. [3] Although a supporter of the Whig party, in his later life he opposed several of Robert Walpole's most important bills. [4] In 1731, he joined with Sir James Lowther and others in opposing the application previously made by William Wood for a royal charter to incorporate a million pound company for his (ineffectve) ironmaking enterprise. Lowther referred to Hanbury as having 'the greatest skill as well as works' (i.e. ironworks). [5]

In 1720 he benefited from the legacy of his friend Charles Williams of Caerleon, and with the £70,000 left to him he bought Coldbrook Park near Abergavenny, [4] which subsequently passed to John Hanbury's son Charles Hanbury Williams. [1]

When his father died in Jan 1704, Hanbury inherited the estate at Pontypool. The estate included ironworks, some of which had long belonged to members of the family. Soon after his father's death he wrote down his observations about his ironworks. He had a blast furnace, forges (probably two), and mills (including a slitting mill) at Pontypool and a further furnace and forge at Llanelly (then in Breconshire). In 1708, he also became interested in the blast furnace at Melin Cwrt, near Neath. [6] Hanbury continued his Pontypool and Llanelly ironworks for the rest of his life and they passed to his descendants with the rest of his Pontypool estate. [1]

The observations included details of the production costs of iron and "Pontpoole plates". Edward Lhwyd in 1697 described the process for making these as involving a rolling mill. [7] [8] Hanbury's Observations do not include tin among the costs, [6] which suggests that his Pontypool plates were blackplate(plates of iron), not tinplate. This is confirmed by its being sold by the ton, not by the box. This may be to prevent the plates rusting that Thomas Allgood, one of Hanbury's managers, began japanning plates as "Pontypool japan". [9] However, the concept of rolling plate iron was probably brought to Pontypool by Thomas Cooke, probably the son of Thomas Cooke, who had worked at Wolverley for Andrew Yarranton, who found out how to produce tinplate by visiting Saxony. [10] [11]

The first production of tinplate at Pontypool seems to date from 1725, when this commodity first appears in the Gloucester Port Books. [12] This immediately follows the first appearance (in French of Réaumur's Principes de l'art de fer-blanc), but prior to a report of it being published in England – millfounded a rolling mill and started a tinplating industry. [8] Hanbury can thus properly be claimed as the progenitor of the British tinplate industry.

In 1701, he married Albina, daughter of William Selwyn and Albinia daughter of Richard Betenson, and began to enlarge Park House in Pontypool, a property begun by his father in 1659.

In July 1703, he married Bridget Ayscough, eldest daughter of Sir Edward Ayscough of Stallingborough and South Kelsey. With his marriage to Bridget came a fortune of £10,000 and connections with established political families. Bridget was a close friend of Sarah Churchill, Duchess of Marlborough and Hanbury was introduced to influential politicians. [4] Together, they were the parents of:

[[File:|thumb]] Sir Charles Hanbury Williams, KB was a Welsh diplomat, writer and satirist. He was a Member of Parliament from 1734 until his death.

Tinplate consists of sheets of steel, coated with a thin layer of tin. Before the advent of cheap milled steel the backing metal was iron. While once more widely used, the primary use of tinplate now is the manufacture of tin cans. 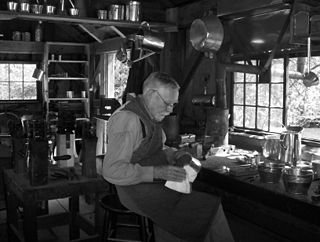 A tinsmith, sometimes known as a tinner, tinker, tinman, or tinplate worker is a person who makes and repairs things made of tin or other light metals. By extension it can also refer to the person who deals in tinware, or tin plate. Tinsmith was a common occupation in pre-industrial times. 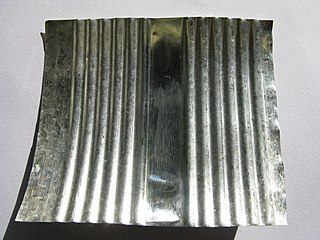 Tinning is the process of thinly coating sheets of wrought iron or steel with tin, and the resulting product is known as tinplate. The term is also widely used for the different process of coating a metal with solder before soldering. 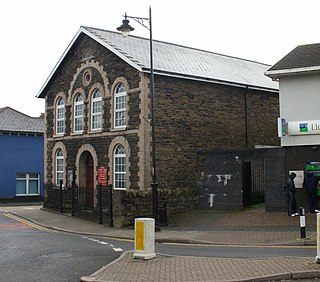 Pontnewydd is a suburb of Cwmbran in the county borough of Torfaen, south-east Wales.

Andrew Yarranton (1619–1684) was an important English engineer in the 17th century who was responsible for making several rivers into navigable waterways.

The Wilden Ironworks was an ironworks in Wilden, Worcestershire, England. It operated for many years and was acquired by the Baldwin family, ancestors of British Prime Minister Stanley Baldwin. 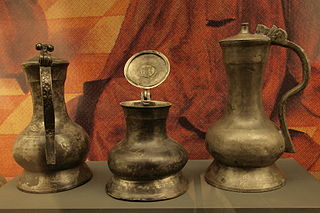 Tinware is any item made of prefabricated tinplate. Usually tinware refers to kitchenware made of tinplate, often crafted by tinsmiths. Many cans used for canned food are tinware as well. Something that is tinned after being shaped and fabricated is not considered tinware. 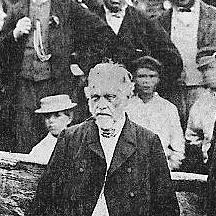 Crawshay Bailey was an English industrialist who became one of the great iron-masters of Wales.

Bringewood Ironworks was a charcoal ironworks in north Herefordshire. It was powered by the river Teme, with a blast furnace, a finery forge and latterly a rolling mill for blackplate.

The Clydach Gorge is a steep-sided valley in south-east Wales down which the River Clydach flows to the River Usk. It runs for 5.6 km from the vicinity of Brynmawr in Blaenau Gwent eastwards and northeastwards to Gilwern in Monmouthshire. The Gorge was one of the first locations in the region to be industrialised though it still retains its natural environment. It has long been an important transport corridor between Abergavenny and the lowlands of Monmouthshire and the northeastern quarter of the South Wales Coalfield. It is now exploited by the A465 Heads of the Valleys trunk road which runs between Abergavenny and Swansea and which serves the Heads of the Valleys sub-region.

The Newport, Abergavenny and Hereford Railway was a railway company formed to connect the places in its name. When it sought Parliamentary authorisation, it was denied the southern section, and obliged to use the Monmouthshire Railway between Pontypool and Newport.

Sir Edward Ayscough was an English politician who sat in the House of Commons between 1685 and 1699.

Watkin George (1759-1822) was an carpenter, engineer and ironmaster from Trevethin in Monmouthshire. He rose from humble beginnings as a carpenter to have a major influence on ironworks at Cyfartha and Pontypool and is responsible for the design of early cast-iron bridges.