Hobhouse was born in Mossley Hill,Liverpool,the son of the shipowner Sir John Richard Hobhouse,and grandson of Henry Hobhouse,the MP. [1] He was educated at Eton College. After working abroad in Australia and New Zealand on a sheep farm,Hobhouse returned to Christ Church,Oxford in 1951,where he read Jurisprudence. He was called to the bar by Inner Temple in 1955,of which he later became a bencher.

Following a pupillage with Michael Kerr,Hobhouse became a tenant at 7 King's Bench Walk,the chambers of Henry Brandon,and joined the Northern Circuit. At the bar he specialised in admiralty law. He was appointed a Queen's Counsel in 1973.

Hobhouse was made a High Court judge in 1982,receiving the customary knighthood,and was assigned to the Queen's Bench Division. He was made a Lord Justice of Appeal in 1993,when he was also sworn of the Privy Council. On 1 October 1998 he was appointed as a Lord of Appeal in Ordinary,becoming a life peer as Baron Hobhouse of Woodborough,of Woodborough in the County of Wiltshire. [2]

Lord Hobhouse was married to Susannah Roskill,the daughter of Sir Ashton Roskill QC. They had two sons and one daughter.

His grandfather Henry was the nephew and ward of Arthur Hobhouse,1st Baron Hobhouse. [3]

William Paget,1st Baron Paget of Beaudesert,was an English statesman and accountant who held prominent positions in the service of Henry VIII,Edward VI and Mary I. 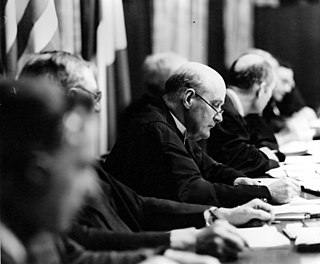 William John Kenneth Diplock,Baron Diplock,was a British barrister and judge who served as a lord of appeal in ordinary between 1968 and until his death in 1985. Appointed to the English High Court in 1956 and the Court of Appeal five years later,Diplock made important contributions to the development of constitutional and public law as well as many other legal fields. A frequent choice for governmental inquiries,he is also remembered for proposing the creation of the eponymous juryless Diplock courts. Of him,Lord Rawlinson of Ewell wrote that "to his generation Diplock was the quintessential man of the law". 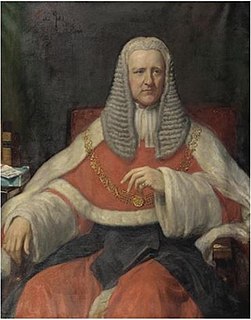 The chief justice of the Common Pleas was the head of the Court of Common Pleas,also known as the Common Bench or Common Place,which was the second-highest common law court in the English legal system until 1875,when it,along with the other two common law courts and the equity and probate courts,became part of the High Court of Justice. As such,the chief justice of the Common Pleas was one of the highest judicial officials in England,behind only the Lord High Chancellor and the Lord Chief Justice of England,who headed the Queen's Bench. 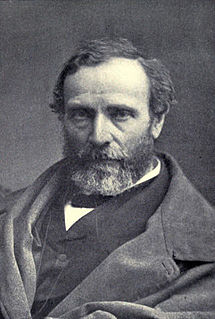 Arthur Hobhouse,1st Baron Hobhouse was an English lawyer and judge.

Cyril Asquith,Baron Asquith of Bishopstone,PC was an English barrister and judge who served as a Lord of Appeal in Ordinary from 1951 until his death three years later.

Robert Lionel Archibald Goff,Baron Goff of Chieveley,was an English barrister and judge who was Senior Lord of Appeal in Ordinary,the equivalent of today's President of the Supreme Court. Best known for establishing unjust enrichment as a branch of English law,he has been described by Andrew Burrows as "the greatest judge of modern times". Goff was the original co-author of Goff &Jones,the leading English law textbook on restitution and unjust enrichment,first published in 1966. He practised as a commercial barrister from 1951 to 1975,following which he began his career as a judge. He was appointed to the Judicial Committee of the House of Lords in 1986.

Robert John Parker,Baron Parker of Waddington,PC was a British judge who served as Lord of Appeal in Ordinary. He has been described as "one of the most esteemed judges of the early twentieth century."

Charles Ritchie Russell,Baron Russell of Killowen,PC was a British lawyer and judge who served as a lord of appeal in ordinary between 1975 and 1982.

Nigel Cyprian Bridge,Baron Bridge of Harwich,PC was a British judge,who served as Lord of Appeal in Ordinary between 1980 and 1992. A leading appellate judge,Bridge is also remembered for having presided over the Birmingham Six trial.

Henry Vivian Brandon,Baron Brandon of Oakbrook,MC,PC was a British judge.

Arthur Geoffrey Neale Cross,Baron Cross of Chelsea,PC was a British judge who served as a Lord of Appeal in Ordinary between 1971 and 1975.

Henry Hobhouse was an English landowner and Liberal,and from 1886 Liberal Unionist politician who sat in the House of Commons from 1885 to 1906. 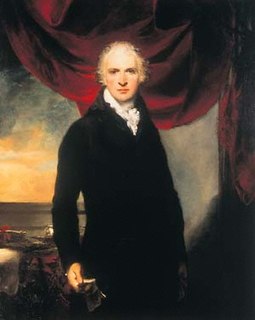 Sir Samuel Shepherd KS PC FRSE was a British barrister,judge and politician who served as Attorney General for England and Wales and Lord Chief Baron of the Scottish Court of Exchequer.

Edward North,1st Baron North was an English peer and politician. He was the Clerk of the Parliaments 1531–1540 and Lord Lieutenant of Cambridgeshire 1557–1564. A successful lawyer,he was created the first Baron North,giving him a seat in the House of Lords.

Sir Eric Leopold Otho Sachs,was a British barrister and judge. He was a High Court judge from 1954 to 1966 and then a Lord Justice of Appeal until 1973.

Sir Charles Henry Sargant was a British judge who served as Lord Justice of Appeal from 1923 to 1928.

Sir Henry Shirley (1589–1633),landowner and local politician,was born in January 1589 at Somerton,Oxfordshire,the eldest child of Sir George Shirley. According to the memoir of his younger brother Sir Thomas Shirley he attended Oxford university,but no record of this has been found. He then travelled abroad before joining the court of Henry,prince of Wales. In May 1615 he married Lady Dorothy Devereux,the daughter of Robert Devereux,2nd Earl of Essex.