John Horne Blackmore (March 27, 1890 – May 2, 1971), a school teacher and principal by training, was the first leader of what became the Social Credit Party of Canada, a political party in Canada that promoted the social credit theories of monetary reform.

Born in Sublett, Idaho, Blackmore was first elected to the House of Commons of Canada in the 1935 election as Member of Parliament representing Lethbridge, Alberta, for the fledgling Social Credit movement, which had swept to power in Alberta in the 1935 Alberta provincial election weeks earlier. He was chosen the party's parliamentary leader. In 1939 Social Credit merged into William Herridge's New Democracy movement with Herridge acknowledged as the new party's leader. However, Herridge failed to win a seat in the 1940 federal election and in the subsequent parliament Blackmore led the New Democracy MPs, all former Social Crediters, who had been elected.

Blackmore was the first Mormon to be elected to the Canadian House of Commons and was excommunicated by the Church of Jesus Christ of Latter-day Saints in 1947 for "teaching and advocating the doctrine of plural marriage" at secret meetings in southern Alberta. At such meetings, men debated whether Mormon leaders were wrong to have renounced Joseph Smith's revelation regarding polygamy. Though not a polygamist himself, Blackmore urged Parliament to repeal the anti-polygamy law and succeeded in removing specific references to Mormons in the law. His nephew, Winston Blackmore, is the leader of Canada's largest polygamist group and was charged by the RCMP with polygamy in 2009. He challenged the law's constitutionality. [1]

Blackmore was criticized for his views on Jews, and the Encyclopaedia Judaica said he "frequently gave public aid and comfort to anti-Semitism". [2] In 1953, it was reported that Blackmore was distributing the anti-Semitic Protocols of the Elders of Zion from his parliamentary office. [3]

Blackmore is a relative of author Flora Jessop and her sister, Ruby Jessop. [4] 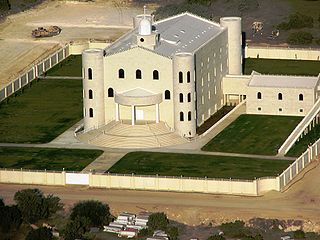 The Fundamentalist Church of Jesus Christ of Latter-Day Saints, which is designated as a cult and extremist group by the Southern Poverty Law Center, is one of the largest of the fundamentalist Mormon cults and one of the largest organizations in the United States having members who practice polygamy. The fundamentalist Mormon movement emerged in the early 20th century when its founding members were excommunicated from The Church of Jesus Christ of Latter-day Saints, largely because of their refusal to abandon the practice of plural marriage after it was renounced in the "Second Manifesto" (1904). 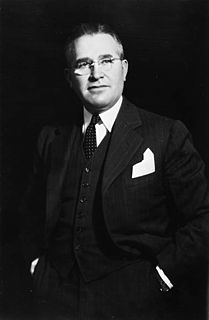 Solon Earl Low was a Canadian politician, farmer, teacher, and school principal in the 20th century.

The Manitoba Social Credit Party was a political party in the Canadian province of Manitoba. In its early years, it espoused the monetary reform theories of social credit.

Lethbridge is a federal electoral district in Alberta, Canada, that has been represented in the House of Commons of Canada since 1917. It incorporates the City of Lethbridge and Lethbridge County.

Carolyn Jessop is a former Fundamentalist Church of Jesus Christ of Latter Day Saints member who wrote Escape, an autobiographical account of her upbringing in the polygamist sect and later flight from that community. She is the cousin, by marriage, of Flora Jessop, another former FLDS member and advocate for abused children. Carolyn Jessop now lives in the Salt Lake City area with her children.

Otto Buchanan Elliot was a railway station agent, and one of the founding representatives of the Social Credit Party of Canada, a political party in Canada that promoted the social credit theories of monetary reform.

Winston Blackmore is the leader of a polygamous Latter Day Saint group in Bountiful, British Columbia, Canada. He is described as "Canada's best-known avowed polygamist". He has 150 children with his 27 "spiritual" wives, some of whom he has admitted were underage.

Joseph Needham was a Saskatchewan politician, clergyman and public administrator.

Ruby Jessop is an American former member of the Fundamentalist Church of Jesus Christ of Latter Day Saints (FLDS) and child bride known for her family connections, her 2013 escape from an FLDS-controlled polygamous community, and the criminal probe prompted by her escape.