John III the Good (in Breton Yann III, in French Jean III; 8 March 1286 –30 April 1341) was Duke of Brittany, from 1312 to his death and 5th Earl of Richmond from 1334 to his death. He was the son of Duke Arthur II of Brittany and Mary of Limoges, his first wife. John was strongly opposed to his father's second marriage to Yolande of Dreux, Queen of Scotland and attempted to contest its legality.

In 1329, John married his third wife Joan of Savoy. He predeceased his third wife by three years and died childless. He was unwilling to cede the Duchy of Brittany to his half-brother John of Montfort, son of his hated step-mother Yolande of Dreux. He wished to leave the duchy to the french King Philip VI, but his nobles objected. The marriage of his niece Joanna of Dreux to Charles of Blois gave Charles a plausible claim to the duchy, but the matter was unresolved at John's death. 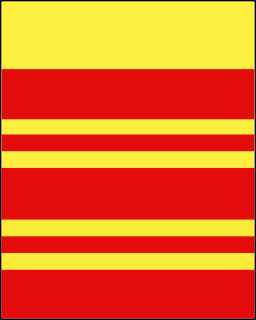 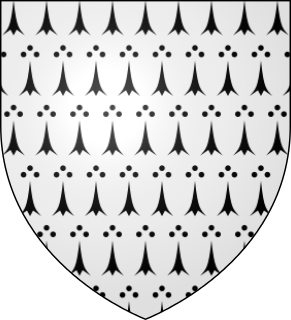 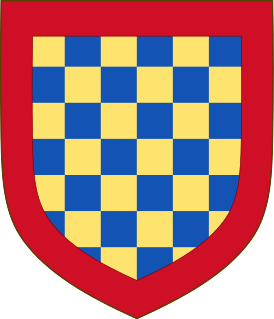 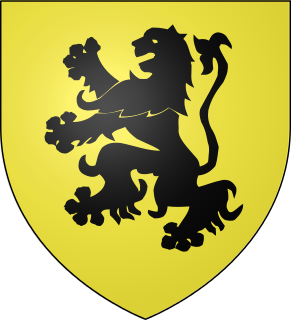 The Lordship of Léon, later Principality of Léon was a former Breton fief located in the Léon province, in north-western Brittany, which corresponds roughly to the French département Finistère. This lordship was created after the Viscounty of Léon was divided into a viscounty and the lordship at the end of the 12th century. The lordship of Léon was a large fief made of about sixty parishes and trèves. The estates of the lordship are located around the valley of the Élorn river, the town of Landerneau and the castle of La Roche-Maurice. The lordship was initially held by the junior branch of the Viscounts of Léon, which was founded by Harvey I. After Harvey VIII died without issue, the fief was inherited by the Viscounts of Rohan. In the middle of the 16th century the fief became known as "Pincipality of Léon". Landerneau, Landivisiau, Daoulas, Coat-Méal, Penzé and La Roche-Maurice were the seats of the jurisdictions of this huge Breton lordship.