After graduating from Dartmouth in 1911, Ryan began his coaching career at St. Thomas College in Saint Paul, Minnesota, where he was the school's first resident athletic coach. He moved to Milwaukee, Wisconsin, in 1914, where he worked for a flour milling firm based in Minneapolis, Minnesota. He joined the football team at Marquette University in 1916 as an advisory coach under fellow Dartmouth alumnus, John B. McAuliffe. Ryan replaced McAuliffe as head coach the following year and held the post for five seasons, during which he compiled a record of 28–5–5. He returned to his alma mater in 1922 to serve as an assistant to Jackson Cannell.

In March 1923, Ryan was hired as the head football coach at the University of Wisconsin. He was also given the title of assistant professor and paid an annual salary of $6,000. [5] Ryan helmed the Badgers football team for two seasons, tallying a mark of 5–6–4. He moved to Northwestern University in 1925, where he was the ends coach for five seasons under Glenn Thistlethwaite and Dick Hanley. Ryan returned to Hanley's staff as an assistant coach and scout in 1934, and continued on under Pappy Waldorf until 1939. [3]

Ryan served on the board of school directors in Milwaukee from 1940 until his death. He died on April 7, 1950, at St. Mary's Hospital in Milwaukee. [3] 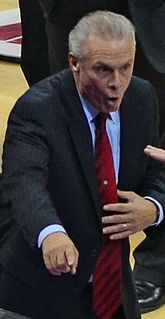 Alfred James McGuire was an American college basketball coach and broadcaster, the head coach at Marquette University from 1964 to 1977. He won a national championship in his final season at Marquette, and was inducted into the Naismith Memorial Basketball Hall of Fame in 1992. He was also well known as a longtime national television basketball broadcaster and for his colorful personality.

Thomas Aaron Crean is an American college basketball coach and the current head coach for the Georgia Bulldogs of University of Georgia in Athens, Georgia. Crean was previously the head coach of the Indiana Hoosiers men's basketball team. Prior to that, he served as head coach at Marquette University (1999–2008), where his team reached the 2003 NCAA Final Four. 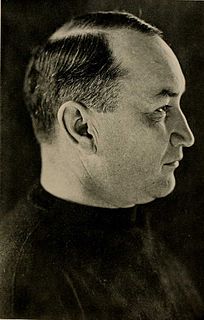 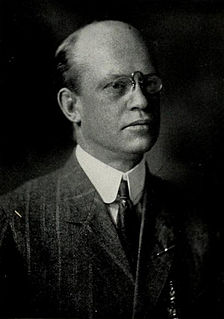 John William Hobbs "Doc" Pollard was an American football player and coach of football, basketball, and baseball. He served as the head football coach at Union College in Schenectady, New York from 1897 to 1899, at Lehigh University in 1901, at the University of Rochester from 1902 to 1904, at the University of Alabama from 1906 to 1909, and at Washington and Lee University from 1910 to 1911, compiling a career college football record of 56–43–8. Pollard also coached baseball at Alabama from 1907–1910 and at Washington and Lee, tallying a career college baseball mark of 86–31–1.

Robert DeLafayette Jeter III is an American college basketball coach and current head coach at Western Illinois. He most recently served as head coach of the University of Wisconsin–Milwaukee Panthers basketball team. 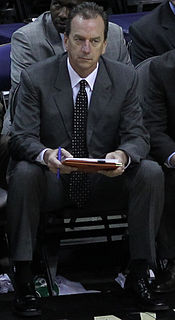 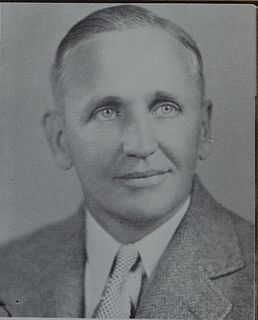 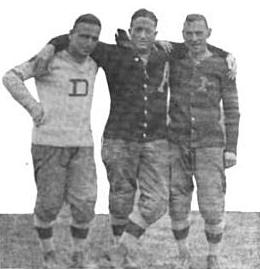 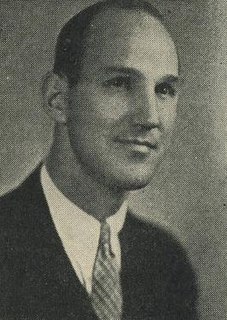 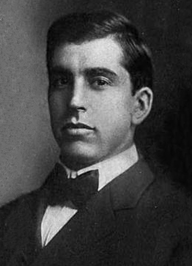 Clarence John "Pike" Kenney was an American football player and coach. He played college football at Marquette University before transferring as a medical student to the University of Saint Louis. Kenney was an outstanding halfback and captain of the 1906 Saint Louis Blue and White football team when his teammate, Bradbury Robinson, completed the first legal forward pass to Jack Schneider in the history of American football on September 5 against Carroll in Waukesha, Wisconsin. Kenney served as head football coach at Creighton University in 1908, where his team went 3–3–2. He returned to Marquette in 1910 as an assistant coach and served as the head football coach there for one season in 1912, compiling a record of 3–4.

John B. McAuliffe was an American football player and coach. He served as the head football coach at Marquette University in 1916, at Colby College from 1920 to 1921, and at Catholic University from 1925 to 1929.

William J. "Bo" Hanley was an American football player and coach. He served a head coach for the Kenosha Maroons of the National Football League (NFL) for one season in 1924. Hanley played college football at Marquette University, where he was nicknamed the "Marquette Marvel". 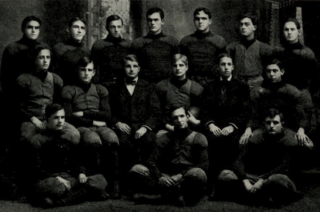