Last updated May 26, 2020
For the scholar of Hispanic studies, see John Macklin (academic).

John Farrell "Big John" Macklin (October 17, 1883 – October 10, 1949) was an American football player, coach of football, basketball, baseball and track and field, and a college athletics administrator. He served as the head football coach at Michigan Agricultural College, now Michigan State University from 1911 to 1915. With a five-year record of 29–5, he has the highest winning percentage of any football coach in Michigan State history. Macklin coached the Michigan State Spartans football team to its first ever victories over Ohio State, Michigan, Wisconsin, and Penn State. He was also the athletic director at Michigan Agricultural and coached the school's basketball, baseball, and track and field teams. Macklin tallied marks of 48–38 as head basketball coach (1910–1916) and 52–27 as head baseball coach (1911–1915).

After completing his preparatory education, Macklin enrolled at the University of Pennsylvania. [4] Macklin grew to be a giant of a man for his time. He was 6 feet, 7 inches tall and weighed 275 pounds. [4] When Macklin arrived at Penn, one account indicates there were no uniforms large enough to fit him: "When the big husky appeared on the gridiron the first thing the coaches did was to send for the athletic outfitter, for there was not a suit on the campus that would encompass his frame." [3] Macklin played two years at the tackle position for Penn's football team. The Chicago Daily Tribune later wrote: "For a big man he was remarkably agile and his tackling on the wings and his quickness in getting through to break up plays was the delight of the coaches." [3]

In 1910, Macklin coached football at a boys' school at Pawling, New York. Macklin's success at Pawling brought him to the attention of Michigan Agricultural College (now Michigan State University), which was in need of a new athletic director and coach. [3] He was hired in January 1911 upon the recommendation of the renowned Penn athletic trainer Mike Murphy. [5] [6] Macklin was the head coach at Michigan State 1911 to 1915 and compiled a record of 29–5. [7] His winning percentage of .853 is the highest in the history of the Michigan State Spartans football program. [8] Macklin's 1913 Michigan State team finished with an undefeated, untied record of 7–0 and outscored opponents by a combined score of 180 to 28. [9] Macklin was the first Michigan State coach to lead the Spartans to football victories over Ohio State (35–20 in 1912), Michigan (12–7 in 1913), Wisconsin (12–7 in 1913), and Penn State (6–3 in 1914). [4] Macklin's 1913 team was also the first racially integrated team in the school's history, as Gideon Smith became the first African-American player for the Spartans. [10]

Macklin retired from coaching in March 1916 to enter the coal mining business in Pennsylvania. [13]

The Associated Press in 1949 called Macklin "the founding father of the big time at Michigan State College." [14] When he was hired in 1911, the school was putting on games for $200. When he left, the school received guarantees of $10,000 for games. [15] As athletic director, he also led the effort to build new athletic buildings and a modern gymnasium. [15] In 1935, Michigan State renamed its football stadium Macklin Field in his honor. At the time, Macklin was a coal mine operator living in Philadelphia, Pennsylvania. [16] The name was changed to Macklin Stadium in 1948, and in 1957, Macklin's name was dropped and replaced by the current name, Spartan Stadium. [17]

Macklin died at his home in the suburbs of Philadelphia at age 65. [14] 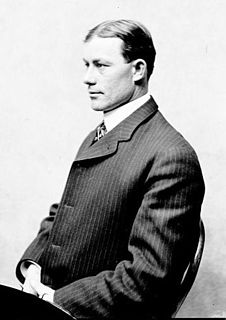 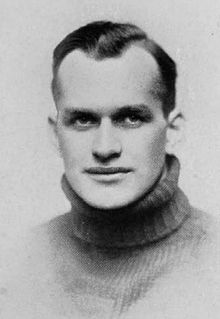 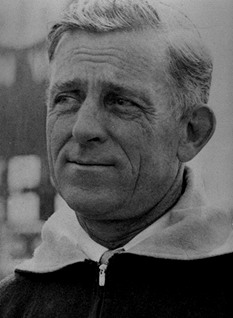 Harry Walker Hughes was an American football player, coach of football, basketball, baseball, and track, and college athletics administrator. From 1911 to 1941, he served as the head football coach and athletic director at the Agricultural College of Colorado, renamed Colorado College of Agricultural and Mechanic Arts in 1935 and now known as Colorado State University, compiling a record of 126–92–18. 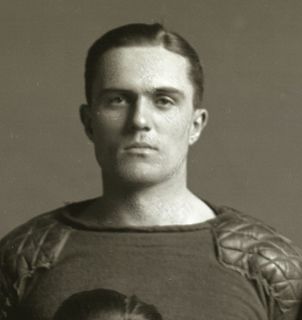 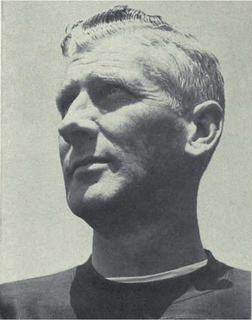 Charles Otis Bemies was an American football, basketball, and baseball coach and Presbyterian minister. He became acquainted with James Naismith while studying at Springfield College in the late 1880s. While serving as the athletic director at Geneva College, he organized the first college basketball team in 1892. He graduated from the Western Theological Seminary and was ordained as a Presbyterian minister in 1897. From 1899 to 1901, he served as the first basketball and second football coach at Michigan Agricultural College. After retiring from coaching, Bemies served for many years as a Presbyterian minister and evangelist in rural Pennsylvania. He was also active with YMCA, serving with that organization in Russia in 1918 and in South Dakota in the early 1920s. Bemies lived in Minneapolis, Minnesota in his later years and died there in 1948. He was posthumously inducted into the Beaver County Hall of Fame in 1992.

George Cornell "Bubbles" Paterson was an American football player and engineer. He played center for the University of Michigan Wolverines football teams coached by Fielding H. Yost from 1911 to 1913. He was selected as an All-American in 1913.

Elton James Rynearson Sr. was an American athlete, coach, and college athletics administrator. He was affiliated with Eastern Michigan University for most of his life, beginning his association with the school as a student in 1910 and retiring as the school's athletic director in 1963.

George E. "Gooch" Gauthier was an American football and basketball player, athletic coach, and college athletics administrator. He served as the head football coach at Michigan Agricultural College, now Michigan State University, in 1918 and at Ohio Wesleyan University from 1921 to 1946, compiling a career record of 125–101–15. Gauthier was also the head basketball coach at Michigan Agricultural from 1916 to 1920 and at Ohio Wesleyan for the 1945–1946 season, tallying a career mark of 47–46.

Joseph Howard McCulloch was an American football, baseball, and basketball coach, teacher and athletic director. He played college football and baseball at Springfield College from 1908 to 1910. He was the athletic director and coach of the baseball and basketball teams at Carnegie Institute of Technology—now known as Carnegie Mellon University—from 1911 to 1918. After service in the military during World War I, he spent more than 30 years from 1919 through the mid-1950s as the athletic director at Michigan State Normal College—now known as Eastern Michigan University—and served stints as the head coach of the football, basketball and tennis teams.

Lawrence Stevens "Rummy" Roehm was an American football and baseball player and businessman from Detroit, Michigan. He played college football for the University of Michigan from 1913 to 1915 and college baseball in 1916. He was the starting quarterback of the 1915 Michigan Wolverines football team. 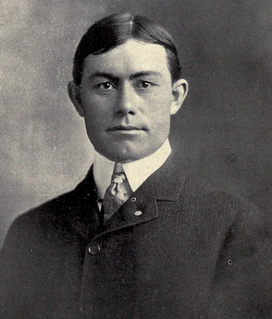 The History of Michigan Wolverines football in the Yost era covers the period from the hiring of Fielding H. Yost as head coach in 1901 through Yost's firing of Tad Wieman as head coach after the 1928 season. The era includes the brief head coaching tenures of George Little and Tad Wieman. Wieman was head coach during the 1927 and 1928 seasons but contended that he had never truly been allowed to take control of the team with Yost remaining as an assistant coach and athletic director.

Events from the year 1925 in Michigan.