John Martin M.D. (1789–1869) was a British meteorologist and physician, known now for his writing on Tonga.

Martin practised for some years as a physician in the City of London, and died at Lisbon on 8 July 1869. [1] 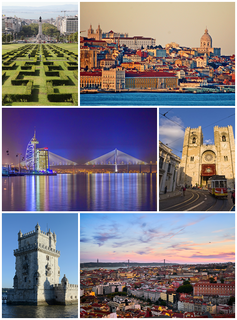 The Athenæum reported on Martin's meteorological investigations. For pressure, temperature, and moisture, he made meteorological charts from daily observations. He noted ozone, as well as factors thought to affect cholera and yellow fever. [1] 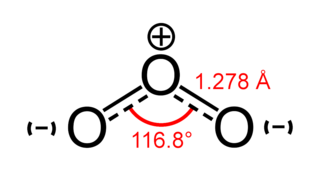 Ozone, or trioxygen, is an inorganic molecule with the chemical formula O
3. It is a pale blue gas with a distinctively pungent smell. It is an allotrope of oxygen that is much less stable than the diatomic allotrope O
2, breaking down in the lower atmosphere to O
2 (dioxygen). Ozone is formed from dioxygen by the action of ultraviolet light (UV) and electrical discharges within the Earth's atmosphere. It is present in very low concentrations throughout the latter, with its highest concentration high in the ozone layer of the stratosphere, which absorbs most of the Sun's ultraviolet (UV) radiation. 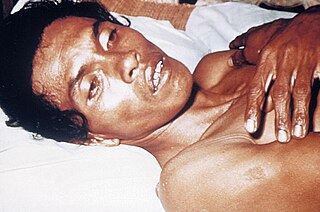 Yellow fever is a viral disease of typically short duration. In most cases, symptoms include fever, chills, loss of appetite, nausea, muscle pains particularly in the back, and headaches. Symptoms typically improve within five days. In about 15% of people, within a day of improving the fever comes back, abdominal pain occurs, and liver damage begins causing yellow skin. If this occurs, the risk of bleeding and kidney problems is also increased.

Martin edited an account of Tonga from William Mariner. It appeared as An Account of the Natives of the Tonga Islands, in the South Pacific Ocean, with an original Grammar and Vocabulary of their Language. Compiled and arranged from the extensive communications of Mr. William Mariner, several years resident in those Islands,' 2 vols. London, 1817; 2nd edit. 1818. It was also reprinted as vol. xiii. of Constable's Miscellany ; a French translation appeared at Paris in November 1817. Mariner had been detained in Tonga from 1806 to 1810. [1]

William Charles Mariner was an Englishman who lived in Tonga from 29 November 1806 to (probably) 8 November 1810. He later published Tonga Islands, an account of his experiences that is now one of the major sources of information on Tonga before it was significantly influenced by European culture and Christianity 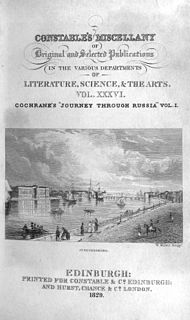 Constable's Miscellany was a part publishing serial established by Archibald Constable. Three numbers made up a volume; many of the works were divided into several volumes. The price of a number was one shilling. The full series title was Constable's Miscellany of Original and Selected Publications, in the Various Departments of Literature, Science, and the Arts.

William Shaw Mason (1774–1853) was an Irish statistician and bibliographer. Amongst his works was A Statistical Account or Parochial Survey of Ireland.

Matthew Lumsden (1777–1835) was a Scottish orientalist. He was educated at King's College, Aberdeen, Scotland, and held a professorship of Persian and Arabic at the College of Fort William, India.

James Finlayson was a Scottish surgeon, physician, and prolific writer on medical and historical topics.

William Thomson (1746–1817) was a Scottish minister, historian and miscellaneous writer. He often wrote under the pseudonym of Captain Thomas Newte and this fictitious character had his own history and received independent recognition.

Frederick Martin (1830–1883) was a British writer of Swiss-German background, known as the editor of The Statesman's Year Book.

Henry Maddock was an English barrister and legal author. 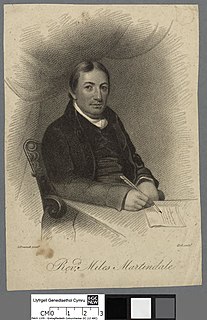 William Maitland (c.1693–1757) was a Scottish merchant, known as a historian and topographer.

Robert James Mann (1817–1886) was an English physician and science writer.

Philip Luckombe was an English printer and author.

William Martin (1772–1851) was an English eccentric and self-described philosopher.