John Pye-Smith FRS FGS (25 May 1774 – 5 February 1851) was a Congregational minister, theologian and tutor, associated with reconciling geological sciences with the Bible, repealing the Corn Laws and abolishing slavery. He was the author of many learned works.

The son of a Sheffield bookseller, Pye-Smith was surrounded by books in his youth and was practically self-taught: he did take Latin lessons from Jehoiada Brewer. [1] He became a Dissenting academic and author, and was the first Fellow of the Royal Society from a Nonconformist background. [2] He was also elected a Fellow of the Geological Society at a time when there was considerable debate about accepting the idea of geological time, and if so to find ways of reconciling this with the teachings of the Old Testament. He was an advocate of gap creationism. [3]

Throughout his life he worked for the abolition of slavery. During the politically turbulent 1790s, Pye-Smith took over the editorship of the Sheffield Iris , the leading abolitionist newspaper in the North of England, during the imprisonment of its editor, his friend James Montgomery. In 1830 Pye-Smith took the Chair of the Board of Congregational Ministers when it passed an anti-slavery motion to secure support from all Congregational chapels across the country in petitioning parliament: "That we feel it to be a solemn duty to employ our influence with our congregations and the public, to promote petitions to both Houses of Parliament for the abolition of Colonial Slavery, and therefore pledge ourselves, and beg to recommend to our brethren throughout the kingdom to prepare from each congregation such petitions to parliament..." The Congregationalists' 1833 abolition lecture, "The Sinfulness of Colonial Slavery", was delivered at John Pye-Smith's Meeting House in Hackney by his former pupil, Robert Halley.

Work in education and theological training

A committee of Nonconformist merchants and ministers, including Pye-Smith, founded Mill Hill School. [4] for boys on 25 January 1807.

Pye-Smith was the theological tutor at the Dissenting academy known as Homerton College near Hackney, London for forty-five years between 1805 and 1850. His pupils included Robert Halley, future Principal of New College, London; Samuel Dyer, the missionary; and William Johnson Fox of the South Place Chapel, later the South Place Ethical Society. Pye-Smith was minister of the Old Gravel Pit Chapel in Chatham Place, Hackney for nearly as long, from 1811–50.

John Pye Smith died in Hackney in 1851 and is buried below a marble chest tomb monument in Dr Watts' Walk, at the Congregationalists' non-denominational garden cemetery in the grounds of Abney Park, Stoke Newington, north London.

He was the grandfather of Philip Henry Pye-Smith.

Bunhill Fields is a former burial ground in central London, in the London Borough of Islington, just north of the City of London. What remains is about 1.6 hectares in extent and the bulk of the site is a public garden maintained by the City of London Corporation. 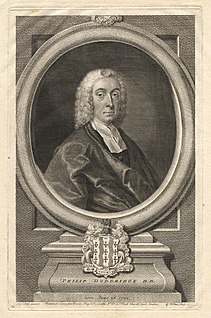 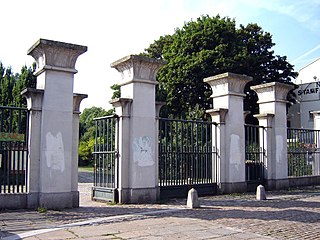 Christopher Newman Hall, born at Maidstone and known in later life as a 'Dissenter's Bishop', was one of the most celebrated nineteenth century English Nonconformist divines. He was active in social causes; supporting Abraham Lincoln and abolition of slavery during the American Civil War, the Chartist cause, and arranging for influential Nonconformists to meet Gladstone. His tract Come to Jesus, first published in 1848 also contributed to his becoming a household name throughout Britain, the US and further afield, supposedly selling four million copies worldwide over his lifetime.

Thomas Binney (1798–1874) was an English Congregationalist divine of the 19th century, popularly known as the "Archbishop of Nonconformity". He was noted for sermons and writings in defence of the principles of Nonconformity, for devotional verse, and for involvement in the cause of anti-slavery. 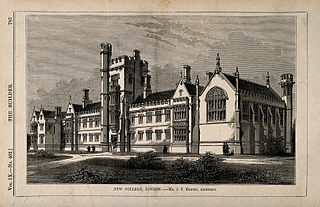 The Rev. James Sherman, was an English Congregationalist minister. He was an abolitionist, and a popular preacher at The Castle Street Chapel in Reading from 1821 to 1836. He and his second wife Martha Sherman made a success of Surrey Chapel, Blackfriars, London from 1836−54. Martha died in 1848. 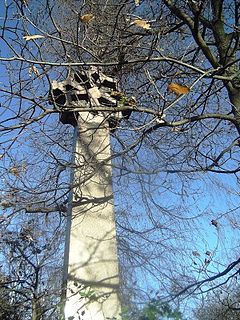 Alexander Fletcher (1787–1860), the Children's Friend, was a Scottish kirk minister, and later an Independent (Congregational) divine in England. Author of numerous devotional works, and founder of the Finsbury Chapel in London, he was widely acknowledged as the pioneer of preaching to audiences of children and attracting large crowds of young people to nonconformist chapels through specially designed events and services as well as through Sunday schools. 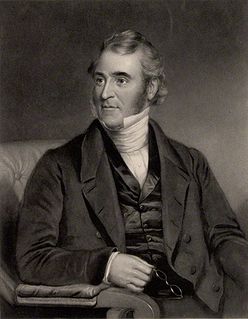 John Morison (1791–1859) was a Scottish Protestant minister in London. He was a longstanding editor of the Evangelical Magazine & Missionary Chronicle, author of theological and biographical subjects, and a Congregational pastor at Trevor Chapel, Knightsbridge, London. He was known for his bold and fervid utterances on the platform, his enthusiastic advocacy of the work of the London Missionary Society, and support for the abolition of slavery in the USA. 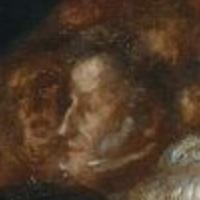 Josiah Conder, correspondent of Robert Southey and well-connected to Romantic authors of his day, was editor of the British literary magazine The Eclectic Review, the Nonconformist and abolitionist newspaper The Patriot, the author of romantic verses, poetry, and many popular hymns that survive to this day. His most ambitious non-fiction work was the thirty-volume worldwide geographical tome The Modern Traveller; and his best-selling compilation book The Congregational Hymn Book. Conder was a prominent London Congregationalist, an abolitionist, and took an active part in seeking to repeal British anti-Jewish laws. 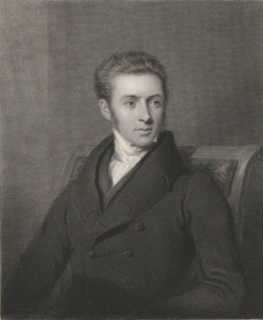 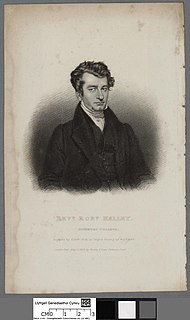 Robert Halley was an English Congregational minister and abolitionist. He was noted for his association with the politics of Repeal of the Corn Laws, and became Classical Tutor at Highbury College and Principal of New College, St John's Wood, London.

Independent College, later Homerton Academy, was a dissenting academy in Homerton just outside London, England, in the 18th and early 19th centuries.

Jackson and Walford, later Jackson, Walford, and Hodder from 1861 was a London publishing firm and predecessor firm of Hodder & Stoughton. at 18 St Paul's Churchyard and 27 Paternoster Row in 1871 The publishers with their successive name changes were one of many London publishers that operated around St. Paul's Churchyard and Paternoster Row. They published the Congregational Year Books, which were the publications of the "Congregational Union of England and Wales, and the Confederated Societies." Matthew Hodder apprenticed there from the age of fourteen and became a partner in 1861. Upon the retirement of Messrs. Jackson and Walford in 1868, Thomas Wilberforce Stoughton joined Hodder and the firm was renamed Hodder & Stoughton. The firm then published both religious and secular works and has survived into the present day as an imprint of Hodder Headline. 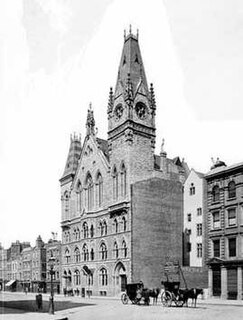 John Tarring FRIBA (1806–1875) was an English Victorian ecclesiastical architect active in the mid-nineteenth century. Based in London, he designed many Gothic Revival churches for Nonconformist clients. 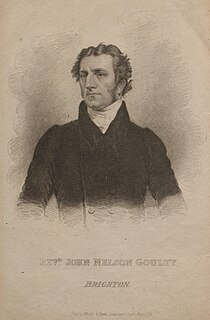 John Nelson Goulty was an English Nonconformist Christian pastor. He is best known for his sermons against mandatory tithing to the Church of England and against colonial slavery. After early work at Nonconformist chapels in Godalming and Henley-on-Thames, he moved to Brighton where he became "one of the most important persons" in the 300-year history of the town's Union Chapel. He also helped to found schools and a cemetery in Brighton.