John Rogers Commons (October 13, 1862 – May 11, 1945) was an American institutional economist, Georgist, progressive and labor historian at the University of Wisconsin–Madison. [1]

John R. Commons was born in Hollansburg, Ohio on October 13, 1862. Commons had a religious upbringing which led him to be an advocate for social justice early in life. Commons was considered a poor student and suffered from a mental illness while studying. He was allowed to graduate without finishing because of the potential seen in his intense determination and curiosity. At this time, Commons became a follower of Henry George's 'single tax' economics. [2] He carried this 'Georgist' or 'Ricardian' approach to economics, with a focus on land and monopoly rents, throughout the rest of his life, including a proposal for income taxes with higher rates on land rents. [3] [4] [5] [6] [7]

After graduating from Oberlin College, Commons did two years of graduate studies at Johns Hopkins University, where he studied under Richard T. Ely, [8] but left without a degree. [9] [10] After appointments at Oberlin and Indiana University, Commons began teaching at Syracuse University in 1895. [11]

In spring 1899, Syracuse dismissed him as a radical. [12] Eventually Commons re-entered academia at the University of Wisconsin in 1904. [8]

Commons' early work exemplified his desire to unite Christian ideals with the emerging social sciences of sociology and economics. He was a frequent contributor to Kingdom magazine, was a founder of the American Institute for Christian Sociology, and authored a book in 1894 called Social Reform and the Church. [13] He was an advocate of temperance legislation and was active in the national Prohibition Party. [13] By his Wisconsin years, Commons' scholarship had become less moralistic and more empirical, and he moved away from a religious viewpoint in his ethics and sociology. [14]

Commons is best known for developing an analysis of collective action by the state and other institutions, which he saw as essential to understanding economics. Commons believed that carefully crafted legislation could create social change; that view led him to be known as a socialist radical and incrementalist. Contrary to some published accounts, Commons did consider African Americans capable of voting. When he advocated proportional representation, he suggested a "negro party". [15] He even suggested applying the Thirteenth amendment to the Constitution to force Southern States to allow African Americans to vote. [16] He continued the strong American tradition in institutional economics by such figures as the economist and social theorist Thorstein Veblen. His notion of transaction is one of the most important contributions to Institutional Economics. [17] The institutional theory was closely related to his remarkable successes in fact-finding and drafting legislation on a wide range of social issues for the state of Wisconsin. He drafted legislation establishing Wisconsin's worker's compensation program, the first of its kind in the United States.

In 1906, Commons co-founded the American Association for Labor Legislation (AALL) with other economists. [18]

Commons was a contributor to The Pittsburgh Survey, a 1907 sociological investigation of a single American city. His graduate student, John A. Fitch, wrote The Steel Workers, a classic depiction of a key industry in early 20th-century America. It was one of six key texts to come out of the survey. Edwin E. Witte, later known as the "father of social security" also did his PhD at the University of Wisconsin–Madison under Commons.

He was a leading advocate of proportional representation in the United States, writing a book on the subject in 1907 and serving as vice-president of the Proportional Representation League. [19]

Commons undertook two major studies of the history of labor unions in the United States. Beginning in 1910, he edited A Documentary History of American Industrial Society, a large work that preserved many original-source documents of the American labor movement. Almost as soon as that work was complete, Commons began editing History of Labor in the United States, a narrative work which built on the previous 10-volume documentary history.

Today, Commons's contribution to labor history is considered equal to his contributions to the theory of institutional economics. He also made valuable contributions to the history of economic thought, especially with regard to collective action. He is honored at the University of Wisconsin in Madison with rooms and clubs named for him. [22]

Commons was the mentor of many outstanding economists and has been credited with originating the "Wisconsin Idea," in which university faculty serve as advisors to state government. [23]

His former home, The John R. and Nell Commons House, is listed on the National Register of Historic Places. [24] [25]

Max Otto Lorenz was an American economist who developed the Lorenz curve in an undergraduate essay. He published a paper on this when he was a doctoral student at the University of Wisconsin–Madison. His doctoral thesis (1906) was on 'The Economic Theory of Railroad Rates' and made no reference to perhaps his most famous paper. The term "Lorenz curve" for the measure Lorenz invented was coined by Willford I. King in 1912. 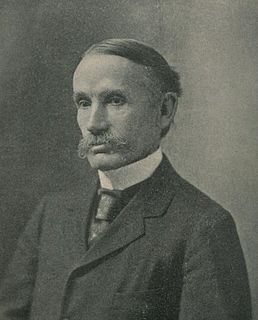 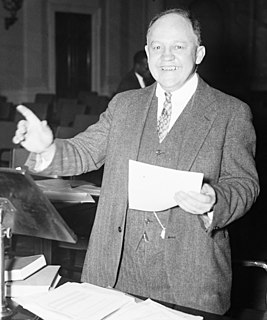 Neil Joseph Smelser (1930–2017) was an American sociologist who served as professor of sociology at the University of California, Berkeley. He was an active researcher from 1958 to 1994. His research was on collective behavior, sociological theory, economic sociology, sociology of education, social change, and comparative methods. Among many lifetime achievements, Smelser "laid the foundations for economic sociology."

Henry Rogers Seager was an American economist, and Professor of Political Economy at Columbia University, who served as president of the American Association for Labor Legislation.

Karl Eman Přibram, also known as “Karl Pribram”, was an Austrian-born economist. He is most noted for his work in labor economics, in industrial organization, and in the history of economic thought.

Charles McCarthy was a political scientist, public administrator, Progressive reformer, and briefly, an American football coach. He is credited with founding the first legislative reference library in the United States. McCarthy was active in policy formation, with special interests in agricultural cooperatives and adult and vocational education. He authored The Wisconsin Idea, a summary of Progressive philosophy and thinking.

Philip Taft (1902–1976) was an American labor historian whose research focused on the labor history of the United States and the American Federation of Labor. 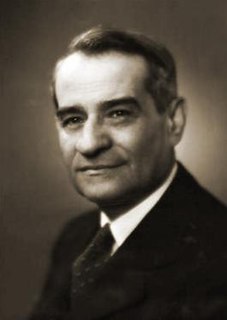 Selig Perlman was an economist and labor historian at the University of Wisconsin–Madison.

Kenneth Herald Parsons (1903–1998) was a Professor of Agricultural economics at the University of Wisconsin–Madison.

Sumner Huber Slichter was an American economist and the first Lamont University Professor at Harvard University. Slichter was considered by many to be the pre-eminent labor economist of the 1940s and 1950s. Slichter was adamantly opposed to the labor movement, and called repeatedly for legislation against unionization. Slichter was also a critic of the New Deal." 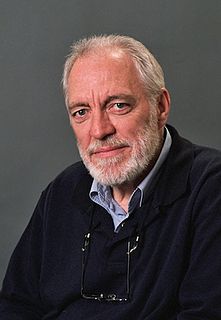 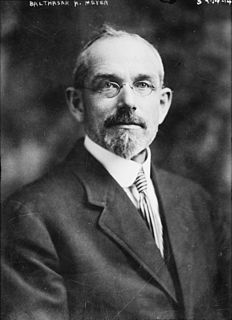 Balthasar Henry Meyer was an American government official and professor of economics and sociology. He served for 28 years as a member of the Interstate Commerce Commission.

The John and Nell Commons House is a large hilltop bungalow built in 1913 in Madison, Wisconsin, from which UW professor John R. Commons wrote influential books on economics, helped craft Progressive public policy, and mentored a generation of economists. The house itself was designed by Cora Tuttle - not a formally trained architect, but the first woman to practice architecture in Madison. In 1985 the house was added to the National Register of Historic Places.

Wikiquote has quotations related to John R. Commons .
This page is based on this Wikipedia article
Text is available under the CC BY-SA 4.0 license; additional terms may apply.
Images, videos and audio are available under their respective licenses.