John Morris Roberts CBE (14 April 1928 – 30 May 2003), often known as J. M. Roberts, was a British historian with significant published works. From 1979 to 1985 he was vice chancellor of the University of Southampton, and from 1985 to 1994, Warden of Merton College, Oxford. He was also well known as the author and presenter of the BBC TV series The Triumph of the West , first broadcast in 1985.

Roberts was born in Bath, [1] the son of a department store worker [2] and educated at Taunton School. He won a scholarship to Keble College, Oxford, and took a first in Modern History in 1948. [3] After National Service, he was elected a prize fellow of Magdalen College, Oxford, where he completed a doctoral thesis on the Italian republic set up during the time of Napoleon Bonaparte.

In 1953 Roberts was elected a fellow and tutor in Modern History at Merton College, Oxford, and in the same year went as a Commonwealth Fund fellow to Princeton and Yale, where his interests broadened beyond European history. He returned to America three times as a visiting professor in the 1960s. In 1964 Roberts lectured for the British Council in India, and from 1966 to 1977 Roberts served as joint editor of the English Historical Review. [3]

From 1979 to 1985 Roberts was vice-chancellor of the University of Southampton where he felt obliged to make unpopular cuts (Classics and Theology). Roberts could be an intimidating figure, even a "terrifying" one, but was described by colleagues as "a nice man, a very nice man, underneath it all". [3]

Roberts did not hesitate to take on ambitious subjects, and in 1976 he published The History of the World, regularly updated in later years and still in print today. [4] The Times Literary Supplement described Roberts as "master of the broad brush-stroke", and in 1985 Roberts wrote and presented the thirteen-part BBC television series The Triumph of the West , a series which painted a broad canvas but avoided simplistic solutions, encouraging the audience to think and reach its own conclusions. [3] Later he served as historical advisor to the BBC series People's Century .

From 1985 to 1994 Roberts was Warden of Merton College, Oxford. At Merton he became an important figure in the expansion and development of postgraduate studies. [3] He also took up other roles, serving as a governor of the BBC from 1988 to 93 and as a trustee of Rhodes House from 1988 to 94. [3] In 1994 he retired and returned to his native Somerset. [3]

In 1996, Roberts was appointed CBE for his 'services to education and history' and made a Cavalier of the Order of Merit of the Italian Republic in 1991. [5]

Roberts died in 2003, at Roadwater, Somerset, [6] shortly after completing the fourth revised edition of his The New History of the World.

The John Roberts Memorial Fund was established in his honour at Merton College in 2003, with the aim of increasing the financial support available to undergraduate and graduate students. The college hoped that the first recipient would be a history graduate.

When Roberts' The Mythology of the Secret Societies was republished in 2008, the back cover contained the following message: "We are living at a time when conspiracy theories are rife and the notion of secret plans for world domination under the guise of religious cults or secret societies is perhaps considered more seriously than ever."

On 10 September 1960, at Milton Abbas, Roberts married (Mariabella) Rosalind Gardiner. The marriage was dissolved in 1964. At Oxford on 29 August 1964 Roberts married Judith Cecilia Mary Armitage, a schoolteacher, and they had one son and two daughters. [3] [7]

Colin Hiram Tudge is a British science writer and broadcaster. A biologist by training, he is the author of numerous works on food, agriculture, genetics, and species diversity. 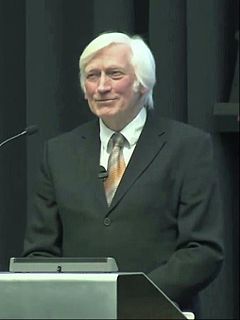 Richard James Overy, is a British historian who has published on the history of World War II and Nazi Germany. In 2007, as The Times editor of Complete History of the World, he chose the 50 key dates of world history.

Sir Simon David Jenkins is a British author and a newspaper columnist and editor. He was editor of the Evening Standard from 1976 to 1978 and of The Times from 1990 to 1992.

Andrew Roberts is an English historian and journalist. Educated at Gonville and Caius College, Cambridge, where he earned a first-class degree in modern history and a PhD, he is a Visiting Professor at the Department of War Studies, King's College London, a Roger and Martha Mertz Visiting Research Fellow at the Hoover Institution at Stanford University and a Lehrman Institute Distinguished Lecturer at the New-York Historical Society. He has been a trustee of the National Portrait Gallery, London since 2013.

Several people are reported to have served as Chief of Staff of the Irish Republican Army in the organisations bearing that name. Due to the clandestine nature of these organisations, this list is not definitive.

Robert Nigel Gildea is professor of Modern History at the University of Oxford and is the author of several influential books on 20th century French history. 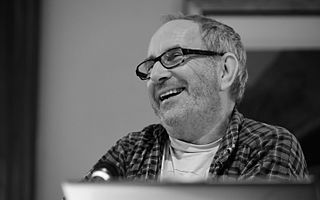 John R. Gribbin is a British science writer, an astrophysicist, and a visiting fellow in astronomy at the University of Sussex. His writings include quantum physics, human evolution, climate change, global warming, the origins of the universe, and biographies of famous scientists. He also writes science fiction. 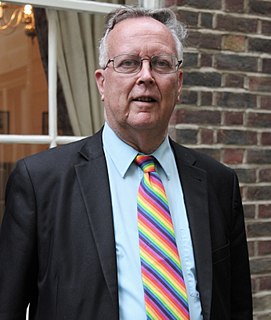 Robin James Wilson is an emeritus professor in the Department of Mathematics at the Open University, having previously been Head of the Pure Mathematics Department and Dean of the Faculty. He was a Stipendiary Lecturer at Pembroke College, Oxford and, as of 2006, Professor of Geometry at Gresham College, London, where he has also been a visiting professor. On occasion, he guest-teaches at Colorado College in the United States. 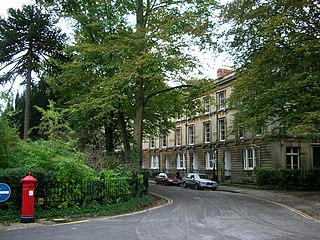 Park Town is a small residential area in central North Oxford, a suburb of Oxford, England. It was one of the earliest planned suburban developments in the area and most of the houses are Grade II listed.

Peter John Hennessy, Baron Hennessy of Nympsfield, is an English historian and academic specialising in the history of government. Since 1992, he has been Attlee Professor of Contemporary British History at Queen Mary University of London.

Richard Charles Cobb was a British historian and essayist, and professor at the University of Oxford. He was the author of numerous influential works about the history of France, particularly the French Revolution. Cobb meticulously researched the Revolutionary era from a ground-level view sometimes described as "history from below".

Alick Robin Walsham Harrison was an English academic, Warden of Merton College, Oxford from 1963 until his death in 1969. 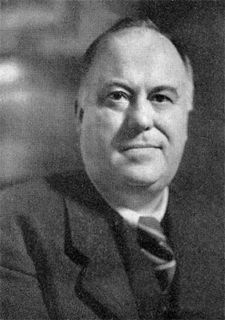 Hubert Phillips was a British economist, journalist, broadcaster, bridge player and organiser, composer of puzzles and quizzes, and the author of some 70 books.

Geoffrey Haward Martin was a British academic, historian, and from 1982 to 1988 Keeper of Public Records of the UK.

Peter Maurice Worsley was a noted British sociologist and social anthropologist. He was a major figure in both anthropology and sociology, and is noted for introducing the term Third World into English. He not only made theoretical and ethnographic contributions, but also was regarded as a key founding member of the New Left.

Michael George Brock was a British historian who was associated with several Oxford colleges during his academic career. He was Warden of Nuffield College, Oxford from 1978 to 1988.