Sharp was educated at Balliol College, Oxford and ordained in 1913. He began his career with a curacy at St Mark, South Farnborough. [2] After this he was at St James, Edinburgh from 1917 to 1921. [3] He then served at Naples, Valletta and Gibraltar before his appointment as Archdeacon. 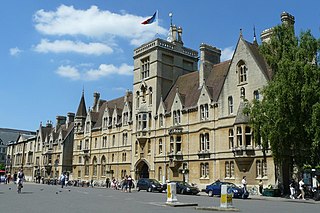 Thomas Malcolm Layng, CBE, MC & Bar was an Anglican soldier and clergyman who served as Deputy Chaplain-General to the Forces, Archdeacon of York and chaplain to King George VI and Queen Elizabeth II.

Geoffrey Lewis Tiarks was a British Anglican bishop. He was the Bishop of Maidstone in the latter part of the 20th century.

Edward Lowry Henderson was a priest in the Church of England and the Scottish Episcopal Church in the first half of the 20th century.

The Ven. William Methven Gordon Ducat was the Archdeacon of Berkshire from 1903 until his death.

Kenneth Donald Mackenzie was an eminent Anglican priest and author in the middle third of the 20th century.

The Ven. Basil Clark Snell , MA was an eminent Anglican priest in the mid twentieth century.

Wilfrid Denys Pawson was Archdeacon of Lindisfarne from 1956 until his death.

Ronald Huntley Sutch was Archdeacon of Cheltenham from 1951 to 1965.

The Ven James Greensill Skottowe Syme was Archdeacon of Lahore from 1916 to 1919.

The Ven. Sidney Harvie-Clarke was Archdeacon of Birmingham from 1947 until 1967; and then Stow until 1975

William Arthur Grant Luckman was Archdeacon of Calcutta from 1907 to 1911.

The Rev John Sinclair FRSE was a religious author and amateur biologist, He served as Archdeacon of Middlesex from 1844 until his death.

Hubert John Matthews was archdeacon of Hampstead from 1950 to 1961; and then archdeacon Emeritus until his death.

The Ven Harold Stephen Sharpe (1886–1960) was an Anglican Archdeacon in Africa during the first half of the Twentieth Century.