John White ( c. 1761 – January 4, 1800) was a lawyer and politician in Upper Canada. He was the first Attorney General for Upper Canada. He wrote and was responsible for the legislation of the new Province, which stemmed from the partition of Quebec in the Constitutional Act of 1791. His Act to limit slavery, which relied on Christian argument, was the first such enactment ever in the world.

He was born at Hicks Hall, Middlesex, England the son of John White. [1]

He studied at the Inner Temple in London and was called to the bar in 1785. He was recommended to William Osgoode by his friend and brother-in-law Samuel Shepherd as a possible attorney general for Upper Canada and was appointed in 1791. Samuel Shepherd had married his sister, Elizabeth White in 1783. [2]

He arrived in 1792 at Kingston, where he was elected to the 1st Parliament of Upper Canada as the member for Leeds & Frontenac. He moved to Newark (Niagara-on-the-Lake), where the government was located in September of the same year.

As attorney general for the province, he wrote the bill in 1793 which barred the introduction of additional slaves, and the legislation which established trial by jury, district courts and Court of the King's Bench. White played an important role in founding the Law Society of Upper Canada in 1797 and was its first treasurer. [3] Legislation passed during the first four years of his tenure includes: [4]

The introduction and passage of the 1793 act against slavery was not without opposition. Four of the original sixteen members of the Legislative Assembly were slave owners: John McDonell, Hazelton Spencer, Peter Van Alstine and David William Smith, and a significant number of landowners. Nine members of the Legislative Council, some of whom were also Executive Councillors, were slave owners or members of slave-owning families. [6] White wrote that there was "much opposition but little argument" to his bill.

As a result of an affair with the wife of John Small, the clerk of the Executive Council of Upper Canada, White was challenged by Small to a duel in York on January 2, 1800. He was shot and died 2 days later. He lived beyond his means and was often in debt, and his estate went unsettled for 37 years. [7]

John Graves Simcoe was a British Army general and the first lieutenant governor of Upper Canada from 1791 until 1796 in southern Ontario and the watersheds of Georgian Bay and Lake Superior. He founded York and was instrumental in introducing institutions such as courts of law, trial by jury, English common law, and freehold land tenure, and also in the abolition of slavery in Canada.

The London Corresponding Society (LCS) was a British Radical organisation, substantially inspired by Thomas Paine's defence of the French Revolution, The Rights of Man, dedicated to the introduction in Britain of universal male suffrage and annual parliaments. In contrast to other reform clubs of the period, it drew largely upon working men: artisans, tradesmen, and shopkeepers. Characterising it as an instrument of French revolutionary subversion, and citing links to the insurrectionist United Irishmen, the government of William Pitt the Younger sought to break the Society, twice charging leading members with complicity in plots to assassinate the King. Measures against the society intensified in the wake of the naval mutinies of 1797, of the 1798 Irish Rebellion and of popular demonstrations against the government and continuing war against the French Republic. In 1799, new legislation suppressed the Society by name, along with the remnants of the United Irishmen and their franchise organisations, United Scotsmen and the United Englishmen, with which the diminishing membership of the LSC had associated.

Henry Dundas, 1st Viscount Melville, PC, FRSE was a Scottish advocate and "independent Whig" politician. He was the trusted lieutenant of British prime minister William Pitt, and the most powerful man in Scotland in the latter decades of the 18th century. 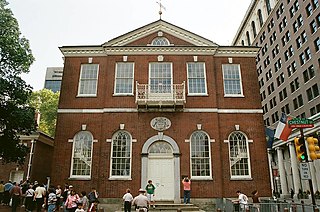 The Fugitive Slave Act or Fugitive Slave Law was passed by the United States Congress on September 18, 1850, as part of the Compromise of 1850 between Southern slave-holding interests and Northern Free-Soilers. 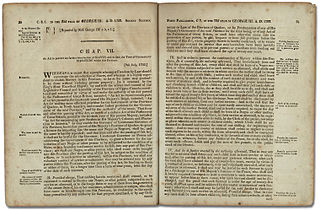 The Territory South of the River Ohio, more commonly known as the Southwest Territory, was an organized incorporated territory of the United States that existed from May 26, 1790, until June 1, 1796, when it was admitted to the United States as the State of Tennessee. The Southwest Territory was created by the Southwest Ordinance from lands of the Washington District that had been ceded to the U.S. federal government by North Carolina. The territory's lone governor was William Blount.

The Act Against Slavery was an anti-slavery law passed on July 9, 1793, in the second legislative session of Upper Canada, the colonial division of British North America that would eventually become Ontario. It banned the importation of slaves and mandated that children born henceforth to female slaves would be freed upon reaching the age of 25. 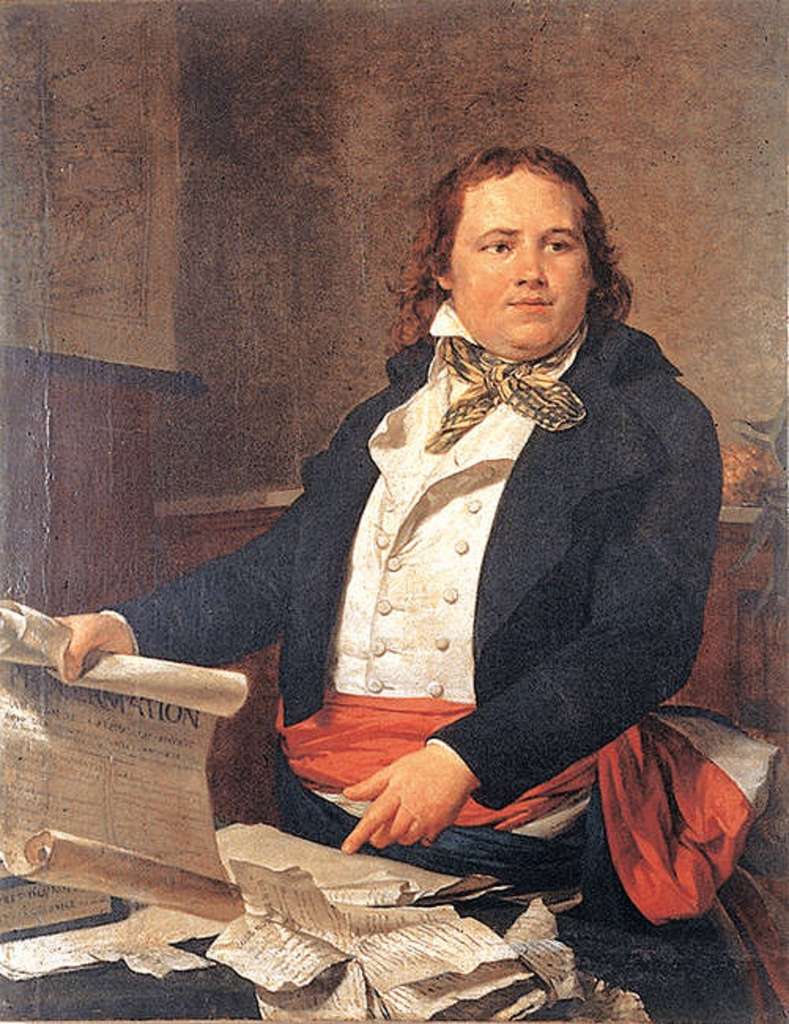 George Thatcher was an American lawyer, jurist, and statesman from the Maine district of Massachusetts. His name sometimes appears as George Thacher. He was a delegate for Massachusetts to the Continental Congress in 1787 and 1788. He was an associate justice of the Massachusetts Supreme Judicial Court from 1801 to 1824.

Hon. James Duperon Bâby was a judge and political figure in Upper Canada.

The Slave Trade Act of 1794 was a law passed by the United States Congress that limited American involvement in the international slave trade. It was signed into law by President George Washington on March 22, 1794. This was the first of several anti-slavery trade-acts of Congress. Federal outlawing of importation of slaves to the United States was enacted in 1807. The domestic trade and owning of slaves would not become illegal in the entire U.S. until the Thirteenth Amendment to the United States Constitution in 1865. 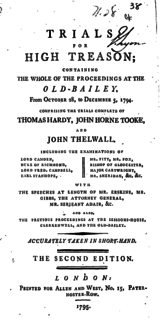 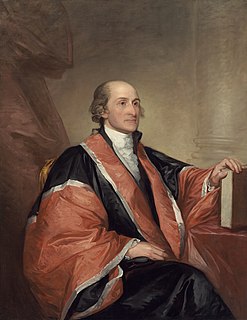 John Jay was an American statesman, patriot, diplomat, Founding Father, abolitionist, negotiator, and signatory of the Treaty of Paris of 1783. He served as the second Governor of New York and the first Chief Justice of the United States (1789–1795). He directed U.S. foreign policy for much of the 1780s and was an important leader of the Federalist Party after the ratification of the United States Constitution in 1788.

Chloe Cooley was a young black woman held as a slave in Fort Erie and Queenston, Upper Canada in the late 1700s, as the area was being settled by Loyalists from the United States. Her owner forced her into a boat to sell her in 1793 across the Niagara River in the United States