John William Ashe (20 August 1954 – 22 June 2016) was an Antiguan diplomat and politician. He was the President of the United Nations General Assembly at its 68th session, which ran September 2013 to September 2014. [1] He was also President of the UNICEF Executive Board in 2012. He served as Permanent Representative to the United Nations in New York of Antigua and Barbuda between 1995 and 2004.

Ashe was born in St. John's, Antigua. [2] His parents did not complete high school. His paternal grandfather gave his signature as an "X" and his mother, in turn, was a descendant of slave plantation owners in Barbados. Consequently, Ashe was the first in his family to attend university. [3] He was a graduate of St. Mary's University in Nova Scotia and the Technical University of Nova Scotia, [4] and in 1989 graduated from the University of Pennsylvania with a PhD in Bioengineering. [5] [6] [7] [8]

In April 2009, he was elected chair of the Ad Hoc Working Group on Further Commitments for Annex I Parties under the Kyoto Protocol (AWG-KP), and was responsible for overseeing negotiations leading up to and including the final phase at the 2009 United Nations Climate Change Conference in Copenhagen. [9] Towards the end of 2011, Ashe was the consensus candidate of all 33 GRULAC members states to be the president of the 68th session of the UNGA, [10] thus not necessitating an election, unlike his predecessor Vuk Jeremić who was challenged in an election to preside over the 67th session. [11]

Ashe led negotiations on budgetary and administrative matters within the conventions on biological diversity and desertification, the Basel Convention and the Montreal Protocol. He served on the Executive Boards of the United Nations Development Programme (UNDP)/United Nations Population Fund (UNFPA) and the United Nations Children's Fund (UNICEF). He was also his country’s ambassador to the World Trade Organization (WTO) and had ministerial responsibility for WTO and sustainable development matters.[ citation needed ]

According to Farrukh Khan, the Program Manager on Climate Finance at the UN Secretary General's Office, Ashe played a central role in the negotiations for the Sustainable Development Goals (SDGs). On 22 September 2014 Ashe launched the Global Sustainable Development Foundation to support the Millennium Development Goals (MDGs) and the SDGs. It was to "support the UN's mission and accelerate the achievement of the MDGs and SDGs".

On 6 October 2015, Ashe was arrested and charged, [12] along with five others, in a criminal complaint filed by federal prosecutors in the U.S. District Court for the Southern District of New York, reflecting an expansion of a probe into the dealings of Macau real estate developer Ng Lap Seng. The complaint accused Ashe of using "his official position to obtain for Ng potentially lucrative investments in Antigua" as part of an alleged broader scheme to funnel more than $1 million in bribes from Chinese sources to facilitate business dealings, particularly in real estate. [13] [14] He died while awaiting trial. [15]

Ashe was found dead at his home in Dobbs Ferry, New York on June 22, 2016. The Westchester County, New York medical examiner's office reported that Ashe died of injuries (specifically, traumatic asphyxia, and laryngeal fractures) suffered when a barbell he was lifting from a bench dropped on his neck. [16] [17]

Antigua and Barbuda is a sovereign island country in the West Indies in the Americas, lying between the Caribbean Sea and the Atlantic Ocean. It consists of two major islands, Antigua and Barbuda separated by 63 km (39 mi), and smaller islands. The permanent population number is about 97,120, with 97% being resident on Antigua. The capital and largest port and city is St. John's on Antigua, with Codrington being the largest town on Barbuda. Lying near each other, Antigua and Barbuda are in the middle of the Leeward Islands, part of the Lesser Antilles, roughly at 17°N of the equator. 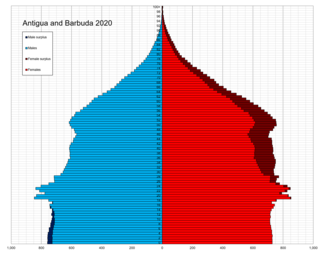 Sir James Beethoven Carlisle, GCMG is a dentist and the former Governor-General of Antigua and Barbuda. Selected by Vere Cornwall Bird, his term ended in June 2007, after 16 years in office.

Antigua, also known as Waladli or Wadadli by the native population, is an island in the Lesser Antilles. It is one of the Leeward Islands in the Caribbean region and the main island of the country of Antigua and Barbuda. Antigua and Barbuda became an independent state within the Commonwealth of Nations on 1 November 1981. 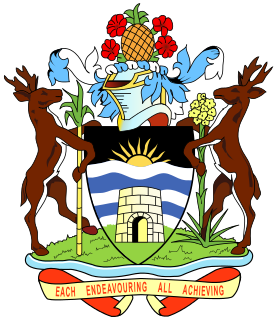 The following outline is provided as an overview of and introduction to Antigua and Barbuda:

Molwyn Joseph is an Antiguan politician and Chairman of the Antigua Labour Party (ALP). First entering politics in 1984 when he was made a Minister without Portfolio in the government of Vere Bird, Joseph became Minister of Finance seven years later, renegotiating the Antiguan national debt and introducing fiscal reforms. After a 1996 scandal in which it was discovered he had used his position to import a 1930s Rolls Royce for a friend, bypassing normal import duties and taxes, he was dismissed from the Bird administration, returning 14 months later to serve as Minister for Planning, Implementation and the Environment. Following the 1999 general election he became Minister of Heath and Social Improvement before being made Minister of Tourism and the Environment a few months later. As Minister, Joseph attempted to improve the perception of Antigua as a tourist destination and invest in the industry, spending 2 million US dollars increasing the number of hotel rooms on the island and providing money for both Air Jamaica and Air Luxor to provide flights to the island. 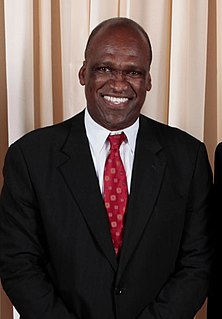 Xiea Hull is a model, teacher, author and psychologist from Antigua and Barbuda. She was born in St. John's, Antigua.

Walton Alfonso Webson is an Antiguan diplomat. He has served as the Permanent Representative to the United Nations in New York of Antigua and Barbuda since 2014. He is President of the UNICEF Executive Board at the international level in 2017. 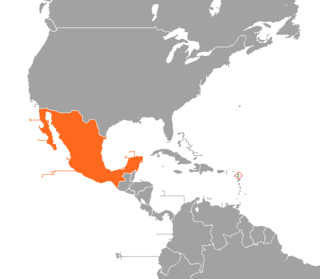 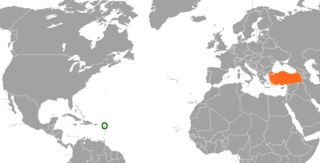