His family relocated from Longparish after his father retired in 1933. [3] Woodcock completed his primary education at the Dragon School. [4] As a child, he was a good angler before moving onto cricket while attending St Edward's School, Oxford. When he was fifteen, he almost died from septic arthritis. His hip was permanently injured as a result, and he was strapped to a frame for four months. [3]

Woodcock read Geography at Trinity College, Oxford. Despite his aforementioned injury, he won hockey blues in 1946 and 1947. [3] [5] He also reached the final trial of the university cricket team and played for the Authentics (Oxford's second XI). [4] [5] After graduating with fourth class honours (which he attributed to his being "very lazy"), he obtained a diploma in education, intending to become a teacher. However, E. W. Swanton managed to secure a job for him of scoring for the BBC at the Second Test at Lord's in 1948. [3]

Woodcock went on the England tour of Australia in 1950–51 as a newsreel cameraman for the BBC and assistant to Swanton. He also wrote for The Manchester Guardian during the 1952 Tests against India, filling in for Denys Rowbotham. [6] Upon Rowbotham's return, Woodcock became the paper's London sports editor. He became the cricket correspondent for The Times in 1954. [3] He began his first stint as The Times' correspondent during the England tour of Australia in 1954–55. [7]

Woodcock was dubbed "the Sage of Longparish" by Alan Gibson, his colleague at The Times. [3] He served as its cricket correspondent until 1987, attending more than 400 Tests in the process. [8] He also edited the Wisden Cricketers' Almanack for six editions from 1981 until 1986, and was credited for improving its reputation and standard. [3] He was a contributor to the Longparish Village Handbook. [9] He did not support the sporting boycott of South Africa during the apartheid era, but later acknowledged that his position had been wrong. [3]

Unlike other notable cricket journalists such as John Arlott and E. W. Swanton, little of Woodcock's writing is available in book form. He did, however, write The Times One Hundred Greatest Cricketers (Macmillan, 1998, ISBN   0-333-73641-9). At the 2018 Sports Book Awards evening, Woodcock received a special award for Outstanding Contribution to Sports Writing. Henry Blofeld said at the event, "John Woodcock is the most thorough watcher of a day’s cricket I've ever known." [11]

Woodcock contributed his final piece for The Times in July 2020 as a tribute to the veteran West Indian cricketer Sir Everton Weekes. [1] [12] 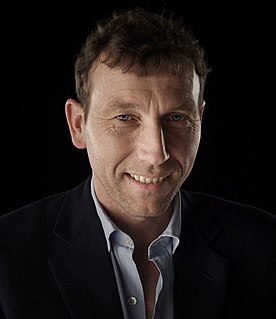 Michael Andrew Atherton is a broadcaster, journalist and a former England international first-class cricketer. A right-handed opening batsman for Lancashire and England, and occasional leg-break bowler, he achieved the captaincy of England at the age of 25 and led the side in a record 54 Test matches. Known for his stubborn resistance during an era of hostile fast bowling, Atherton was described in 2001 as a determined defensive opener who made "batting look like trench warfare". He had several famed bouts with bowlers including South Africa's Allan Donald and Australia's Glenn McGrath. Atherton often played the anchor role at a time when England batting performances lacked consistency.

Michael John Knight Smith OBE, better known as M. J. K. Smith or Mike Smith is an English former cricketer who was captain of Oxford University Cricket Club (1956), Warwickshire County Cricket Club (1957–67) and the England cricket team (1963–66). He was one of England's most popular cricket captains and, as he also played rugby union, Smith was England's last double international.

Henry Khaaba Olonga is a Zimbabwean former cricketer, who played Test and One Day International (ODI) cricket for Zimbabwe. In domestic first-class cricket in Zimbabwe, Olonga played for Matabeleland, Mashonaland and Manicaland. When he made his Test debut in January 1995, he was the first black cricketer and the youngest person to play for Zimbabwe. He was a regular member of the Zimbabwe team from 1998 to 2003. He featured in three World Cup tournaments in 1996, 1999 and 2003. During his playing days, he formed a rivalry against former Indian veteran batsman Sachin Tendulkar whenever Zimbabwe and India played against each other in international cricket. He was also regarded as Zimbabwe cricket's poster boy. 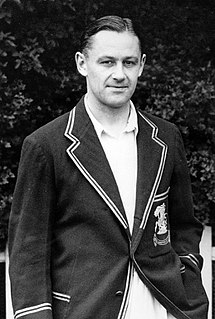 Kevin Malcolm Curran was a Zimbabwean international cricketer. He was part of Zimbabwe's first One Day International side following independence at the 1983 Cricket World Cup. He went on to be the head coach of the Zimbabwe national cricket team from August 2005 until September 2007.

John Kenneth Lever MBE is an English former international cricketer who played Test and One-Day cricket for England. Lever was a left-arm fast-medium bowler who predominantly swung the ball into right-handed batsmen.

Alexander Colin David Ingleby-Mackenzie OBE was an English first-class cricketer: a left-handed batsman who played for Hampshire between 1951 and 1966, captaining the county from 1958 to 1965 as Hampshire's last amateur captain and leading his side to their first County Championship in the 1961 season. He was later president of the Marylebone Cricket Club from 1996 to 1998, during which time women were first permitted to join.

Longparish is a village and civil parish in Hampshire, England. It is composed of the four hamlets of Middleton, East Aston, West Aston and Forton that over time have expanded and effectively joined up to become one village. Longparish is situated on the northwest bank of the River Test. In 2011 the population was 716.

Alan Lee was a prolific British writer and author on cricket and horse racing. 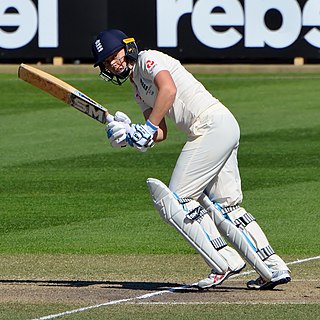 Alfred William Pullin, known by the pseudonym Old Ebor, was a British sports journalist who wrote primarily about rugby union and cricket. He wrote mainly for British newspapers the Yorkshire Post and the Yorkshire Evening Post. Considered by critics to be one of the greatest authorities in the country on his two sports, he wrote a daily column using his pseudonym "Old Ebor" for 40 years. Most often associated with his reporting on Yorkshire County Cricket Club, he has been credited as defining the role of a sports journalist. Two of his most widely known works were on cricket: Talks with Old English Cricketers and History of Yorkshire County Cricket, 1903–23.

Lawrence Booth is an author and a cricket writer for the Daily Mail and the Mail on Sunday, and editor of Wisden Cricketers' Almanack since 2011. He was the youngest Wisden editor for 72 years when he was appointed. He has previously written for The Guardian, The Observer and The Sunday Times, and is a regular contributor to Wisden Cricket Monthly magazine. He wrote guardian.co.uk's The Spin column for seven years, and his Top Spin column for Mail Online was named Online Column of the Year at the 2010 Sports Journalists' Association awards. In March 2013, he won Scoop of the Year at the SJAs after revealing that Kevin Pietersen had sent text messages to the touring South Africans the previous summer. He has written, edited or co-written 15 books, including Arm-Ball to Zooter, Cricket, Lovely Cricket? and the last 10 editions of Wisden, including the 150th, published in 2013.

Jarrod Kimber is a cricket writer and film-maker. He came to prominence as the founder of the cricketwithballs blog, before working as editor of SPIN Magazine and then as a writer for ESPNCricinfo. He has written five books on cricket and was jointly responsible for the award winning film Death of a Gentleman.

The British Sports Journalism Awards is an annual ceremony organised by the Sports Journalists' Association that recognise the best of sports journalism in Britain in the previous calendar year. The awards are widely considered the BAFTAs of the industry, and attract entries from all major domestic and international media outlets.

Clive Taylor was a British journalist who worked as the cricket correspondent of The Sun from 1964 to 1977.