Last updated March 20, 2020
‹ The template Infobox noble is being considered for merging. ›

In 1451 the earldom of Surrey was revived for him. Mowbray was descended from a sister of the last earl of the previous creation.

In 1461 he succeeded his father as 4th Duke of Norfolk and hereditary Earl Marshal. He continued his father's efforts to possess Caister Castle, finally taking it in September 1469 after a siege. John Paston had inherited Caister from John Fastolf in 1459 and was in charge of defending it. [1] Although Paston had been in Mowbray's service for several years, Mowbray showed a notable ruthlessness in his conduct of the siege, in which one Daubenay, a long-standing Paston servant, was killed. Under pressure from the Church, Norfolk did at least grant the other defenders a safe conduct. In 1476, within a day of Norfolk's death, the Paston family took Caister back again.

Norfolk was invested as a Knight of the Garter in 1472. He died very suddenly, having apparently been in good health the day before.

He married Elizabeth Talbot, daughter of John Talbot, 1st Earl of Shrewsbury and his second wife Lady Margaret Beauchamp. They had only one child, Anne de Mowbray, 8th Countess of Norfolk, and so the 1397 creation of the dukedom became extinct upon his death. Anne, who was only 3 years old when her father died, inherited the earldom and his extensive lands and wealth. [1]

The dukedom would be recreated in 1481 and again in 1483. The 1483 creation survives to the present day, despite two periods of forfeiture. [1]

Anne de Mowbray, 8th Countess of Norfolk, later Duchess of York and Duchess of Norfolk was the child bride of Richard of Shrewsbury, 1st Duke of York, one of the Princes in the Tower. She died at the age of eight. 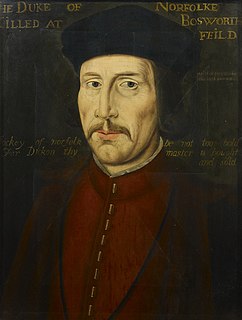 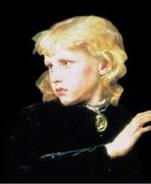 Richard of Shrewsbury, Duke of York KG, was the sixth child and second son of King Edward IV of England and Elizabeth Woodville, born in Shrewsbury. Richard and his older brother, who briefly reigned as King Edward V of England, mysteriously disappeared shortly after Richard III became king in 1483. 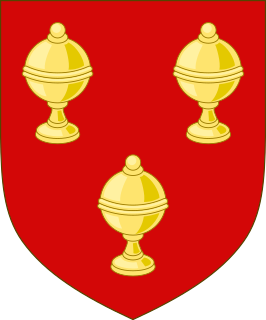 The Paston Letters are a collection of correspondence between members of the Paston family of Norfolk gentry and others connected with them in England between the years 1422 and 1509. The collection also includes state papers and other important documents. 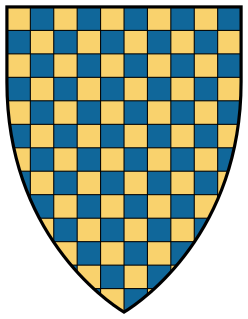 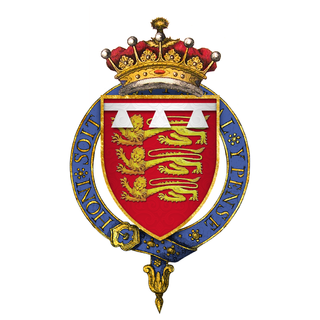 John de Mowbray, 2nd Duke of Norfolk, 8th Baron Mowbray, 9th Baron Segrave KG, Earl Marshal was an English nobleman and soldier. He was a younger son of the first Duke of Norfolk, but inherited his father's earldom of Norfolk when his elder brother rebelled against King Henry IV and was executed before reaching the age of inheritance. This and the fact that his mother lived to an old age and held a third of his estates in dower, meant that until the last few years of his life he was, although an important political figure, poorly-off financially.

John Mowbray or John de Mowbray may refer to: 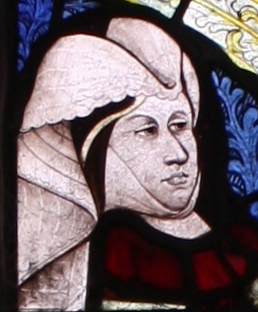 Sir John Paston, was the eldest son of John Paston and Margaret Mautby. He succeeded his father in 1466, and spent a considerable part of his life attempting to make good his father's claim to the lands of Margaret Mautby's kinsman, Sir John Fastolf. A number of his letters survive among the Paston Letters, a rich source of historical information for the lives of the English gentry of the period. Although long betrothed to Anne Haute, a first cousin of Elizabeth Woodville, he never married, and was succeeded by his younger brother, also named John.

Sir John Paston, was the second son of John Paston and Margaret Mautby. He succeeded his elder brother, Sir John Paston, in 1479. He fought at Barnet and Stoke with John de Vere, 13th Earl of Oxford, served as his deputy when Oxford was appointed Lord High Admiral of England, and was a member of the Earl's council. A number of his letters survive among the Paston Letters, a rich source of historical information for the lives of the English gentry of the period.