John Arnold Griffin III (April 24, 1928 – July 25, 2008) was an American jazz tenor saxophonist. Nicknamed "the Little Giant" for his short stature and forceful playing, Griffin's career began in the early 1940s and continued until the month of his death. A pioneering figure in hard bop, Griffin recorded prolifically as a bandleader in addition to stints with pianist Thelonious Monk, drummer Art Blakey, in partnership with fellow tenor Eddie "Lockjaw" Davis and as a member of the Kenny Clarke/Francy Boland Big Band after he moved to Europe in the 1960s. In 1995, Griffin was awarded an Honorary Doctorate of Music from Berklee College of Music. [1]

Griffin studied music at DuSable High School in Chicago under Walter Dyett, starting out on clarinet before moving on to oboe and then alto sax. While still at high school at the age of 15, Griffin was playing with T-Bone Walker in a band led by Walker's brother. [2]

Alto saxophone was still his instrument of choice when he joined Lionel Hampton's big band three days after his high school graduation, but Hampton encouraged him to take up the tenor, playing alongside Arnett Cobb. He first appeared on a Los Angeles recording with Hampton's band in 1945 at the age of 17.

By mid-1947, Griffin and fellow Hampton band member Joe Morris had formed a sextet made up of local musicians, including George Freeman, [2] where he remained for the next two years. His playing can be heard on various early Rhythm and Blues recordings for Atlantic Records. By 1951 Griffin was playing baritone saxophone in an R&B septet led by former bandmate Arnett Cobb. [3]

After returning to Chicago from two years in the Army, Griffin began establishing a reputation as one of the premiere saxophonists in that city. Thelonious Monk enthusiastically encouraged Orrin Keepnews of Riverside Records to sign the young tenor, but before he could act Blue Note Records had signed Griffin.

He joined Art Blakey's Jazz Messengers in 1957, and his recordings from that time include a memorable album joining together the Messengers and Thelonious Monk. Griffin then succeeded John Coltrane as a member of Monk's Five Spot quartet; he can be heard on the albums Thelonious in Action and Misterioso.

Griffin's unique style, based on an astounding technique, included a vast canon of bebop language. He was known to quote generously from classical, opera and other musical forms. A prodigious player, he was often subjected to and victorious at "cutting sessions" (a musical battle between two musicians) involving a legion of tenor players, both in his hometown Chicago with the likes of Hank Mobley and Gene Ammons, and on the road. Diminutive, he was distinctive as a fashionable dresser, a good businessman, and a well-liked bandleader to other musicians.

The album A Blowin' Session (1957) featured John Coltrane and Hank Mobley. He played with Art Blakey's Jazz Messengers for a few months in 1957, and in the Thelonious Monk Sextet and Quartet (1958). During this period, he recorded a set with Clark Terry on Serenade to a Bus Seat featuring the rhythm trio of Wynton Kelly, Paul Chambers, and Philly Joe Jones.

Griffin moved to France in 1963 and to the Netherlands in 1978. His relocation was the result of several factors, including income tax problems, a failing marriage and feeling "embittered by the critical acceptance of free jazz" in the United States, as journalist Ben Ratliff would write. [4] Apart from appearing regularly under his own name at jazz clubs such as London's Ronnie Scott's, Griffin became the "first choice" sax player for visiting US musicians touring the continent during the 1960s and '70s. He briefly rejoined Monk's groups (an Octet and Nonet) in 1967.

Griffin and Davis met up again in 1970 and recorded Tough Tenors Again 'n' Again, and again with the Dizzy Gillespie Big 7 at the Montreux Jazz Festival. In 1965 he recorded albums with Wes Montgomery. From 1967 to 1969, he was part of the Kenny Clarke/Francy Boland Big Band and in the late '70s recorded with Peter Herbolzheimer and His Big Band, which also included, among others, Nat Adderley, Derek Watkins, Art Farmer, Slide Hampton, Jiggs Whigham, Herb Geller, Wilton Gaynair, Stan Getz, Gerry Mulligan, Rita Reys, Jean "Toots" Thielemans, Niels-Henning Ørsted Pedersen, Grady Tate, and Quincy Jones as arranger. He also recorded with the Nat Adderley Quintet in 1978, having previously recorded with Adderley in 1958. 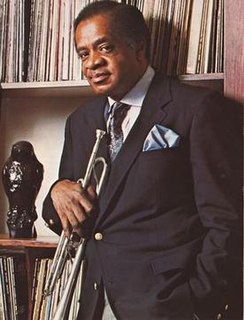 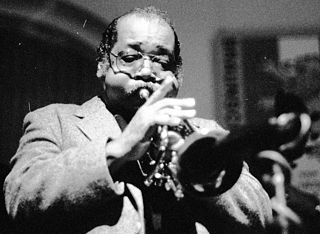 Nathaniel Carlyle Adderley was an American jazz trumpeter. He was the younger brother of saxophonist Julian "Cannonball" Adderley, whom he supported and played with for many years. 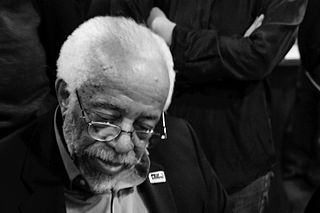 Wilbur Bernard Ware was an American jazz double bassist. He was a staff bassist at Riverside in the 1950s, recording with J.R. Monterose, Toots Thielemans, Tina Brooks, Zoot Sims, and Grant Green. 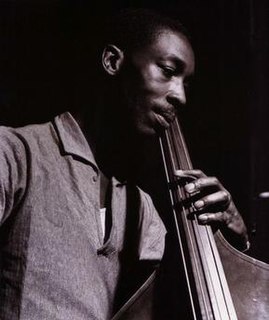 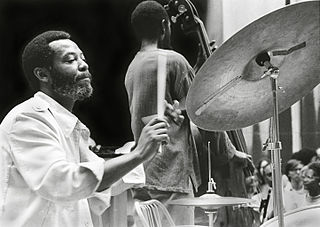