Jonas Chickering was born in Mason Village, and raised in nearby New Ipswich, New Hampshire where his father Abner Chickering kept a farm and worked as a blacksmith. Chickering apprenticed three years as a cabinet maker with John Gould. 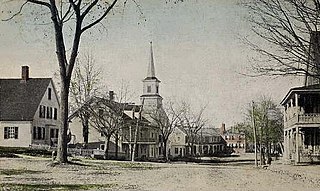 Greenville is a town in Hillsborough County, New Hampshire, United States. The population was 2,105 at the 2010 census. It is located at the junction of New Hampshire routes 31, 45, and 123.

New Ipswich is a town in Hillsborough County, New Hampshire, United States. The population was 5,099 at the 2010 census. New Ipswich, situated on the Massachusetts border, includes the villages of Bank, Davis, Gibson Four Corners, Highbridge, New Ipswich Center, Smithville, and Wilder, though these village designations no longer hold the importance they did in the past. The Wapack Trail passes through the community.

In 1818 Chickering removed to Boston with Gould's permission, working for cabinet-maker James Baker, but one year later began working for pianomaker John Osborn at 12 Orange Street. In 1823, Chickering formed a partnership with pianomaker James Stewart; they produced 15 pianos the first year at workshops at 20 Common street and sold their first piano on June 23, 1823 for $275. 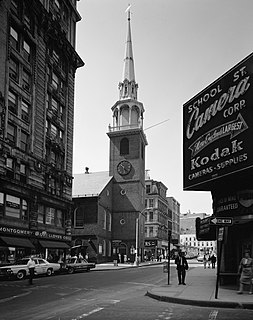 Stewart & Chickering dissolved after four years, and in 1830 Chickering became associated with John Mackay, a merchant, as well as organ and pianomaker who had worked with Alpheus Babcock, doing business as Chickering & Co. at 416 Washington street. In 1837 Chickering & Mackays (with Mackay's son William H. Mackay) built a new five story factory, with warerooms and a small concert hall, at 334 Washington Street, and warehouse at Franklin square.

Alpheus Babcock was a piano and musical instrument maker in Boston, Massachusetts and Philadelphia, Pennsylvania during the early 19th century. Babcock is best known for patenting a complete iron frame in a single casting used to resist the strain of the strings in square pianos, he also patented a system of stringing in squares, and improvements in piano actions.

John Mackay was lost at sea February 1841, and Chickering mortgaged the factory and bought out his and William H. Mackay's shares in installments. The Washington street factory burned December 1, 1852 putting out over 200 workmen and amounting to $250,000 loss, as well as all the tools and patterns, and a nearly completed prototype for a grand piano (later indicated as being overstrung). Chickering organized a temporary factory, and began construction of a new steam-powered factory started at 791 Tremont street, designed by Edward Payson to Chickering's specifications.

Chickering died before the factory's completion, on December 8, 1853. Over 800 people, including leading piano manufacturers and many of the societies of which Chickering had been a member, marched in his funeral procession and the mayor of Boston ordered the ringing of the city's church bells.

At the time of his death, Chickering's company had built over 12,000 pianos and was producing about 1,500 a year worth $200,000, almost twice the sales of Timothy Gilbert, his largest competitor in Boston. His pianos at the London International Exhibition of 1851 earned a gold medal with special mention for the grand, which was noted for brilliancy and power as well as its great solidity. Chickering patented single piece iron frames combined with wrest plank bridges and damper guides in square pianos, and with massive wrest plank terminations in grands; Chickering & Mackays were assignees of an action patented by Alpheus Babcock, and licensed actions patented by Edwin Brown and George Howe. Chickering pioneered pronounced curved hammer strike lines in squares which permitted larger hammers, and is also credited encouraging Ichabod Washburn to develop the first music wire produced in the United States. 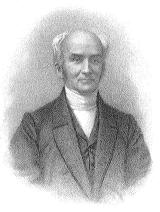 Ichabod Washburn (1798–1868) was a church deacon and industrialist from Worcester County, Massachusetts, United States. His financial endowments led to the naming of Washburn College, now Washburn University in Topeka, Kansas and the foundation of Worcester Polytechnic Institute in Worcester, Massachusetts.

Chickering, with Henry W. Pickering and Edward Frothingborn incorporated a charter to erect the Boston Music Hall, paid for by subscription and built in 1852. He served as president of the Handel and Haydn Society, and of the Massachusetts Charitable Mechanic Association, which he joined in 1829, until his death.

The Boston Music Hall was a concert hall located on Winter Street in Boston, Massachusetts, with an additional entrance on Hamilton Place. 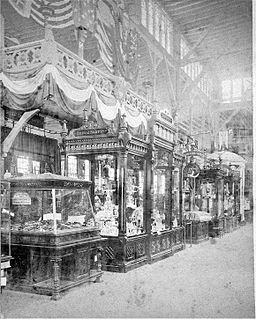 The Massachusetts Charitable Mechanic Association (est.1795) of Boston, Massachusetts, was "formed for the sole purposes of promoting the mechanic arts and extending the practice of benevolence." Founders included Paul Revere, Jonathan Hunnewell, and Benjamin Russell. Through much of the 19th century, the association organized conferences and exhibitions devoted to innovation in the mechanical arts.

Isaiah Rogers was a US architect from Massachusetts who eventually moved his practice south, where he was based in Louisville, Kentucky, and Cincinnati, Ohio. He completed numerous designs for hotels, courthouses and other major buildings in Boston, Massachusetts, and New York City, New York, before that relocation.

Wm. Knabe & Co. was a piano manufacturing company in Baltimore, Maryland from the middle of the nineteenth century through the beginning of the 20th century, and continued as a division of Aeolian-American at East Rochester, New York until 1982. It is currently a line of pianos manufactured by Samick Musical Instruments.

Sébastien Érard was a French instrument maker of German origin who specialised in the production of pianos and harps, developing the capacities of both instruments and pioneering the modern piano.

George Wilkinson was an English music publisher, and piano and candle manufacturer.

Lindeman was a name used by a series of piano manufacturers in New York in the nineteenth and twentieth centuries. The concern was founded by William Lindeman on a small scale in Dresden in about 1822, and reestablished by him in New York City in 1835 or 1836, where it grew to a medium size within twenty years. American piano historian Daniel Spillane credited him as one of the first successful immigrant German piano makers in the United States. 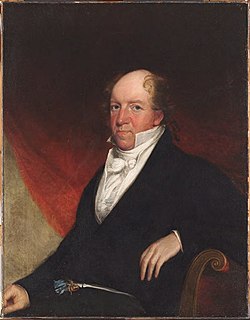 Samuel Appleton was an American merchant and philanthropist, active in New Hampshire, Massachusetts, and Great Britain. The city of Appleton, Wisconsin was named in his honor by Amos Lawrence.

Frederick Mathushek, was a piano maker working in Worms, in Rhineland, Germany and in the United States at New York City and New Haven, Connecticut during the second half of the nineteenth century. His name continued to be used by several different piano manufacturers through the 1950s, and was filed independently as a trademark for musical instruments in 2005 and 2008.

Robert Wornum (1780–1852) was a piano maker working in London during the first half of the 19th century. He is best known for introducing small cottage and oblique uprights and an action considered to be the predecessor of the modern upright action which was used in Europe through the early 20th century. His piano manufacturing business eventually became Robert Wornum & Sons and continued half a century after his death.

Jerome Van Crowninsfield Smith was an American physician, author and politician, serving as the fourteenth mayor of Boston, Massachusetts from 1854 to 1855. 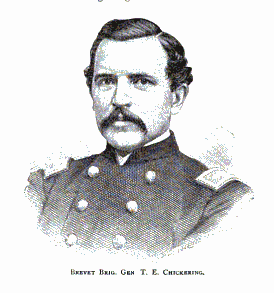 Thomas Edward Chickering was a piano manufacturer and soldier.

Mungo Mackay was a Scottish seafarer from the Orkney Islands who made a fortune in the Boston shipping trades in Massachusetts. Mungo was a highly regarded ship master, successful privateer owner and bonder, and operated a store on Long Wharf in Boston. He was also active in the politics of the town of Boston and the Masonic Order in Boston. His legacy includes the Alpheus Babcock and Jonas Chickering piano manufacturing establishments.

John Mackay (1774–1841) was a well known and successful ship master and early industrialist in Boston, Massachusetts. John Mackay was born in Boston and he participated in the Mackay family business of shipping started by his father and uncle. He partnered with and financed Alpheus Babcock and Jonas Chickering in early piano manufacturing by using some of his legacy from his wealthy uncle Mungo Mackay. 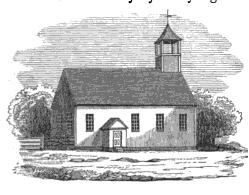 New Ipswich Academy was a historic private academy in New Ipswich, New Hampshire, which operated from 1789 to 1968, then re-opened privately from 1969 to 1974.

The Weber Piano Company was a piano manufacturing company based in New York City and East Rochester, New York from the middle of the 19th century through the beginning of the 20th century, and continued as a division of Aeolian-American at East Rochester, New York until 1985, when Aeolian went out of business. The Weber name was then sold to Korean piano company Young Chang, which in turn sold the Weber name to Samsung Group in 1987. Young Chang remains responsible for manufacturing the pianos, which are sold in two product lines: Weber, with entry-level and mid-level pianos, and Albert Weber, with higher-level products.

Charles Hill Morgan was an American mechanical engineer, inventor, industrialist and President of the American Society of Mechanical Engineers in the year 1900-01. He is known for his contributions to Worcester and to the steel industry, especially to rod rolling.