Jornal o Cidadão (lit. Newspaper The Citizen) is a weekly newspaper published in Mindelo, in the island of São Vicente, Cape Verde. It is one of the most important newspapers in Cape Verde. It was founded in 1988. 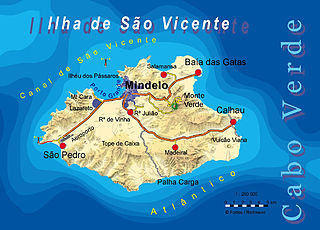 Jornal o Cidadão features sports, weather, businesses and more from the island as well as from Cape Verde. It features pages about news stories, newspaper pictures and sports online. 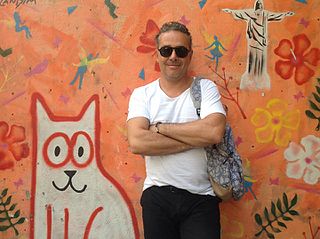 Germano Almeida is a Cape Verdean author and lawyer. 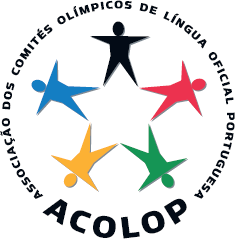 The Lusophony Games is a multinational multi-sport event organized by the ACOLOP, which involves athletes coming from Lusophone (Portuguese-speaking) countries, most countries competing are countries that are members of the CPLP, but some are countries with significant Portuguese communities or have a history with Portugal

Artiletra is a Cape Verdean bi-monthly newspaper/magazine. It is headquartered in Mindelo, and is the most circulated non-generalist newspaper in Cape Verde. Artiletra features articles and essays, as well as literary fiction, often by prominent Cape Verdean writers, covering topics such as the Cape Verdean culture, education, and science.

According to Canadian census data of 1991, only 55 people of Cape Verdean birth were then living in Canada. This figure seems to be low, since Cape Verdeans are known to reside in several major Canadian cities, including Toronto, Montreal, and Vancouver. In Toronto alone their number is estimated to be at least 300, a number that is likely to increase in the incoming years.

Tourism in Cape Verde, a group of islands off the coast of Senegal, West Africa, started in the 1970s on the island of Sal and increased slowly in the 1980s and 1990s.

Visitors to Cape Verde must obtain a visa to enter, unless they come from one of the visa-exempt countries, which are mostly in Africa and Europe. Visas may be obtained in advance from a Cape Verde embassy or consulate, or in person upon arrival at any of the international airports. 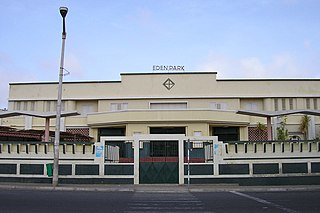 The history of the cinema of Cape Verde dates back to the arrival of film-makers in Mindelo in the early twentieth-century. The first picture house was established in Mindelo around 1922, called Eden Park.

Cape Verde sent a delegation to compete at the 2016 Summer Paralympics in Rio de Janeiro, Brazil, from 7 to 18 September 2016. This was the nations' fourth appearance at a Summer Paralympic Games since it made its debut at the 2004 Athens Summer Paralympics. Cape Verde was represented by two athletes in Rio de Janeiro: sprinter Gracelino Barbosa and javelin thrower Márcio Fernandes, who qualified for the Games by meeting the qualification standards of their events. Barbosa won the country's first Paralympic medal with his third-place finish in the men's 400 metres T20 competition and Fernandes came ninth in the F44 men's javelin event.

The following lists events that happened during 1988 in Cape Verde.

Oceanpress is a weekly newspaper published in the island of Sal, Cape Verde and is headquartered in Santa Maria. It is the only newspaper in Sal. Its slogan includes Noticias de Cabo Verde which also features national stories on paper and online.