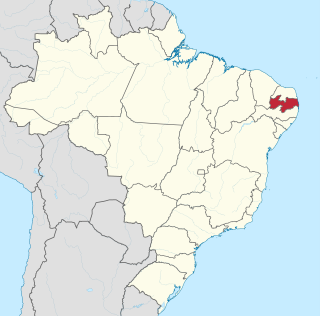 Paraíba is a state of Brazil. It is located in the Brazilian Northeast, and it is bordered by Rio Grande do Norte to the north, Ceará to the west, Pernambuco to the south and the Atlantic Ocean to the east. Paraíba is the third most densely populated state of the Northeast; João Pessoa, the sea-bordered state capital, and Campina Grande, in the interior, rank among the fifteen-largest municipalities in the Northeast of Brazil. The state is home to 1.9% of the Brazilian population and produces 0.9% of the Brazilian GDP. 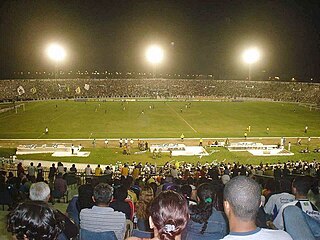 Estádio José Américo de Almeida Filho, usually known as Almeidão is a multi-purpose stadium in João Pessoa, Brazil. It is currently used mostly for football matches. It hosts the games of Botafogo (PB), CSP, and Santos (PB). The stadium holds 25,770. The stadium was built in 1975.

Elizeth Moreira Cardoso, was a singer and actress of great renown in Brazil.

Vasco Fernando Leote de Almeida e Costa, GCIH, GCL was a Portuguese naval officer and politician who served as Minister of Internal Administration during José Pinheiro de Azevedo's government, between 19 September 1975 and 23 July 1976. He also had an important role during the Portuguese decolonization period. From 23 June 1976 he became interim Prime Minister after Pinheiro de Azevedo suffered a heart attack during his presidential campaign. He remained the 106th Prime Minister of Portugal as an interim official for the rest of Pinheiro de Azevedo's mandate, when he was substituted by the democratically elected Mário Soares. He was also the 134th Governor of Macau from 16 June 1981 to 15 May 1986. His reign in the colony was marked by considerable infrastructure development. Costa's decision to dissolve the local Legislative Assembly amid intensified power struggle with the local Macanese community was a major political crisis at that time. To balance the predominant Macanese legislature, he proposed electoral reform that empowered the Chinese business community and elites.

Alfeu Adolfo Monjardim de Andrade e Almeida, 1st and only Baron of Monjardim was the sixth president (governor) of the Brazilian state of Espírito Santo, and the first to be elected by the people of the state.

Flávio José is a Brazilian composer and singer. 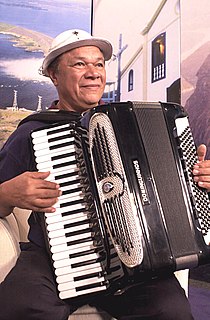 José Domingos de Morais, better known as Dominguinhos, was a Brazilian composer, accordionist and singer. His principal musical influences were the music of Luiz Gonzaga, Forró and in general the music of the Sertão in the Brazilian Northeast. He further developed this typical Brazilian musical style, born out of the European, African and Indian influences in north-eastern Brazil, creating a unique style of Brazilian Popular Music. 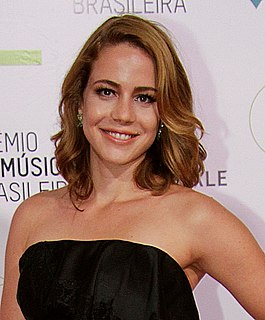 Lado a Lado is a Brazilian telenovela produced and broadcast by Rede Globo from 10 September 2012 to 8 March 2013. It is created by João Ximenes Braga and Claudia Lage, with Chico Soares, Douglas Tourinho, Fernando Rebello, Vellego Jackie, Nina Crintzs and Maria Camargo credited as co-writer. Gilberto Braga serves as the script supervisor and, directed by Dennis Carvalho and Vinicius Coimbra.

Império[ĩˈpɛɾju] is a Brazilian primetime telenovela produced and broadcast by Rede Globo. It premiered on 21 July 2014, replacing Em Família and ended on 13 March 2015 replaced by Babilônia.

Tempo de Amar is a Brazilian telenovela produced and broadcast by Rede Globo. It premiered on 26 September 2017, replacing Novo Mundo and concluded its run on 19 March 2018. It is created by Alcides Nogueira. The telenovela is based on the works of Rubem Fonseca and features writing collaborations by Tarcísio Lara Puiati and Bíbi Da Pieve. Adriano Melo, Teresa Lampreia and Jayme Monjardim serve as the main directors. 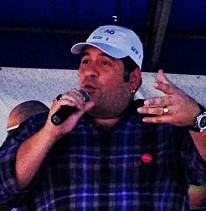 Sessão do Conselho de Estado is an artwork of the genre historical painting made by Georgina de Albuquerque in 1922. It portrays the session of 2 September 1822 of the State Council of Brazil, preceding Brazilian independence. The artwork is part of the collection in exposition of the National Historical Museum of Brazil, in the city of Rio de Janeiro.

José Eduardo do Prado Kelly was a Brazilian jurist, lawyer, poet, journalist and politician. He was minister of the Supreme Federal Court, president of the Order of Attorneys of Brazil (OAB), minister of Justice and Interior Affairs, federal deputy for Rio de Janeiro and president of the National Democratic Union (UDN).