José Manuel Briceño Guerrero (Palmarito, Apure, Venezuela, 6 March 1929 - Mérida, 31 October 2014) [1] was a Venezuelan writer, philologist and philosopher. A large part of his work was published under the pen-name Jonuel Brigue.

After doctoring in Vienna in 1961 [2] with a thesis entitled “The Socio-Psychological Foundations of Latin American Spanish,” Briceño Guerrero worked for decades as Professor of Philosophy and Classical languages at the Universidad de Los Andes, Mérida. In 1981 he was awarded the Venezuelan Premio Nacional de Ensayo, and in 1996 the Premio Nacional de Cultura (Literatura). [3] He is considered one of the most influential and original Latin-American thinkers, [4] and some of his works have been translated into French and German, some as part of the UNESCO Collection of Representative Works. [5]

Other articles and minor works are referenced in the Spanish Wikipedia article.

Miguel Ángel Burelli Rivas, was a Venezuelan lawyer, diplomat and politician, presidential candidate in 1968 and 1973. He was Director General of the Ministry of Interior Affairs; and also Minister of Justice and Minister of Foreign Affairs, between 1994 and 1999. He was a candidate to be Secretary of the Organization of American States (OEA) in 1994. 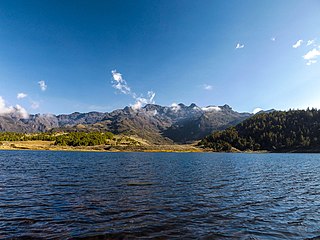 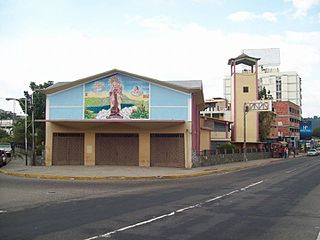 Valera is a city in Trujillo State in Venezuela, situated between the rivers Momboy and Motatán. The current mayor is José Karkom, who has had that post since 2013. The city is home to Italian, Portuguese, Chinese, Colombian and Spanish communities. It is also home to the Universidad Valle del Momboy, a private university, as well as the Instituto Universitario de Tecnología de Trujillo (IUTET). Also, the Universidad Nacional Experimental Simón Rodríguez (UNESR), the Universidad Pedagógica Experimental Libertador (UPEL), among others.

The University of the Andes is the second-oldest university in Venezuela, whose main campus is located in the city of Mérida, Venezuela. ULA is the largest public university in the Venezuelan Andes, having one of the largest student bodies in the country.

Miguel Angel Escotet is a social scientist, education administrator and author, emeritus professor at the University of Texas at Brownsville, of which he was dean of the College of Education. He was also secretary general of Organización de Estados Iberoamericanos and professor at Florida International University. He is since 2014 director general of corporate social responsibility of Abanca. He is also president of Fundación Galicia Obra Social, Afundación, and president of IESIDE, Afundacion's business school. 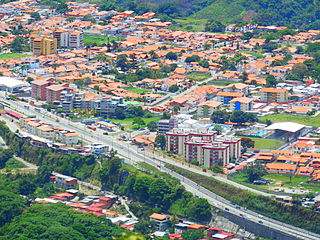 Mérida, officially known as Santiago de los Caballeros de Mérida, is the capital of the municipality of Libertador and the state of Mérida, and is one of the main cities of the Venezuelan Andes. It was founded in 1558 by Captain Juan Rodríguez Suárez, forming part of Nueva Granada, but later became part of the Captaincy General of Venezuela and played an active role in the War of Independence.

Edgar C. Otálvora is a Venezuelan intellectual, journalist, and politician who has held government and diplomatic positions. He is an expert in international politics and economics, and has distinguished himself as an analyst of Latin American topics, with a focus on military, diplomatic, and political issues. He has been a columnist in Venezuelans and Americans newspapers, in addition to directing the newspaper El Nuevo Pais in Caracas from 2006 to 2010. He is a professor at the Central University of Venezuela. He was a close collaborator of former Venezuelan president Ramón J. Velásquez. He has cultivated the biographical genre, being the first to write biographies of the 19th century Venezuelan presidents Raimundo Andueza Palacio and Juan Pablo Rojas Paul, as well as the Colombian president Virgilio Barco Vargas. Columnist in Diario Las Américas of Miami.

Juan Sánchez Peláez was a Venezuelan poet and National Prize winner for Literature in 1975.

José Nucete Sardi (1897–1972) was a Venezuelan historian, journalist and diplomat. He was born on August 4, 1897 in Mérida and died on November 12, 1972 in Caracas. He was married to Julia Salas Ruiz, daughter of the illustrious intellectual Julio Cesar Salas, with whom he had four daughters.

Juan Carlos Méndez Guédez is a Venezuelan writer born in Barquisimeto, Venezuela in 1967. From an early age, he and his family moved to Caracas, where he lived in the popular area of Los Jardines del Valle, but always kept a close connection with his native hometown. He earned a Bachelor of Arts from the Central University of Venezuela with a thesis on poetry groups "Traffic" and "Guaire". Later he earned a Ph.D. in Hispanic American Literature from the University of Salamanca with a thesis on the Venezuelan writer José Balza.

Metropolitan Region of Caracas (MRC) or Greater Caracas (GC) is the urban agglomeration comprising the Metropolitan District of Caracas and the adjacent 11 municipalities over Miranda and Vargas state in Venezuela. Thus, it does not constitute a single administrative unit. The conurbation spreads south, west, east and north of Caracas. It has a population of 5,243,301.

Gilberto N. Morillo is Venezuelan scientist, author, and educator. He was known for botany. In 1995 he was chosen as an elected curator of Herbario Forestal (MER) of the University of the Andes in Mérida, Venezuela. Morillo had already been a curator of the Faculty of Pharmacy (MERF) from the same university and the National Herbarium of Venezuela in Caracas. He is a collector of Angiopspermaes, whose specimens are in the National Herbarium of Venezuela. He is currently a researcher with the highest number of scientific publications of the Faculty of Forestry and Environmental and global specialist in Asclepiadaceae and a consultant for prestigious journals in the field of botany. Species named after Morillo including Prestonia morilloi (Apocynaceae), Cynanchum morilloi, Macroditassa morilloana, Oxypetalum morilloanum, Lessingianthus morilloi, Acianthera morilloi and Piper morilloi.