Son of dentist Ephim Mindlin and of Fanny Mindlin, both born in Odessa, he graduated from the University of São Paulo law school. He worked as a lawyer for 15 years, until he founded with some friends Metal Leve, an automobile piston company, which went on to become a large international player in the automobile parts industry. After years of successful management of the firm as a Director, the opening of the Brazilian markets in the 1990s has reduced Metal Leve's profits, and he and his business associates had to sell the firm in 1996 to German firm Mahle Group.

Mindlin was married to Guita Mindlin, who died in 2006, [2] and they had 4 children and 11 grandchildren.

He was the owner of the largest private library in Latin America, with more than 38,000 titles. A large number (about half) of the collection was donated to the University of São Paulo in May 2006, mostly regarding Brazilian studies. On March 23, 2013 a building was built in the university's campus specifically to maintain this massive library, named after the Guita and José Mindlin Foundation, who made the donation. [3] Mindlin had said he wanted to keep the library alive through the continuous growth of the collection and scientific contributions by academics.

Mindlin and Antônio Ermírio de Moraes were the only two Brazilian businessmen who refused cooperation with Henning Albert Boilesen in the sponsorship of the so-called Operação Bandeirante - a repressive structure to be created to cooperate with the military dictatorship in Brazil. Its main interface with the military regime and the business world was the businessman Henning Albert Boilesen. It is believed that Henning Albert Boilesen was supported by the CIA. [4] [5] The organization was responsible for torture, disappearance and extra judicial killings and kidnappings of numerous Brazilians who opposed the dictatorship. [6] [7]

After retiring from the business world, Mindlin was able to dedicate his time to a passion he had since he was 13: collecting and preserving rare books. The first rare edition in his collection was Discours sur l'Histoire universelle (Speech of Universal History), by Jacques-Bénigne Bossuet, published in 1740.

He was also a member of the Vitae Foundation and is the editor of Edusp publishing firm. 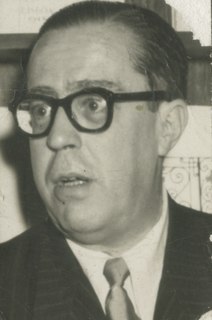 Fascism in South America is an assortment of political parties and movements modelled on fascism. Although originating and primarily associated with Europe, the ideology crossed the Atlantic Ocean between the world wars and had an influence on South American politics. Although the ideas of Falangism probably had the deepest impact in South America, largely due to Hispanidad, more generic fascism was also an important factor in regional politics. 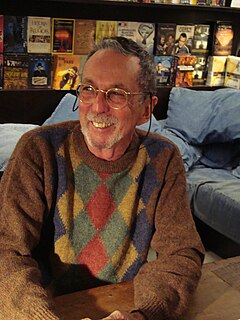 Gil Martins Felippe was a Brazilian scientist and writer. He was known as Gil Felippe in his most recent books. He was the son of Bernardina Martins Felippe, a teacher and Virgilio Felippe, an accountant.

Mario Guimarães Ferri was a Professor at the Universidade de São Paulo (USP). He was a research scientist, a lecturer, an editor, an administrator and also an artist. In his scientific work, he was a pioneer ecologist in Brazil. His power of communication linked to a great love of botany and the environment and a deep scientific knowledge made of him an exceptional lecturer. In his books and articles on science he informed the public about ecology and pollution – and in a very simple but precise language he presented the necessary data to understand the importance of the protection of the environment.

Cláudio Abramo was a Brazilian journalist and author. Born to Vincenzo Abramo and Iole Scarmagnan, his siblings are Athos Abramo, the Trotskyst activist Fúlvio Abramo, Beatriz Abramo, the actress Lélia Abramo, Mário Abramo and the engraver Livio Abramo. He was married to Hilde Weber, a cartoonist, who gave him a son, Claudio Weber Abramo, current executive director of the organization Transparência Brasil and a famous oppositor to political corruption in Brazil. Later he married Radha Abramo, who gave him two daughters. He was also Perseu Abramo's uncle.

Laurentino Gomes is a Brazilian journalist and writer. He is best known as the author of the trilogy of books that cover the history of Brazil and Portugal during the 19th century. He has already released two of the three books: 1808, about the transfer of the Portuguese Court to Brazil; and 1822, about the Independence of Brazil. He is about to release the third and final book of the series, 1889, about the Proclamation of the Republic.

Boris Fausto is a Brazilian historian, political scientist and writer.

Ruth Machado Lousada Rocha, most known as Ruth Rocha is a Brazilian writer of children's books. Together with Lygia Bojunga, Ana Maria Machado and Eva Furnari she is one of the leading exponents of the new wave of Brazilian children's literature. Rocha graduated in Political Sociology at the University of São Paulo and postgraduated in Educational Orientation in the Pontifical Catholic University of São Paulo. She became a member of the Paulista Academy of Arts since October 25, 2007, occupying the chair 38. 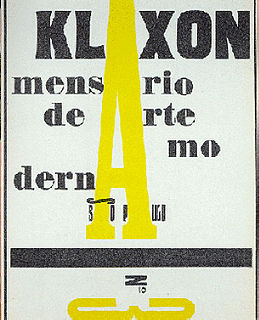 Klaxon - mensario de arte moderna(Klaxon- modern art monthly) was a Brazilian visual art and literary magazine, which ran from 15 May 1922 to January 1923. The publication was the main divulgator of the Brazilian Modernism, after the Week of Modern Art held in São Paulo. 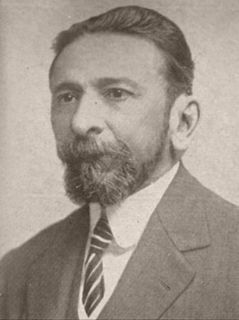 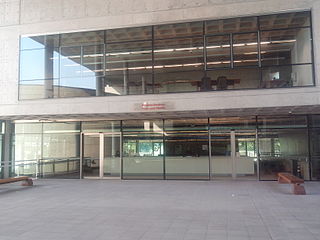 The project of the Biblioteca Brasiliana Guita e José Mindlin (BBM) began in January 2005 to hold the Brazilian collection gathered throughout eighty years by José Mindlin and his wife Guita. Important works for understanding the culture and history of Brazil compose the collection donated to the University of São Paulo in 2006. Among them, there are works of literature and history, travellers’ accounts, historical and literary manuscripts, documents, journals, maps, scientific and didactic books, iconography and artists’ books.