Joseph Aaron Pechman (April 2, 1918 – August 19, 1989) was a highly influential economist and taxation scholar in the United States. [1] He graduated from the City College of New York and the University of Wisconsin–Madison. He served as president of the American Economic Association and was a fellow of the American Academy of Arts and Sciences. He was also a senior fellow at the Brookings Institution. [2]

Pechman advocated income taxation, progressive tax rates, and tax reform. [3] He was a major figure in the Tax Reform Act of 1986.

A prolific author, Pechman published influential books such as "Gender in the Workplace" [4] and "How Taxes Affect Economic Behavior". [5]

Pechman was born in Borowie, Poland, in 1918. [6] Pechman was married and had two daughters, Ellen Pechman and Jane Pechman Stern.

Georgism, also called in modern times geoism and known historically as the single tax movement, is an economic ideology holding that, although people should own the value they produce themselves, the economic rent derived from land – including from all natural resources, the commons, and urban locations – should belong equally to all members of society. Developed from the writings of American economist and social reformer Henry George, the Georgist paradigm seeks solutions to social and ecological problems, based on principles of land rights and public finance which attempt to integrate economic efficiency with social justice.

The Committee for Economic Development of Australia (CEDA) is a bipartisan, non-profit, national, independent, member-based organisation providing thought leadership and policy perspectives on the economic and social issues affecting Australia.

Edward McCaffery is a tax law professor at the University of Southern California Law School and also a visiting professor of Law and Economics at the California Institute of Technology. At USC he is Robert C. Packard Trustee Chair in Law and Professor of Law, Economics and Political Science. He teaches Federal Income Taxation, Property, Intellectual Property, and Tax Law and Policy at USC, Law and Economics and Law and Technology at the California Institute of Technology. He also teaches Corporate Taxation, Federal Income Taxation, Partnership Taxation, Property and a Tax Policy seminar.

William G. "Bill" Gale is the Arjay and Frances Miller Chair in Federal Economic Policy and the former vice president and director of the Economic Studies Program at the Brookings Institution. He conducts research on a variety of economic issues, focusing particularly on tax policy, fiscal policy, pensions and saving behavior. He is also co-director of the Tax Policy Center, a joint venture of the Brookings Institution and the Urban Institute. Gale attended Duke University and the London School of Economics and received his Ph.D. from Stanford University in 1987.

Dr. John T. Scholz is the Francis Eppes Distinguished Professor of Political Science and a Courtesy Professor of Law at Florida State University. As the first political scientist to formulate the "regulation game," which was later extended in influential work on responsive regulation by John Braithwaite and Ian Ayres. Scholz is widely regarded as one of the leading political scientists addressing regulatory enforcement. 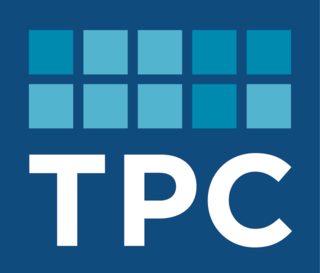 The Tax Policy Center (TPC), officially the Urban-Brookings Tax Policy Center, is a nonpartisan think tank based in Washington D.C. A joint venture of the Urban Institute and the Brookings Institution, it aims to provide independent analyses of current and longer-term tax issues, and to communicate its analyses to the public and to policymakers. TPC combines national specialists in tax, expenditure, budget policy, and microsimulation modeling to concentrate on five overarching areas of tax policy: fair, simple and efficient taxation, social policy in the tax code, business tax reform, long-term implications of tax and budget choices, and state tax issues.

David Frantz Bradford was a prominent American economist and professor of economics and public affairs in the Woodrow Wilson School at Princeton University. 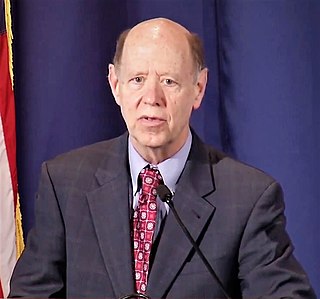 C. Eugene "Gene" Steuerle is an American economist, a Richard B. Fisher chair and Institute Fellow at the Urban Institute in Washington, DC, and a columnist under the title The Government We Deserve.

Leonard "Len" E. Burman is an American economist, tax policy expert, and author. He is currently an Institute Fellow at the Urban Institute, the Paul Volcker Chair in Behavioral Economics at the Maxwell School of Citizenship and Public Affairs at Syracuse University, and a Senior Research Associate at Syracuse University's Center for Policy Research. He is, with Joel Slemrod, the author of Taxes in America: What Everyone Needs to Know.

Jeffrey Richard Kling is the research director at the Congressional Budget Office, and was previously the associate director for economic analysis. Kling is also a faculty research fellow at the National Bureau of Economic Research and a senior investigator for the long-term evaluation of the Moving to Opportunity randomized housing mobility experiment. 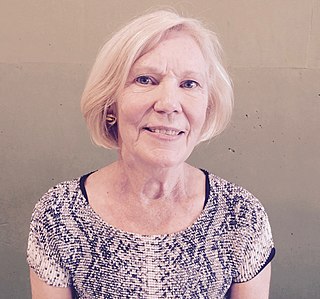 Clair Brown is Professor of Economics and Director of the Center for Work, Technology, and Society at the University of California, Berkeley. Brown is a past Director of the Institute of Industrial Relations (IRLE) at UC Berkeley. Brown has published research on many aspects of how economies function, including high-tech industries, development engineering, the standard of living, wage determination, poverty, and unemployment.