Joseph Graves Olney (October 9, 1849 – December 3, 1884) was a rancher and cattleman in what is now Cochise County, Arizona. He arrived there around 1877 and set up a ranch in the San Simon Valley. Olney moved from Texas under circumstances which were notorious.

Joseph Graves Olney was born in Burleson County, Texas to Joseph and Mary K. (Tanner) Olney on October 9, 1849. The family remained in Burleson until 1860, then they moved their ranch to Burnet County, Texas. In 1870, Olney married Agnes Jane Arnold and set up his own ranch in neighboring Llano County, Texas. About this time, Olney became friends with cowboy Johnny Ringo.

In 1872, Olney served in John Alexander's Company O of the Texas Minutemen and participated in action against Indian raiders. His name appears on the court dockets for minor indictments such as exhibiting a Monte Bank and gaming. Over the next few years, Olney, along with John Ringo and the Baird brothers, became involved in the Mason County Hoo Doo War. As the situation escalated, Scott Cooley and John Ringo were arrested and incarcerated in the Lampasas County jail. It is believed that Olney and John Baird were the leaders of the group that sprung the two out. It is also believed that Olney hid Ringo in Llano.

The morning of September 7, 1876 brought two riders, Deputy Sheriff S.B. Martin and Wilson Rowntree, to the Olney ranch. Not recognizing Olney, they asked where to ford the river. Olney directed them, and feeling suspicious, he followed the men. Martin and Rowntree then recognized Olney. A gun battle ensued in which Rowntree was wounded in the arm and Martin was killed. Olney attempted to exonerate himself by submitting his explanation to the local paper. He fled to New Mexico where he began using the alias Joe Hill. His name appeared on Governor Lew Wallace's list of outlaws. He was a wanted man listed as "Joseph Hill (alias Olney) killing a Deputy Shff. In Burnettown, Texas, sandy complected." [1]

By the late 1870s, Olney had purchased a ranch in Old Mexico at Nuevo Casas Grandes near Corralitos and established another ranch in the San Simon Valley of Arizona. He drove cattle between the two ranches and up to San Carlos Reservation for sale to Indian agents. On one such drive, Olney, John Ringo, Ike Clanton, and Al Turner hurrahed the town of Safford, Arizona, a typical cowboy behavior. Olney and Ringo were present at the 1881 killing of Dick Lloyd. The two men and others were playing cards in the saloon when the drunk Dick Lloyd shot Ed Mann, mounted Olney's horse, and rode into the saloon. Lloyd was shot by Jack O'Neal. Olney and Ringo also rode together as part of the 1882 posse who pursued the Earps after the vendetta killings of Frank Stilwell and a Mexican, Florentino Cruz. [2]

After John Ringo's death in 1882, Joseph Olney's life finally began to settle down. He died on December 3, 1884 survived by his wife, Agnes Jane, and five children under the age of 15.

From The Willcox Stockman we learn that Joe Hill, a well-known cattle man, met with a fatal accident at Bowie, on Wednesday of last week. While driving cattle into a corral, riding at a full gallop, his horse stumbled and fell. Mr. Hill was thrown violently to the ground and received internal injuries from which he died within an hour. [3] [4] 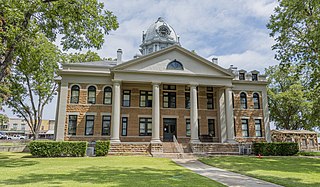 Mason County is a rural county located on the Edwards Plateau in the U.S. state of Texas. At the 2010 census, its population was 4,012. Its county seat is Mason. The county is named for Fort Mason, which was located in the county. 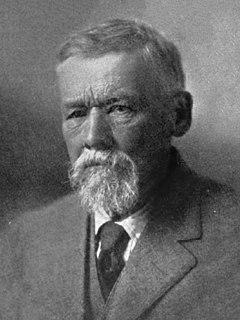 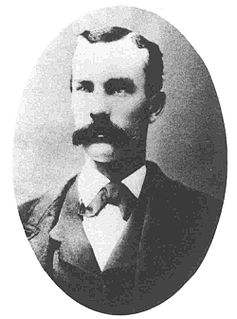 John Peters Ringo, better known as Johnny Ringo, was an American Old West outlaw loosely associated with the Cochise County Cowboys in frontier boomtown Tombstone, Arizona Territory. He took part in the Mason County War during which he committed his first murder. He was arrested and charged with murder, but escaped from jail shortly before his death. He was affiliated with Cochise County Sheriff Johnny Behan, Ike Clanton, and Frank Stilwell during 1881–1882. He got into a confrontation in Tombstone with Doc Holliday and was suspected by Wyatt Earp of having taken part in the attempted murder of Virgil Earp and the ambush and death of Morgan Earp. Ringo was found dead with a bullet wound to his temple. Modern writers have advanced various theories attributing his death to Wyatt Earp, Doc Holliday, Frank Leslie, and Michael O'Rourke.

William Brocius, better known as Curly Bill Brocius, was a gunman, rustler and an outlaw Cowboy in the Cochise County area of the Arizona Territory during the late 1870s and early 1880s. His name is likely an alias or nickname, and some evidence links him to another outlaw named William "Curly Bill" Bresnaham, who was convicted of an 1878 attempted robbery and murder in El Paso, Texas. 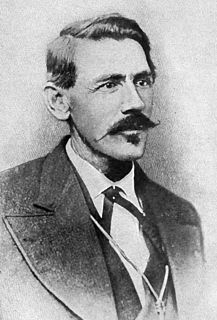 John Simpson Chisum was a wealthy cattle baron in the American West in the mid-to-late 19th century. He was born in Hardeman County, Tennessee, and moved with his family to the Republic of Texas in 1837, later finding work as a building contractor. He also served as county clerk in Lamar County. He was of Scottish, English, and Welsh descent.

Chalkley McArtor "Chalk" Beeson was a well-known businessman, lawman, cattleman and musician but was best known for his ownership of the famous Long Branch Saloon in Dodge City, Kansas.

Scott Cooley was an Old West Texas Ranger and later outlaw, best known for his association with gunman Johnny Ringo. 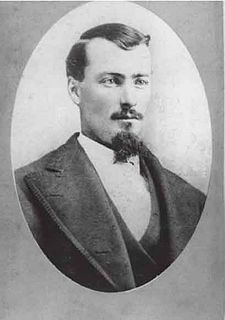 Frank McLaury born Robert Findley McLaury was an American outlaw. He and his brother Tom owned a ranch outside Tombstone, Arizona, Arizona Territory during the 1880s, and had ongoing conflicts with lawmen Wyatt, Virgil, and Morgan Earp. The McLaury brothers repeatedly threatened the Earps because they interfered with the Cowboys' illegal activities. On October 26, 1881, Tom, Frank, and Billy Clanton were killed in the Gunfight at the O.K. Corral. 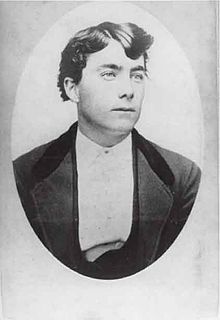 Tom McLaury was an American outlaw. He and his brother Frank owned a ranch outside Tombstone, Arizona, Arizona Territory during the 1880s. He was a member of a group of outlaws Cowboys and cattle rustlers that had ongoing conflicts with lawmen Wyatt, Virgil, and Morgan Earp. The McLaury brothers repeatedly threatened the Earps because they interfered with the Cowboys' illegal activities. On October 26, 1881, Tom and Frank were both killed in the Gunfight at the O.K. Corral in Tombstone, Arizona Territory. The Tombstone shootout was his only gunfight. 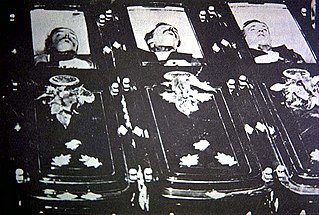 William Harrison Clanton was an outlaw Cowboy in Cochise County, Arizona Territory. He, along with his father Newman Clanton and brother Ike Clanton, worked a ranch near the boomtown of Tombstone, Arizona Territory and stole livestock from Mexico and later U.S. ranchers.

The John Kinney Gang, also known as the Rio Grande Posse, was an outlaw gang of the old West, which operated during the mid-1870s into the mid-1880s.

Charles "Pony Diehl" Ray was an Old West outlaw in the New Mexico Territory and Arizona Territory. He was accused by Wyatt Earp of having taken part in an attempt to kill his brother, Virgil Earp. Diehl was not tried due to a lack of evidence.

Loyal Valley is an unincorporated farming and ranching community, established in 1858, and is 6 miles (9.7 km) north of Cherry Spring in the southeastern corner of Mason County, in the U.S. state of Texas. The community is located near Cold Spring Creek, which runs east for 7.5 miles (12.1 km) to its mouth on Marschall Creek in Llano County, just west of Loyal Valley. The community is located on the old Pinta Trail.

Ludwig "Louis" Martin was with the first settlers to Fredericksburg, Texas. He was the first sheriff of Gillespie County, and also served as District Clerk of the county. Martin was a co-founder of the Mason County community of Hedwigs Hill.

Cochise County in southeastern Arizona was the scene of a number of violent conflicts in the 19th-century and early 20th-century American Old West, including between white settlers and Apache Indians, between opposing political and economic factions, and between outlaw gangs and local law enforcement. Cochise County was carved off in 1881 from the easternmost portion of Pima County during a formative period in the American Southwest. The era was characterized by rapidly growing boomtowns, the emergence of large-scale farming and ranching interests, lucrative mining operations, and the development of new technologies in railroading and telecommunications. Complicating the situation was staunch resistance to white settlement from local Native American groups, most notably during the Apache Wars, as well as Cochise County's location on the border with Mexico, which not only threatened international conflict but also presented opportunities for criminal smugglers and cattle rustlers. 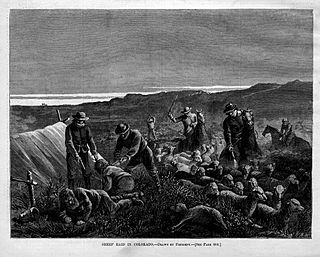 The Sheep Wars, or the Sheep and Cattle Wars, were a series of armed conflicts in the Western United States which were fought between sheepmen and cattlemen over grazing rights. Sheep wars occurred in many western states though they were most common in Texas, Arizona and the border region of Wyoming and Colorado. Generally, the cattlemen saw the sheepherders as invaders, who destroyed the public grazing lands, which they had to share on a first-come, first-served basis. Between 1870 and 1920, approximately 120 engagements occurred in eight different states or territories. At least 54 men were killed and some 50,000 to over 100,000 sheep were slaughtered. 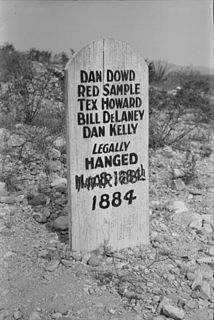 The Bisbee massacre occurred in Bisbee, Arizona, on December 8, 1883, when six outlaws who were part of the Cochise County Cowboys robbed a general store. Believing the general store's safe contained a mining payroll of $7,000, they timed the robbery incorrectly and were only able to steal between $800 to $3,000, along with a gold watch and jewelry. During the robbery, members of the gang killed four people, including a lawman and a pregnant woman. Six men were convicted of the robbery and murders. John Heath, who was accused of organizing the robbery, was tried separately and sentenced to life in prison. The other five men were convicted of murder and sentenced to hang.