Joseph John Spengler (19 November 1902 – 2 January 1991) was an American economist, statistician, and historian of economic thought. [1] A recipient of the 1951 John Frederick Lewis Award of the American Philosophical Society and the 1981 Distinguished Fellow Award from the History of Economics Society, [2] [3] he was Professor Emeritus of Economics at Duke University at the time of his death.

Spengler was born in Piqua, Ohio. He graduated from the Piqua High School and initially studied journalism at college, but dropped out after his first year to become a crime reporter. [4] A year later he returned to higher education, at first studying sociology and political science, but eventually gravitating to economics. He received his B.A., M.A., and PhD from Ohio State University, where his 1930 doctoral dissertation was a comparative study on the fertility rates of native-born and immigrant women in the United States. [5] After a stint teaching at the University of Arizona he joined the faculty of Duke University in 1932, initially as a visiting professor, and became a permanent member of the faculty in 1934. [6] He was to remain there until his retirement as the James B. Duke Professor of Economics in 1972. With Earl J. Hamilton, Spengler established the university's first graduate level program in Economic History as well as the History of Political Economy (HOPE) research group. [7]

During World War II, he worked for the Office of Price Administration as the price executive for the Southeastern region of the United States and over the years held several other advisory posts to the US government and the United Nations. His interest in population studies and the demographic aspects of economics reflected in his doctoral dissertation, became a major focus of his research and writing throughout his career. His first book, France Faces Depopulation, published in 1938, examined the cultural and political causes of France's pre-World War II population decline, [8] and one of his last major books was The Economics of Individual and Population Aging, published in 1980. In 1972, Duke University Press published a collection of his classic essays in the area: Population Economics: Selected Essays of Joseph J. Spengler.

Joseph Spengler died in Durham, North Carolina from Alzheimer's disease at the age of 88. [9] He was survived by his wife, the former Dorothy Marie Kress. The couple married in 1927 and were co-authors of "Maintenance of Postwar Full Employment" (1944). [10] [11] Spengler's 1978 book, Facing Zero Population Growth: Reactions and Interpretations, Past and Present has the dedication:

To Dorothy Kress Spengler, my wife, companion, and co-worker for fifty years [12]

In 2004, the History of Economics Society established the annual Joseph J. Spengler Prize for the best book published on the history of economics. [13]

Distributism is an economic theory asserting that the world's productive assets should be widely owned rather than concentrated. Developed in the late 19th and early 20th centuries, distributism was based upon the principles of Catholic social teaching, especially the teachings of Pope Leo XIII in his encyclical Rerum novarum (1891) and Pope Pius XI in Quadragesimo anno (1931).

Oswald Manuel Arnold Gottfried Spengler was a German historian and philosopher of history whose interests included mathematics, science, and art and their relation to his cyclical theory of history. He is best known for his two-volume work, The Decline of the West, published in 1918 and 1922, covering all of world history. Spengler's model of history postulates that any culture is a superorganism with a limited and predictable lifespan.

Fertility is the natural capability to produce offspring. As a measure, fertility rate is the number of offspring born per mating pair, individual or population. Fertility differs from fecundity, which is defined as the potential for reproduction A lack of fertility is infertility while a lack of fecundity would be called sterility. 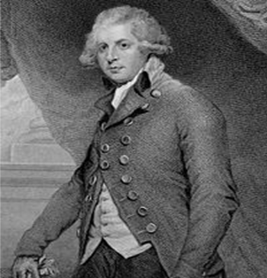 Richard Cantillon was an Irish-French economist and author of Essai sur la Nature du Commerce en Général, a book considered by William Stanley Jevons to be the "cradle of political economy". Although little information exists on Cantillon's life, it is known that he became a successful banker and merchant at an early age. His success was largely derived from the political and business connections he made through his family and through an early employer, James Brydges. During the late 1710s and early 1720s, Cantillon speculated in, and later helped fund, John Law's Mississippi Company, from which he acquired great wealth. However, his success came at a cost to his debtors, who pursued him with lawsuits, criminal charges, and even murder plots until his death in 1734.

Ansley Johnson Coale, was one of America's foremost demographers. A native to Baltimore, Maryland, he earned his Bachelor of Arts in 1939, his Master of Arts in 1941, and his Ph.D. in 1947, all at Princeton University. A long-term director of the Office of Population Research at Princeton, Coale was especially influential for his work on the demographic transition and leadership of the European Fertility Project.

Enid Charles was a British socialist, feminist and statistician who was a pioneer in the fields of demography and population statistics.

Craufurd D. W. Goodwin was an historian of economic thought and the James B. Duke Professor Emeritus of Economics, Vice-Provost, and Dean of the Graduate School at Duke University. His work for the Ford Foundation is included in the Duke University archives, and the Craufurd D. W. Goodwin Papers (1960-2000) are in the collection of Duke University's David M. Rubenstein Rare Book & Manuscript Library. He was editor of the scholarly journal HOPE and a member of the Center for the Study of Political Economy.