Born on 2 September 1824 at 3 Gray's Walk, Lambeth, he was a younger son (in a family of 13 children) of Joseph Ebsworth and Mary Emma Ebsworth, writer for the stage; Thomas Woodfall, son of Henry Sampson Woodfall, was his godfather. In 1828 the family moved to Edinburgh. [1]

At 14 Ebsworth entered the board of trustees' school of art, where he studied successively under Charles Heath Wilson, Sir William Allan, and David Scott. In 1848 he went to Manchester to serve as chief artist to Faulkner Bros., a firm of lithographers who were busy with railway plans during the Railway Mania. He soon left for Glasgow, where he became a master at the School of Design. [1]

In July 1853 Ebsworth started on a solitary walking tour through central Europe and Italy. He returned to Edinburgh in 1854, and busied himself until 1860 with painting, engraving, and writing prose and verse for the press. [1]

In January 1871 Ebsworth became vicar of Molash near Ashford. The parishioners were few and poor, and he raised money outside the parish to build a vicarage. Most of his time at Molash was spent on literary work, and research in the British Museum. He was elected a Fellow of the Society of Antiquaries of London in 1881. [1]

In 1894 Ebsworth retired from Molash vicarage to live privately at Ashford. There he died on 7 June 1908; he was buried in Ashford cemetery. His library was sold in 1907. A portrait in early life was painted by Thomas Duncan. [1]

In 1849 Ebsworth exhibited for the first time at the Scottish Academy, sending four large water-colour views of Edinburgh. One of these pictures (the north view) he engraved privately. In 1850 he sent a picture illustrating Alfred Tennyson's Locksley Hall . [1]

Ebsworth published at Edinburgh two collections of prose and verse, Karl's Legacy (2 vols. 1867) and Literary Essays and Poems (1868). He then produced a series of reprints of popular poetic literature. In 1875, he published editions of The Westminster Drolleries of 1671 and 1672, and The Merry Drolleries of 1661 and 1670. The Choyce Drolleries of 1656 followed next year. [1]

For the Ballad Society, Ebsworth edited the Bagford Ballads from the British Museum (2 pts. 1876-8), together with the Amanda Group of Bagford Poems (1880). His major work for the Ballad Society was the completion of its edition of the Roxburghe collection of ballads in the British Museum. William Chappell had edited three volumes (1860–79); from 1879 onwards Ebsworth continued Chappell's work and published volumes iv. to ix. of the Roxburghe collections between 1883 and 1899. The separate pieces numbered 1400, and Ebsworth classified them under historical and other headings, bringing together, for example, Early Naval Ballads (1887), Early Legendary Ballads (1888), Robin Hood Ballads (1896), and Restoration Ballads (1899). Ebsworth added introductions, and notes reflecting his Tory politics, as well as original verse, and his hand woodcuts after the original illustrations. He printed in 1887, for private circulation, 150 copies of Cavalier Lyrics for Church and Crown. [1]

On 29 May 1865 Ebsworth married Margaret, eldest daughter of William Blore, rector of Goodmanham, East Yorkshire. She died on 18 April 1906, leaving no issue. [1]

Andrew Barton "Banjo" Paterson, was an Australian bush poet, journalist and author. He wrote many ballads and poems about Australian life, focusing particularly on the rural and outback areas, including the district around Binalong, New South Wales, where he spent much of his childhood. Paterson's more notable poems include "Clancy of the Overflow" (1889), "The Man from Snowy River" (1890) and "Waltzing Matilda" (1895), regarded widely as Australia's unofficial national anthem.

Alexander Balloch Grosart was a Scottish clergyman and literary editor. He is chiefly remembered for reprinting much rare Elizabethan literature, a work which he undertook because of his interest in Puritan theology. 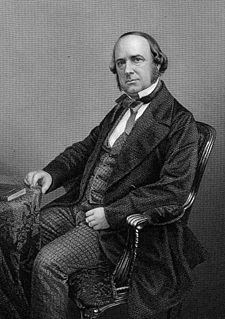 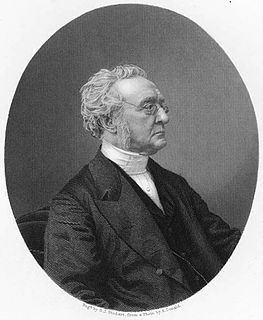 George Gilfillan was a Scottish author and poet. One of the spasmodic poets, Gilfillan was also an editor and commentator, with memoirs, critical dissertations in many editions of earlier British poetry.

William Edmondstoune Aytoun FRSE was a Scottish poet, lawyer by training, and professor of rhetoric and belles lettres at the University of Edinburgh. He published poetry, translation, prose fiction, criticism and satire and was a lifelong contributor to the Edinburgh literary periodical Blackwoods Magazine. He was also a collector of Scottish ballads.

Alfred Austin was an English poet who was appointed Poet Laureate in 1896, after an interval following the death of Tennyson, when the other candidates had either caused controversy or refused the honour. It was claimed that he was being rewarded for his support for the Conservative leader Lord Salisbury in the General Election of 1895. Austin's poems are little-remembered today, his most popular work being prose idylls celebrating nature.

The Bagford Ballads were English ballads collected by John Bagford for Robert Harley, first Earl of Oxford. Bagford was originally a cobbler, but he became a book collector in his later years, and he assembled this set of ballads from the materials he had been collecting. Harley was interested in all sorts of antiquarian literature, and the Harleian collection is a major contribution to scholarship.

William Basse (c.1583–1653?) was an English poet. A follower of Edmund Spenser, he is now remembered principally for an elegy on Shakespeare. He is also noted for his "Angler's song", which was written for Izaak Walton, who included it in The Compleat Angler.

The Wood Street Compter was a small prison within the City of London in England. It was primarily a debtors' prison, and also held people accused of such misdemeanours as public drunkenness, although some wealthier prisoners were able to obtain alcohol through bribery. The prison was built and opened in 1555, replacing the earlier Bread Street Compter, from which many prisoners were transferred. Wood Street was closed and replaced by Giltspur Street Compter in 1791.

"King John and the Bishop" is an English folk-song dating back at least to the 16th century. It is catalogued in Child Ballads as number 45 and Roud Folk Song Index 302. 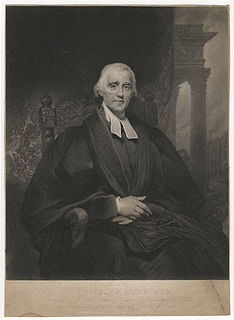 Many a true word is spoken in jest is an adage, aphorism or proverb. A version of this appears in the Prologue to "The Cook's Tale" by Geoffrey Chaucer: "Ful ofte in game a sooth I have herd saye!".

A Ballad upon the Popish Plot is an early modern English broadside ballad about a fabricated conspiracy known as "The Popish Plot" that occurred between 1678 and 1681 in the Kingdoms of England and Scotland, during a period of widespread social and cultural prejudice against Catholicism. The song records an indictment of the Plot—a crucial consequence of national religious conflict that arguably began with the English Reformation—in the form of the ballad, one of the most time-honored and influential styles of popular music.

Amintor's Lamentation for Celia's Unkindness is an English broadside ballad from the 17th century that tells the story of a young man who falls in love with a "coy" woman who does not love him back. He pursues his love to the point that she must leave the country. The ballad begins with Amintor lamenting Celia's refusal to return his love, and concludes with Celia's response, in which she accuses Amintor of using charm and arts to try to steal her purity. Sung to the tune of "Since Celia's My Foe." Copies of the broadside can be found in the British Library and the National Library of Scotland. On-line transcriptions of the ballad are also available for public consumption.

The Beggars Chorus OR The Jovial Crew is an English broadside ballad from the mid-18th century. It celebrates the life of a beggar, and treats begging as a legitimate English trade. Sung to the tune of A Begging We Will Go. Copies of the broadside can be found in the British Library, the National Library of Scotland, and the Huntington Library.

David Cooke Gibson was a Scottish painter and poet.